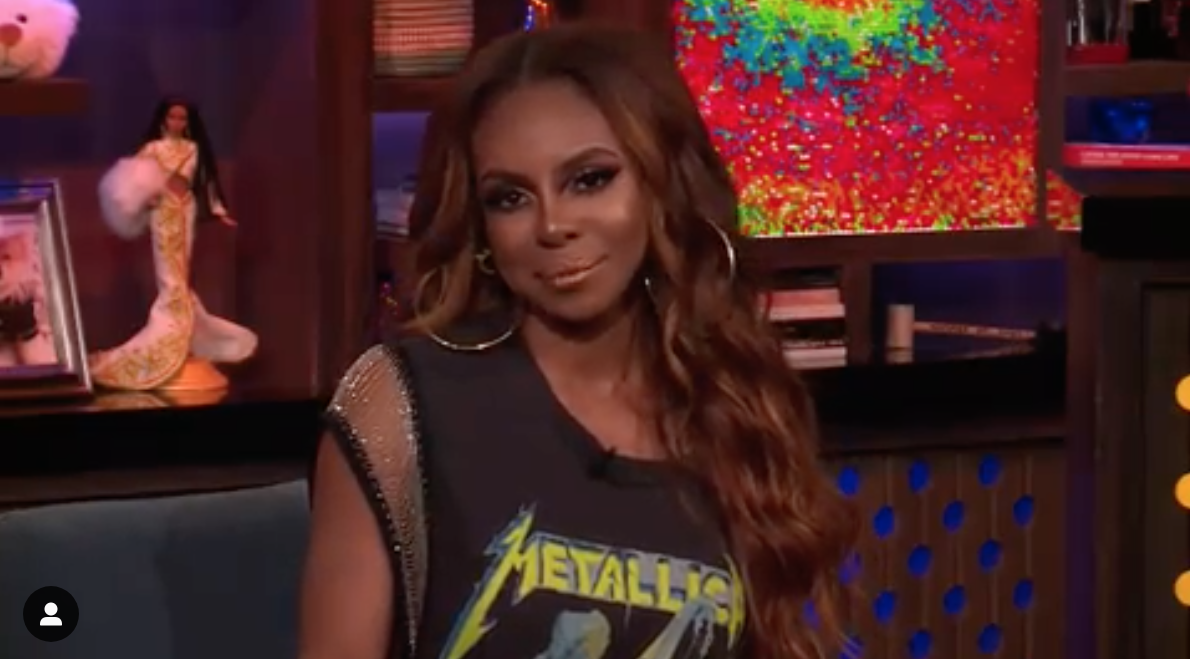 I thought we were past the whole metal t-shirt as a fashion accessory phase in mainstream fashion? Previously, we saw Gucci co-opt an AC/DC logo, Avalone create a hoodie inspired by a Mortician logo and a fashion magazine call metal "the look of the summer." High-end fashion line Vetements featured corpse paint during their fashion show earlier this year, so maybe the trend isn't gone just yet.

Case in point: The Real Housewives of Potomac star Candiace Dillard was sporting a customized Metallica "And Justice For All" t-shirt that was turned into a dress when appearing on the live Bravo! talk show Watch What Happens Live!. The show features live call-in questions from listeners and one caller decided to ask Candiace if she had ever heard of Metallica. The results were pretty hilarious:

A post shared by Watch What Happens Live! (@bravowwhl)

While I would never do it, I do not believe a person needs to know about a band to rock a cool shirt design. She said it herself, she wore it because it looked cool. And, she wore it on broadcast television and created a moment out of it. Maybe that would encourage some views to check out this hip, young band, Metallica, and actually get into metal.

One person who probably doesn't approve is Dee Snider. Earlier this year, he commented "Gotta say, this new trend of non-metal fans wearing vintage metal T's if pretty sickening. Metal is not ironic! Dicks. It's not just the wearing of our metal T's, it's their cherry picking of our style #skulls #metalhorns These are OUR symbols; OUR image."

Just remember, how many fans has Iron Maiden made because somebody happened to see another person wearing a sick Maiden shirt? The more the merrier for heavy metal.

In spite of all these metal posers, there are plenty of legit celebrity metalheads, which we've listed below.