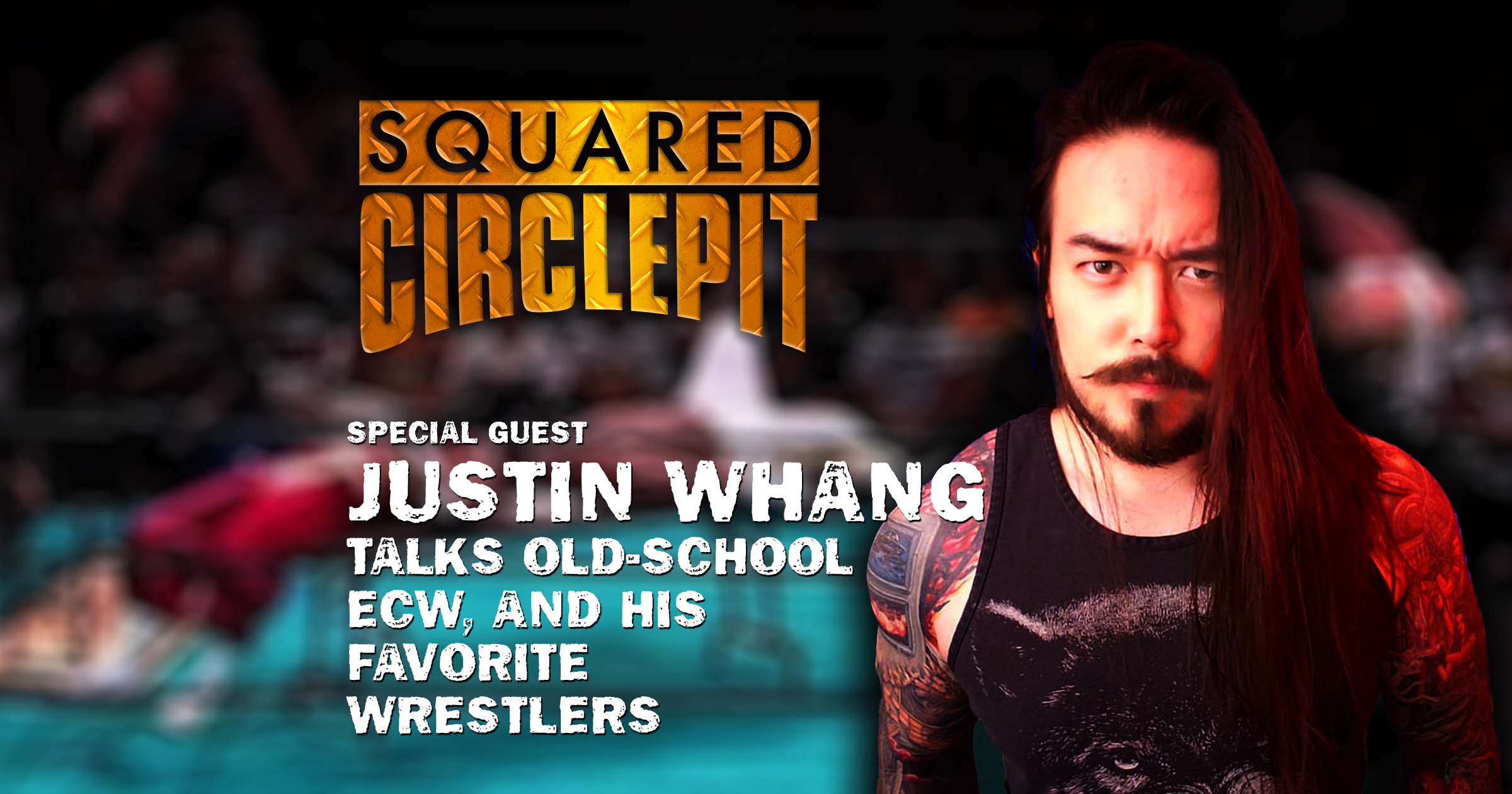 Internet sensation Justin Whang enters the Squared Circle Pit. He talks about his favorite wrestlers and metal bands growing up, staying up late to watch ECW, his thoughts on the current WWE vs. AEW scene, going to an AEW live show, and his band, Jynx referencing the best old school ECW PPV.