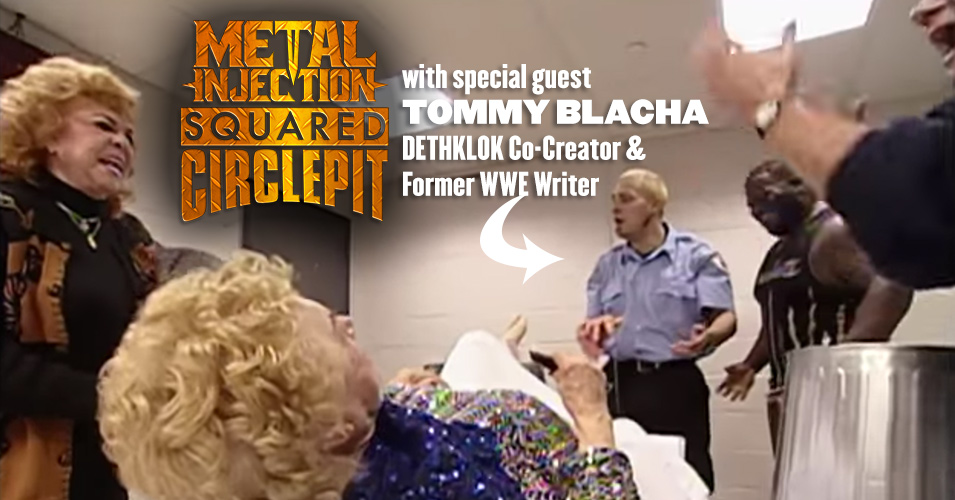 Did you know that Dethklok co-creator Tommy Blacha also was a writer for WWE (then WWF) between 1999 and 2001? I was delighted that he took some time out of his busy schedule to talk about me about his experiences in the WWF when he worked there. Tommy talks about landing the job, taking over for Vince Russo, the Triple H/Stephanie McMahon wedding storyline, delivering Mae Young's hand, the angle with Steve Austin getting run over by a car, and working with Edge and Christian. We also talk about how writing a wrestling show is a lot like writing a comedy show and end the interview with Tommy offering his opinion on last night's WWE Elimination Chamber.

At least all three guys in the band are together.