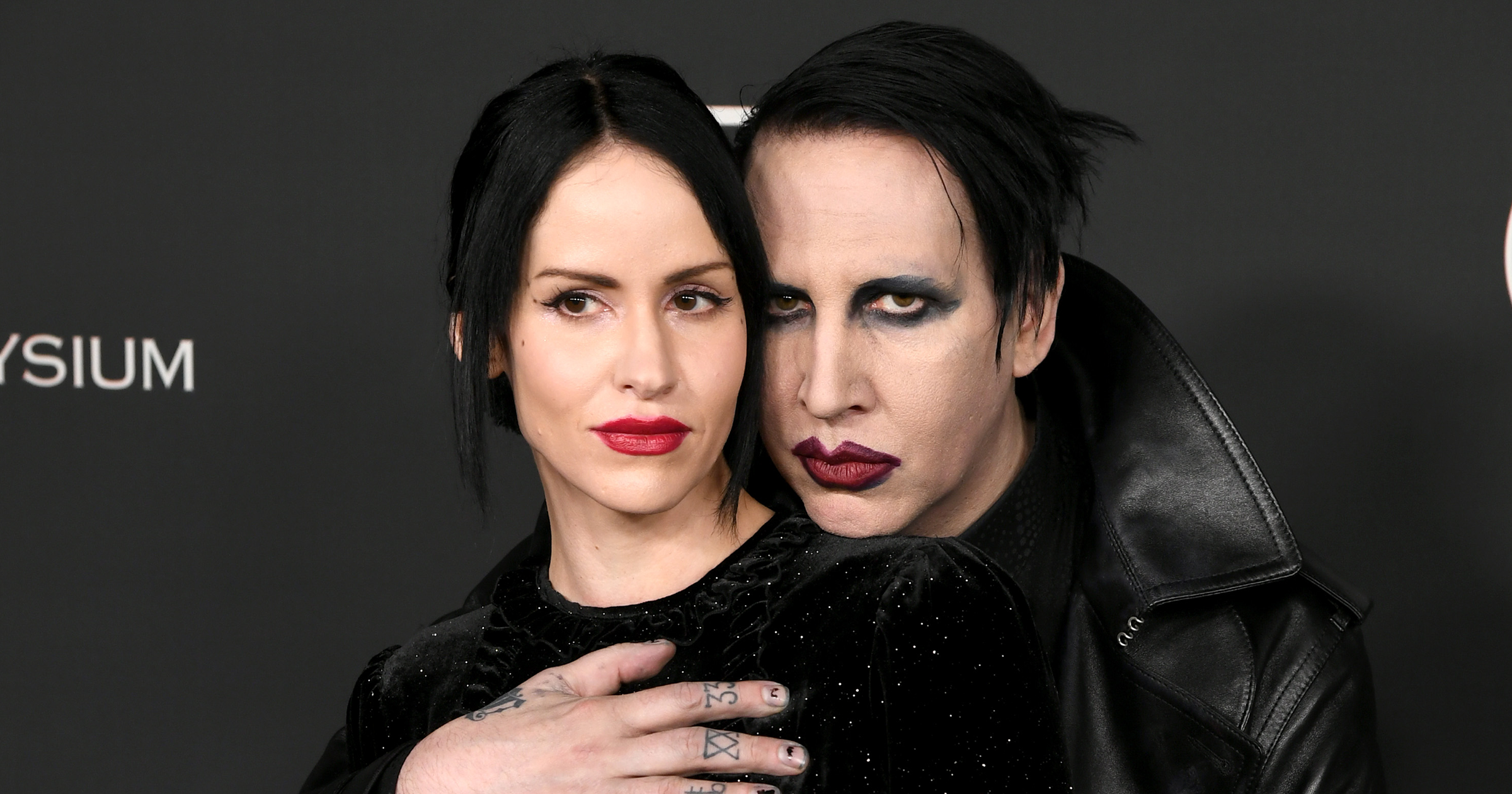 Even before Evan Rachel Wood publicly named Marilyn Manson as her abuser, one of his former personal assistants, Dan Cleary backed up her claims of abuse. In a recent podcast interview, Clearly is now alleging that he witnessed Manson threatening to kill his wife, photographer Lindsay Usich.

Cleary made the revelation on a recent appearance on Rare Form Radio. He details abuse allegations that took place between 2014 and 2015. He doesn't name Usich outright but says the incidents involved Manson's "then-girlfriend" and "now wife."

“I saw some physical abuse as far as like pushing and throwing things at her and a lot of like violent outbursts around her ― breaking things. A lot of mental abuse and name-calling and threats.” Cleary said on the podcast.

“There were times when Manson would tell her that he’s going to kill her and cut her up and that I’m going to bury her in the desert ― me. He would leave the room and I would [tell her], ‘You’re going to be fine. I’m not going to do any of that. Let’s get you to a hotel.’”

Last September, Cleary posted a thread of Twitter posts exposing Manson's alleged abuse. At the time he wrote he "worked directly with Marilyn Manson in 2007-2008 for his touring band when Evan Rachel Wood was with him. She was on tour with us the entire time. Over the course of one year he turned her into a different person. He broke her. I didn't totally realize until later in life."

"I then starting working for him as his personal assistant in 2014-2015. I saw first hand, over and over him being an abusive violent boyfriend to his girlfriend Lindsay. Over the almost two year stretch I saw her in tears and him screaming and belittling her more often than I didn’t."

"He would threaten to kill her, cut her up, bury her, embarrass her to the world. Making her cry and fear him made him feel good. He would remind her that she’d be homeless without him and make fun of her learning disabled family member."

"Everyone in his immediate circle knows this. But everyone (including myself) is afraid to say anything because of “the code”. It's frowned upon to tell people’s private business."

"Those of us that stay quiet do it because we were making a living. And it’s hard to find work in music if you can’t keep your mouth shut. But enough is enough. His fans will be angry and not believe it because they don’t want to. I understand that. I’m sorry to them. But it's true."

"I will also say that a reason I stayed quiet is because of a kind thing he did. On tour in 2007, my stepmom died suddenly. The Manson camp flew me home for a week on their dime and paid me anyway. I will still never forget that and it sincerely meant a lot to me."

"But as I see so many people defending him and calling his accusers liars I’ve just had enough. Believe them, I saw it. I have nothing to gain from this and plenty to lose. There are people in his band/crew that I’m still close to. My apologies to them. But they also know I’m right."

"He is a brilliant musician, an incredibly smart & funny man. But he’s also a mentally & physically abusive drug addict that has the ability to be super kind & emotional. It’s hard to wrap your head around. I’m not asking for him to be “canceled”, fuck ALL that cancel stuff."

"My sole focus is for people to not call these women liars. They’re not. Manson gave me a living for a long time, gave me great music as a kid, I appreciate the opportunities. I saw the entire world for the 1st time with him. This was not easy but I had to do it. I stand by it."

On February 1st, actress Evan Rachel Wood publicly named Manson as her abuser, after previously detailing being mentally and physically tortured by an older man when she was 18-years-old. You can see the details of her accusations here. She later elaborated that Manson "started grooming me when I was a teenager and horrifically abused me for years," adding "I was brainwashed and manipulated into submission." Wood released a second statement accusing Manson and his current wife of trying to blackmail her into silence.

Manson's previous wife, Dita Von Teese responded to concern from fans by addressing the situation, saying she was never abused by Manson. Sharon Osbourne also spoke positively of her relationship with Manson but said she did not keep tabs on his personal life. Actor Corey Feldman accused Manson of emotional abuse. The FBI has opened an investigation into the abuse claims.