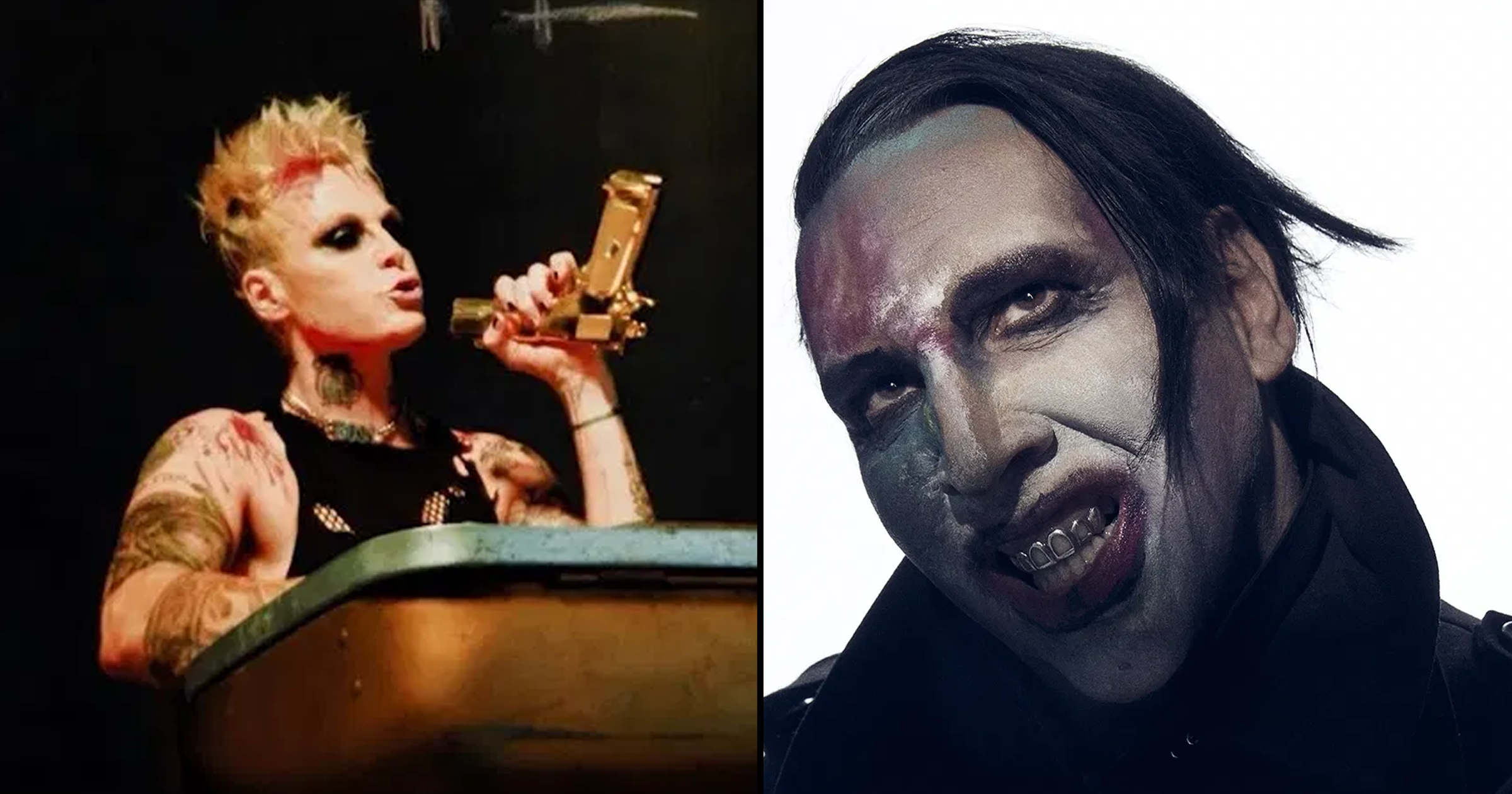 Otep Shamaya is the latest to speak up with claims of abuse against Marilyn Manson. In a new message posted to her social media accounts, she accuses Manson of abusing his current wife, Lindsay Usich.

Manson and Usich had been dating since 2012, and secretly married in 2020. Otep writes in a statement that she dated a woman who was friends with Usich, and Usich would call their house late at night "hysterical" because Manson was on "another drug binge, threatening her life, throwing knives at her that stuck in the wall & verbally assaulting her."

Otep claims her ex-girlfriend would say that Manson was "paranoid, gacked [slang for either amphetamines or cocaine] out of his mind, accusing his wife of cheating with an imaginary person."

WARNING: UNPOPULAR OPINION COMNG: Hey everyone, ok, I've been getting a lot of requests regarding my thoughts on Manson. I don't normally discuss personal stuff but since all this evidence is coming out that he's sexually & physically assaulted a number of women and minors not to mention being a sexist and a Nazi sympathizer, I've decided to tell you what I know:
I was a HUGE fan of his. I even wore his shirt on Ozzfest when ppl were blaming him for Columbine. And I've met him many times. We have mutual friends including Gene Simmons son, Nick Simmons. Manson even told one of my fans he was afraid of me after SEVAS TRA was released which I took as a HUGE compliment.
But then I dated a woman who was friends with his current wife Lyndsay (and her twin sister – who's married to James Iha of A Perfect Circle) and Lyndsay used to call our house In the early hours & I was told she hysterical bcz he was on another drug binge, threatening her life, throwing knives at her that stuck in the wall & verbally assaulting her. We offered many times to have her come to mine bcz he would NEVER come face ME with that bullshit (believe it) but sadly she wouldn't leave him. So, my ex would be calm and talk her down until Manson realized she was on the phone and he whoa'd down.
But then he started calling in the early hours. I was told he was paranoid, gacked out of his mind, and accusing his wife of cheating with an imaginary person who had blonde hair with a blonde mustache named "Don" who he, I'm told, saw on his security cameras and was "fucking his wife".
Look. This is heartbreaking for all the women he's hurt but also for all the fans who always had his back – like ME.
BUT — He's not the Luciferian evil everyone thinks he is. He's just a violent junkie who chooses to bully and, according to reports, physically & sexually attacks women who he thinks are weaker than he is. I say …may he rot. #OTEP

Otep's description of events match those of the other women that have come forward earlier this week – actress Evan Rachel Wood being the one who sparked the entire revelation.

Wood named Manson as her abuser earlier this week, and she began signal-boosting other women who spoke the abuse they alleged Manson caused to them. She also boosted a Twitter thread from this past fall of a former Manson personal assistant backing her claims. Another accuser has since come forward saying Manson pulled a gun on her and accused him of drugging his girlfriend at the time. Manson's ex-wife Dita Von Teese said she did not experience any physical abuse from Manson and left due to infidelity and drug use.