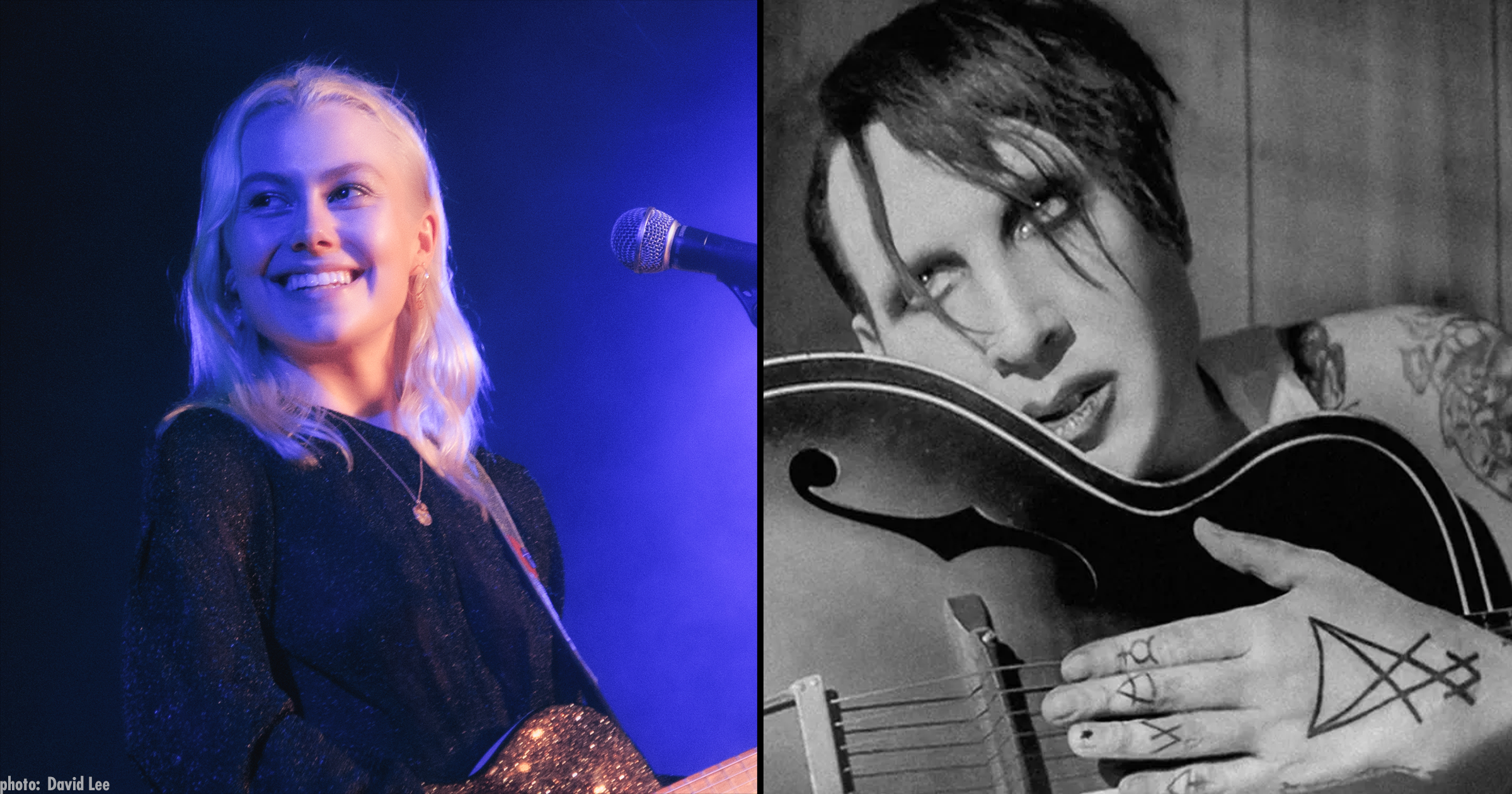 Another musician has spoken out about their experience with Marilyn Manson. After actress Evan Rachel Wood publicly named Marilyn Manson as her abuser earlier this week, multiple artists have gone public with negative experiences with Manson.

Limp Bizkit's Wes Borland, who played with Manson in 1998, was the first to speak out, and said that everything Wood was saying was true. Trent Reznor released a statement denouncing him. Last night, Otep accused Manson of abusing his current wife, who would then call Otep's house in hysterics.

Musician Phoebe Bridgers says when she was a teenager, Manson told her about his "rape room." Her statement in full:

“I went to Marilyn Manson’s house when I was a teenager with some friends. I was a big fan. He referred to a room in his house as the ‘rape room,’ I thought it was just his horrible frat boy sense of humor. I stopped being a fan. I stand with everyone who came forward.

“The label knew, management knew, the band knew. Distancing themselves now, pretending to be shocked and horrified is fucking pathetic.”

Wood's testimony detailed being mentally and physically tortured by an older man when she was 18-years-old. You can see the details of her accusations here. Wood also began  signal-boosting other women who spooke of the abuse they alleged Manson caused to them. Another accuser has since come forward saying Manson pulled a gun on her and accused him of drugging his girlfriend at the time. A former Manson personal assistant has backed Wood's claims. Manson has been dropped by his label, his talent agency and two shows he was working on.