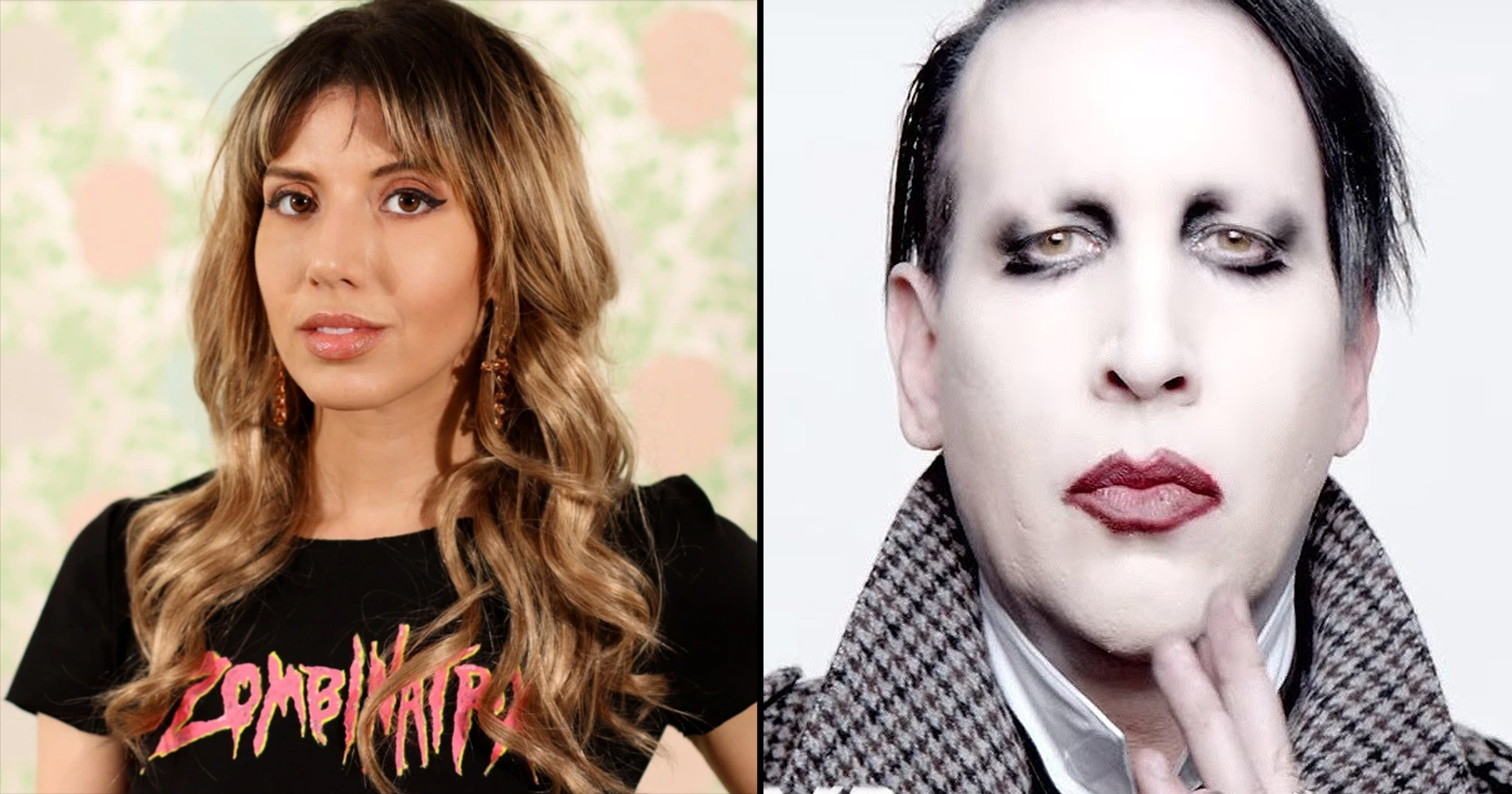 Actress Bianca Allaine is the latest to come forward with allegations against Marilyn Manson. Allaine claims Manson "forcefully kissed her" in 1995 when she was 16, and three years later the duo would enter a relationship where Manson would regularly "humiliate" her. She says she's going to meet with the FBI to tell them her claims.

Allaine told UK tabloid The Sun that Manson also groped and fondled some of her underage friends at the time. She claims Manson has a "Jekyll and Hyde" personality.

As for the initial kiss, she said she and a group of her friends were invited to his tour bus after a show in 1999 and that's where Manson acted inappropriately, making her sit on his lap.

"I was kind of pulling away and he actually put his hand behind my head and pulled me back in and began to French kiss me for a few seconds," she said.

"I just got off the bus and walked off. I didn't know what to think, I was like, is this good? Is this bad? What's happening? I'm scared.

"I'd barely had boyfriends before, and here's this guy that I really look up to and he's doing that."

She later added "He was giving alcohol and drugs to underage girls and touching them, all the signs were there," she said. "This man is a predator and he is so smug."

She detailed their three month relationship which happened three years later when she was 19:

"It was a very confusing relationship, and looking back I feel it was emotionally abusive. I was in love with him and I thought it was mutual. I just wanted a regular relationship with him.

"Now that I've actually had love in my life, I know that wasn't love. I don't know what I was thinking. He would be very sweet one minute, and then he'd degrade me in front of his friends.

"When he was with his entourage or a group of guys, he would say things to me, that I was fat, I was 5 foot 10 and 120 pounds at the time. The worst was he once told me I looked like a dirty Mexican wh**e because I have olive skin.

"He would purposely say things like that to make me feel bad about myself. It was just funny to him, he liked to see how much he could get away with. He would say things like, 'We gotta see your biscuits, Bianca', talking about my breasts. And he would get [a friend] to pull down my top and fondle them, he would do things like that all the time."

She claims Manson would convince her to have sex with his friends while he watched.

Tearful Bianca said she feels like Manson used her. "I was like a little puppet that he would play with, I feel he used me, 100 percent, he didn't care about me," she said. "It was like, 'How low can I get someone to go to please me?' That's his M.O, he wants to degrade you. And he gets pleasure out of that. He's a sadist.

Allaine has said she has a meeting set up with the FBI in Maryland. She has been contacted by another accuser who told her that she was interviewed by an FBI agent in Oregon as well. The FBI opened an investigation to the claims earlier this month.

The LA Sheriff's Department is conducting their own investigation of the claims.