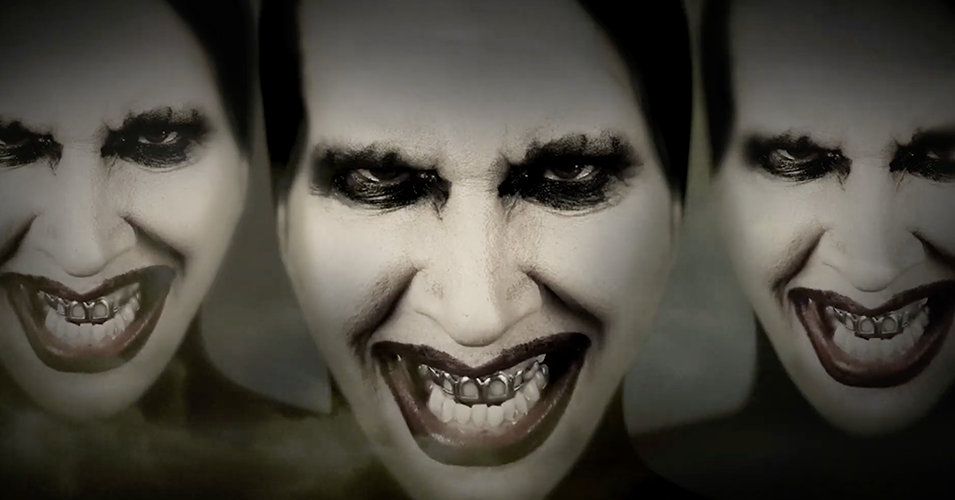 The fallout for Marilyn Manson continues, after being accused by actress Evan Rachel Wood and four others of being abusive. After being dropped from his record label, Manson was also dropped from two television projects and his talent agency, CAA, is considering dropping him.

Deadline reports he is being cut from Starz’s American Gods and Shudder’s Creepshow.

“Due to the allegations made against Marilyn Manson, we have decided to remove his performance from the remaining episodehe is in, scheduled to air later this season. Starz stands unequivocally with all victims and survivors of abuse,” a Starz spokesperson told Deadline.

Additionally, AMC’s Shudder has pulled Manson’s episode of its horror anthology series Creepshow. Manson, whose real name is Brian Warner, was set to appear in one of two segments of an upcoming episode for the Shudder show’s second season. A Shudder rep told Deadline, that Manson’s segment will be replaced.

Manson was heavily featured in an episode of American Gods that aired earlier this week and producers are still working out what to do with his appearance in the February 14th episode.

Manson wrote the following statement on his Instagram late last night (Feb. 1st): "Obviously, my art and my life have long been magnets for controversy, but these recent claims about me are horrible distortions of reality. My intimate relationships have always been entirely consensual with like-minded partners. Regardless of how — and why — others are now choosing to misrepresent the past, that is the truth."

On Instagram, Wood wrote "The name of my abuser is Brian Warner, also known to the world as Marilyn Manson. He started grooming me when I was a teenager and horrificly abused me for years."

“I was brainwashed and manipulated into submission. I am done living in fear of retaliation, slander or blackmail. I am here to expose this dangerous man and call out the many industries that have enabled him, before he ruins any more lives."

She concluded by writing "I stand with the many victims who will no longer be silent."

After the news surfaced yesterday, Manson's label, Loma Vista, cut all ties with the artist.