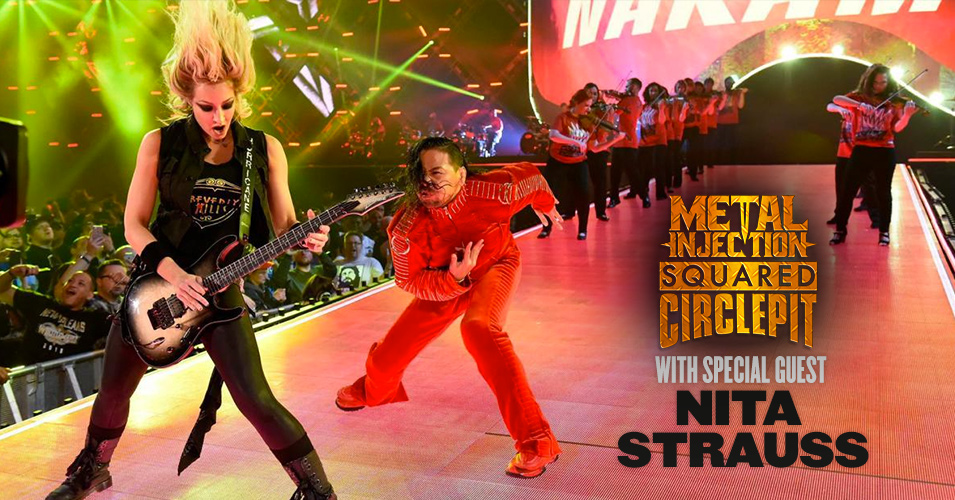 This is an amazing edition of Squared Circle Pit as we have guitarist Nita Strauss on the show to discuss her incredible performance at WWE WrestleMania 34 with Shinsuke Nakamura. Nita talks all about how the whole thing got set up, her interactions with Shinsuke, Vince McMahon and Michael Hayes the day of the show. Nita also discusses how she got into pro wrestling, some of her favorite matches, going to indie shows like PCW in Los Angeles and more.

We also discuss Nita's upcoming solo album, which she is recording while on break from playing with Alice Cooper. There are a few days to chip into the Kickstarter for Nita's album, with perks ranging from a pre-order of the album to cool stuff Nita wearing your band's shirt on stage with Alice Cooper, a Skype call with Nita, a signed Ibanez guitar, to even having Nita guest solo on your record. Hurry, the Kickstarter ends this Friday.

The rumors were true.