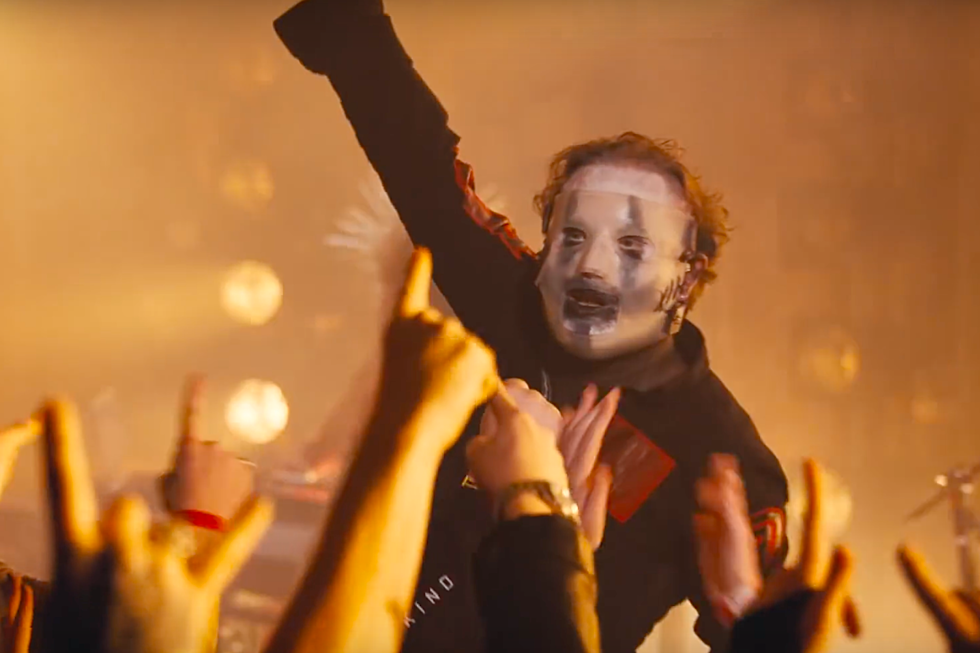 Slipknot is currently in the studio working on what percussionist Shawn "Clown" Crahan is calling "God music". The band recently officially confirmed the news that they were in the studio in the press release announcing Knotfest Iowa.

Now in an interview with Lazer 103.3, vocalist Corey Taylor elaborates a little more on the new material, saying it's "really cool stuff that made me start thinking outside my own box and challenging myself." Taylor also adds that the new album steps outside Taylor's usual lyrical topics and attempts to tell other stories.

"It was something that we just kind of started kicking around, obviously, in quarantine. And Clown hit me up — he was, like, 'Hey, we're gonna start working on some music. Are you down?' I was, like, 'Absolutely. Start sending me some stuff, and we'll start figuring it out.' So they started putting together some rad music, man — really cool stuff that made me start thinking outside my own box and challenging myself.

"And it was cool, 'cause I got excited again about exploring some different stuff and not just being so driven in my own thing but thinking outside, trying to tell other people's stories again. And that's kind of where I'm going with this new Slipknot album — trying to tell other people's stories and not just my own. And it's feeling pretty rad, man. I can't wait for people to hear it."

Slipknot also just announced they're holding Knotfest on September 25 at the National Balloon Classic Field in Indianola, IA. Of course Slipknot will headline, and support will come from bands like Faith No More, Megadeth, Lamb Of God, Gojira, and Trivium. Check out the full lineup and additional information here.