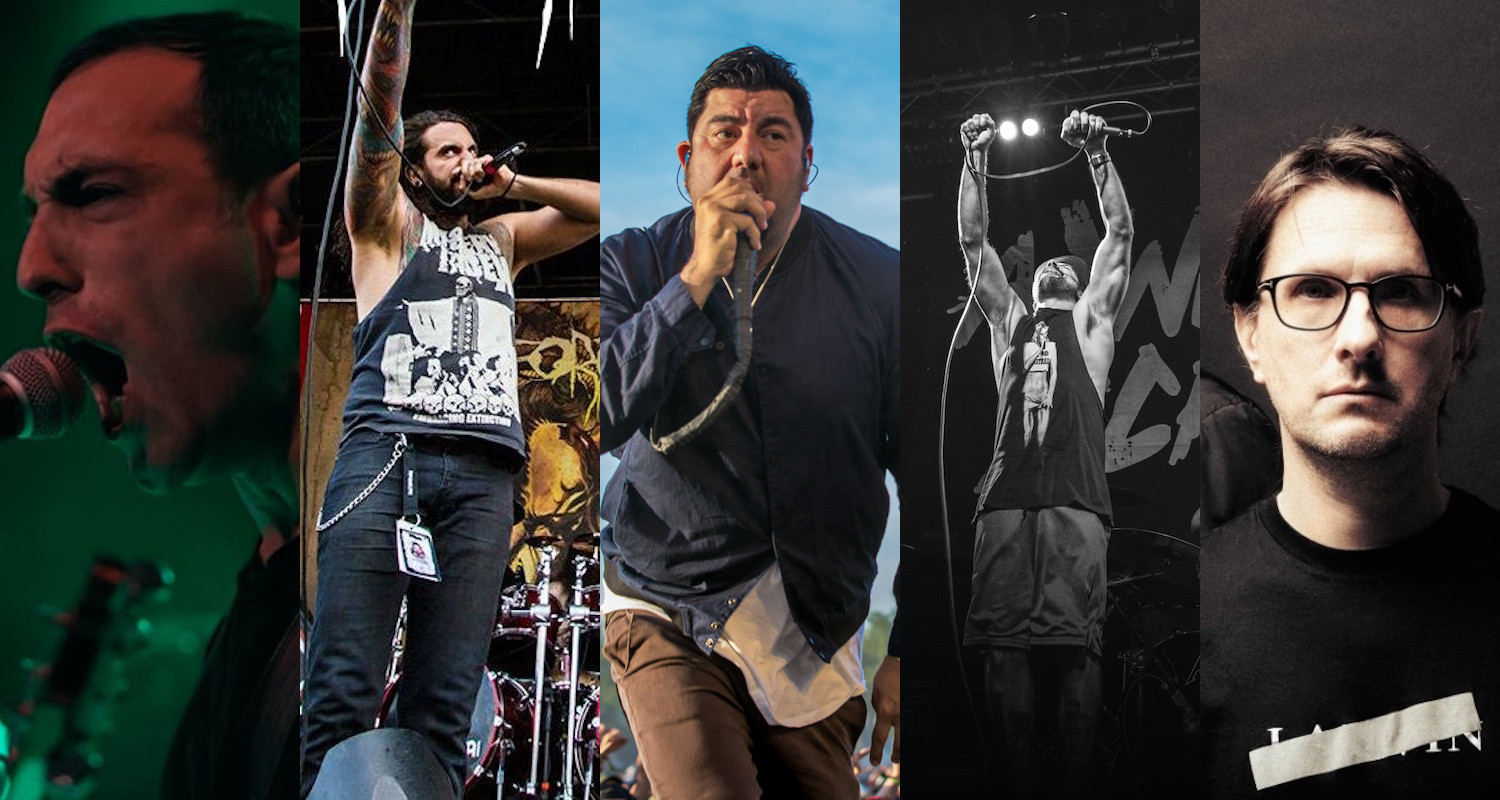 2022 might be the year we hear from quite a few bands that we haven't heard from in a while. Specifically these 11, who all have some new music in the works that (hopefully) we'll be hearing soon!

Cave In is in a unique position where it depends on how you look at the situation. Yes, Cave In put out Final Transmission in 2019, but the album was a handful of cleaned-up demos "recorded on hand-held four-tracks in our practice space" intended to be made into a full-on studio album. Then bassist Caleb Scofield suddenly passed away in a tragic motor vehicle accident and Final Transmission was released as it was, making White Silence in 2011 the band's most recent "studio album."

Cave In will release a new record called Heavy Pendulum sometime later this year. In the meantime, you can check out the band playing a new song around the 40:30 mark called "Blinded By A Blaze" below.

Crosses, the band featuring Deftones vocalist Chino Moreno, ex-Far guitarist Shaun Lopez, and bassist Chuck Doom, originally released three EPs in 2012. Then the band returned on Christmas Day 2020 with a cover of "The Beginning Of The End" by '90s electropop band Cause & Effect, and again on Christmas Eve 2021 with a cover of "Goodbye Horses" by Q Lazzarus. Crosses also announced they'd signed to Warner, which means it's pretty likely there's more coming soon.

Dååth hasn't released any new music since their 2010 self-titled album, but that might be about to change soon. Dååth recently posted a photo on Facebook of guitarist Eyal Levi's Ibanez Iceman next to a laptop and a recording interface with the caption "????????," as well as re-posted a MetalSucks article about the photo. Then later, the band posted about their album The Concealers and a fan asked if they were plotting a setlist. Dååth of course remained mysterious, but didn't say no.

Darkane recently finished work on their first new album since The Sinister Supremacy in 2013, and is working on re-releasing their entire back catalog on streaming services and physical mediums. Which is excellent news, as way more people need to discover the melodic death metal magic that is Darkane. No word on when the album is expected to come out, but we do know that it's done – and that's most of the battle.

In the meantime, check out some footage of the recording process below.

Dredg is has been diligently working on the follow-up to their 2011 album Chuckles And Mr. Squeezy, and they've got plenty of material for it. In a recent interview, vocalist and guitarist Gavin Hayes said the band has written about two albums worth of material and plans to begin working through it all when they can, adding that he's hoping a new record will surface in 2022. Bassist Drew Roulette said about the writing process "It’s exciting to get in there and just fuckin’ slam on the drums and make loud fuckin’ music and we love it and we’ve been doing that. So it’s gonna be a lot of that, more aggression."

Job For A Cowboy

Job For A Cowboy hit the studio in late 2020 for their first new album since 2014's Sun Eater. It looks like the band was working at Audiohammer Studios with producer Jason Suecof (Canifex, Deicide, Whitechapel, etc.), or at least that's where drummer Navene Koperweis (Entheos) was recording drums. Explaining why it took the band so long, vocalist Jonny Davy said in a previous interview it was a combination of burn out and personal life priorities. Guitarist Tony Sannicandro worked on his medical degree and Davy ended up having two kids. But it was working on their side project, Serpent of Gnosis, is what ultimately got them to start thinking about new Job For A Cowboy.

Karnivool began working on the follow-up to their 2013 record Asymmetry since at least mid-2019. The band released their new single "All It Takes" last year, but that's all we know so far. Given the constant pushing of their tour dates thanks to COVID in Australia, it might be safe(ish) to assume more new music has been postponed until Karnivool can tour for real again… and that seems to be happening now.

King's X announced they were in the studio recording their first new album since 2008's XV way back in 2019. Then in mid-2021, just over two years since then, bassist and vocalist Doug Pinnick revealed the band was finally mastering the record. Which means that everything is completely done musically and the album is ready to go. No word on when it's planned for release yet, but hey – new King's X is confirmed to be coming.

Porcupine Tree reunited for the first time since 2010 and announced their new album Closure/Continuation to be out June 24. At the time, Porcupine Tree said "There were times when we even forgot they were there, and times when they nagged us to finish them to see where they would take us. Listening to the finished pieces, it was clear that this wasn’t like any of our work outside of the band – the combined DNA of the people behind the music meant these tracks were forming what was undeniably, unmistakably, obviously a Porcupine Tree record."

Scar Symmetry has been teasing of The Singularity (Phase II: Xenotaph) for literal years, but it seems like we're closer than ever to an actual release! In a recent response to a fan, said they hope to "announce the release date" for the album soon as they continue to announce shows. The new record will be their first since 2014's The Singularity (Phase I: Neohumanity) and first with ex-Bloodshot Dawn guitarist Ben Ellis.

A Wilhelm Scream is back for the first time since 2013 with a brand new record called Lose Your Delusion due out April 14. "This is our most unapologetically earnest album to date," said guitarist Trevor Reilly about Lose Your Delusion. "It's our fifth full-length record and it feels like our first in that we feel we have so much more to say and energy to put out into the world." As for what we've heard from the record thus far, it's shreddy as hell and exactly what you'd want from A Wilhelm Scream.