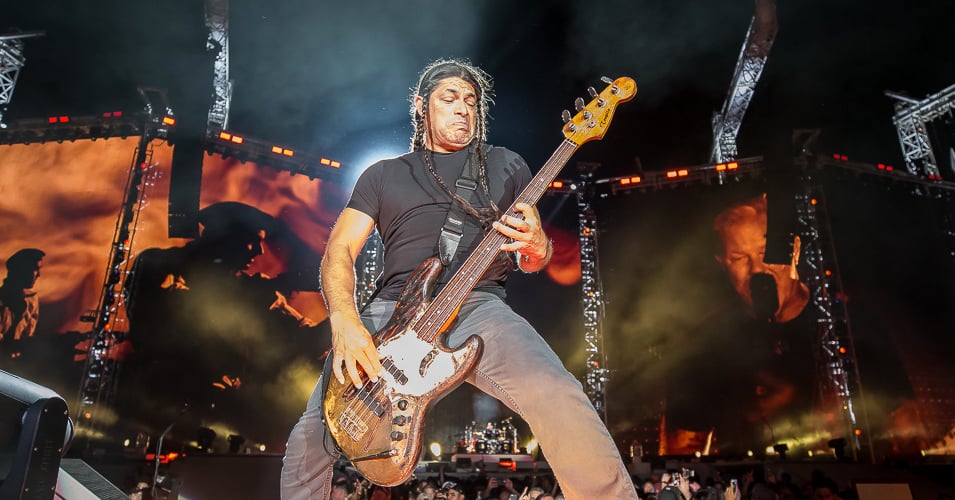 The guest list for the new Ozzy Osbourne album keeps growing! In a new interview with Metal Hammer (by way of Blabbermouth), Osbourne has revealed his new album will also feature bassist Robert Trujillo. Trujillo played in Osbourne's band between 1996 and 2003 before moving on to Metallica, and has also previously played in Suicidal Tendencies.

"Rob has always been a great friend of mine," said Osbourne. "He's a great bass player and a great guy; he's the only guy who, when it came time to move, did things the right way.

"I always ask that the guys who play with me, if they get another offer and want to move on, that's fine, just don't drop me in the shit, give me time to get a replacement. Rob's the only guy who ever did things right by me for that. I'm really happy we've got him playing on the new album as well."

The new Ozzy Osbourne album was recorded with producer Andrew Watt and features Zakk Wylde on every song, Black Sabbath's Tony Iommi, Jeff Beck, and Eric Clapton. The album is expected to be released within the next few months.