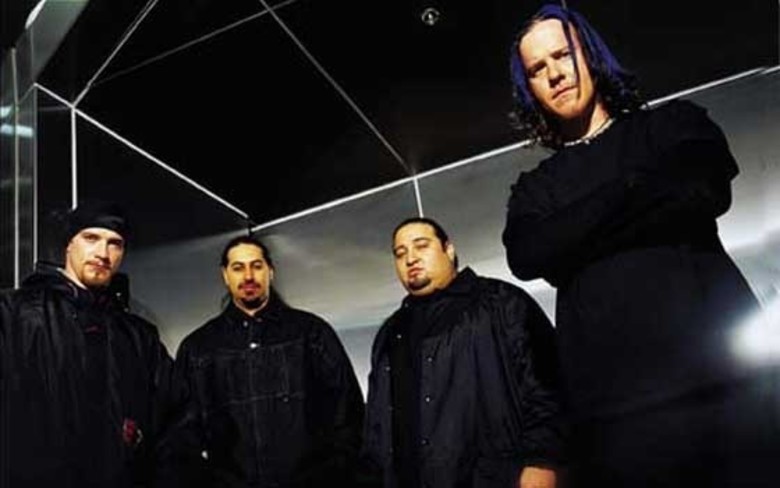 The story of Fear Factory over the past few years is a very murky one. It all started around November 2016 when Fear Factory guitarist Dino Cazares said the band would like to have a new album out sometime in the summer of 2017. Then there was a whole lot of nothing happening, followed by a rumor that Fear Factory had broken up in May 2017. Cazares regularly said there was no news to report regarding the band's status, but never explicitly said if they were done.

Then in October 2019, Cazares said there was no new album from the band coming despite vocalist Burton C. Bell revealing artwork for a record called Monolith. It was later revealed that day that there may very well be an ongoing lawsuit holding up the band. The lawsuit involves Bell's settlement with former members Christian Olde Wolbers and Raymond Herrera.

So what's the deal? Well, according to Cazares in an interview with Francesco Paoli of Fleshgod Apocalypse, it's absolutely lawsuits that are holding the band up.

Cazares later said he hopes the band can come back, adding "I can't say yes or no, but I'm gonna be very positive and I hope in the near future that things will change." He also addresses the rumor of a Soul of a New Machine tour.

"That was definitely a rumor. I was actually answering somebody on Twitter, 'cause somebody asked, 'Hey, would you ever considering doing that?' And I said, 'Hey, do enough fans know about that record?' 'Cause people really didn't discover us till Demanufacture; not a lot of people really know about Soul of a New Machine. So the answer was on Twitter, 'Hey, do enough people know about this record to play it in its entirety on tour?' And for some reason, the media took it as Fear Factory was discussing on doing Soul of a New Machine. It kind of blew out of proportion, and that's not what I meant."

As for if the original Fear Factory could ever reunite, it doesn't look like that will happen. A fan tweeted this weekend "One day I hope the four of you can sit down and continue the awesome work you guys did ten years ago. I don’t want to take anything away from mechanize industrialist and genexus those albums were great! But demanufacture is one of my top favorites of all time."

Dino did not mince words with his reply:

“Hey @mikedacabbie and anyone that cares to know..This has gone beyond the courthouse, People’s lives and careers continue to be ruined. I will not ever and I mean never perform or speak to them again.”