Dino Cazares Says Still No News On FEAR FACTORY, Is Working With HATEBREED Frontman On Music

METAL CHURCH Is Carrying On With A New Vocalist
Plus he's got a solo album, a new Asesino album, and an album with Die Krupps & Leæther Strip.

Things have not been looking great in terms of Fear Factory still being a band. The last show they played was on November 28, 2017, and guitarist Dino Cazares has only been saying he's working on a solo album when asked about new music. Now in two separate tweets, Dino Cazares lays out his plans for music in the coming months and simultaneously squashes hopes for a follow-up to Fear Factory's 2015 album Genexus.

Cazares says he's currently working on a new industrial album with Die Krupps and Leæther Strip, writing with Hatebreed frontman Jamey Jasta for his new solo album, writing his own solo album, and writing a new Asesino album. So while none of that is new Fear Factory music, the guy is clearly prolific in plenty of other areas.

I appreciate the fans that want to know what’s going on with the band but I’m sorry to say that there is no new news.

Working on a industrial project with members of @diekruppsband and @leatherstrip, working on songs for @jameyjasta solo album ,working on my solo album and new Asesino album https://t.co/NWQ39lM0ZN 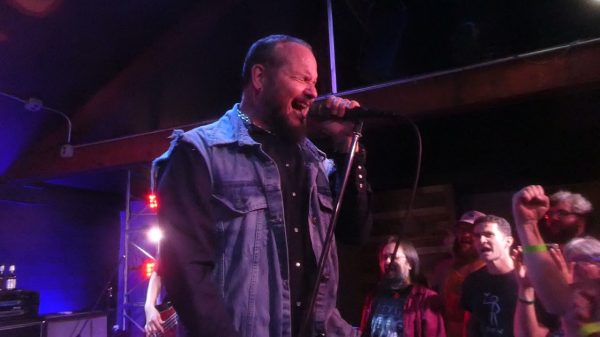 Ripper is comin' for you.