We were taken aback when Rihanna unveiled a series of death metal logos during her performance at this year's MTV Video Music Awards, and at the time we were wondering out loud who was behind all of this?

Maybe I missed the initial announcement, but it's since been revealed that the set design was put together by Wilo Perron who hired renowned death metal artists Christope Szpajdel (you might recall he created the viral imagery of corporate brand black metal logos and Presidential logos) as well as designer Mark Riddick (who coincidentally also created metal logos for the recent Justin Bieber tour).

Riddick was interviewed by Bandcamp and revealed the process behind creating the Rihanna logos.

A few months ago, one of Wilo Perron’s team members reached out to me for some illustrations in support of Rihanna’s 2016 MTV Video Music Awards performance. Wilo Perron handles video and stage production for various pop artists. They were looking for an extreme metal theme for one of Rihanna’s stage performances during the event, so they hired Christope Szpajdel, who drew the Rihanna logo variations (the one that you referenced appearing on a large screen backdrop) and hired me to come up with the T-Shirt illustrations worn by her stage dancers.

Christophe is extremely well known in the metal community. He has illustrated logos for thousands of metal bands. I featured Christophe’s work and interviewed him for the Logos from Hell book I published through Doomentia Press in 2015. Anyhow, Christophe and I have had our work coupled together for several death and black metal band merchandise products since the ‘90s, but this time, it happened to be for a top-selling pop musician and airing on MTV. It was an unconventional client, just as with Justin Bieber. However, the entire process was identical to my typical workflow process illustrating for metal bands. Unfortunately, Rihanna’s staff was very controlling of the art, so I was unable to release or share samples of the finished illustrations on my website or social media. They turned out well, nonetheless. I’m pleased Christophe’s Rihanna logo gathered some media attention, though; it was very well executed, and being a fellow underground artist, the extra exposure and recognition of his talent has been long overdue and much deserved. The entire experience was indeed humbling, and I’m glad Christophe and I could share the opportunity together.

It's unfortunate that Rihanna's team would not allow him to show his work and designs that didn't get chosen. Also, how come Rihanna's team never released the shirts for sale? Anyway, the whole interview is pretty revealing as Riddick discusses the process of dealing with such big acts and his opinion on the fallout of such collaborations in the metal community. 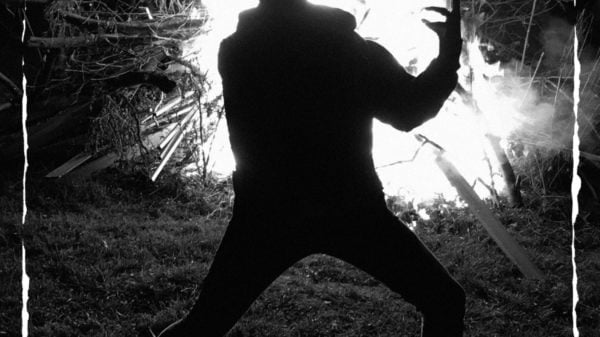 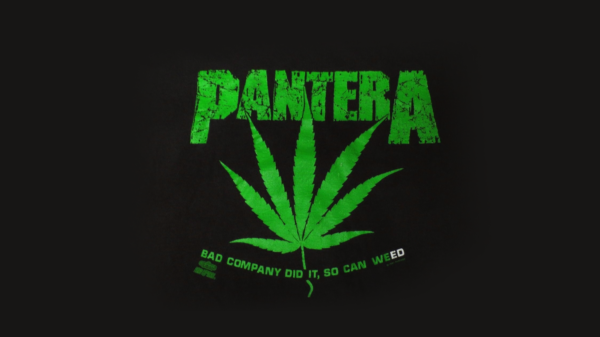 Rihanna has been giving nods to heavy metal for many years now. A friend of hers said there was a period where Slipknot was... 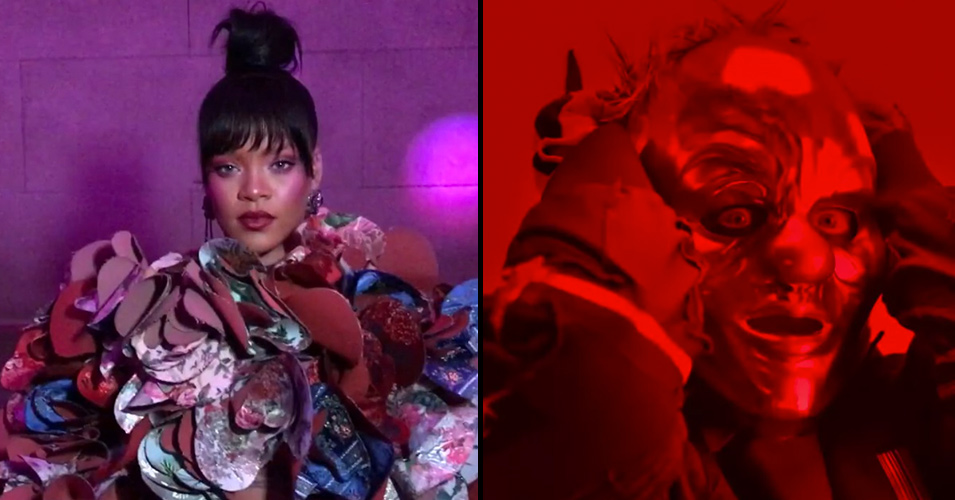 Apparently, they are her favorite band.

Ghost and Rihanna is a match made in Hell we can all get behind.