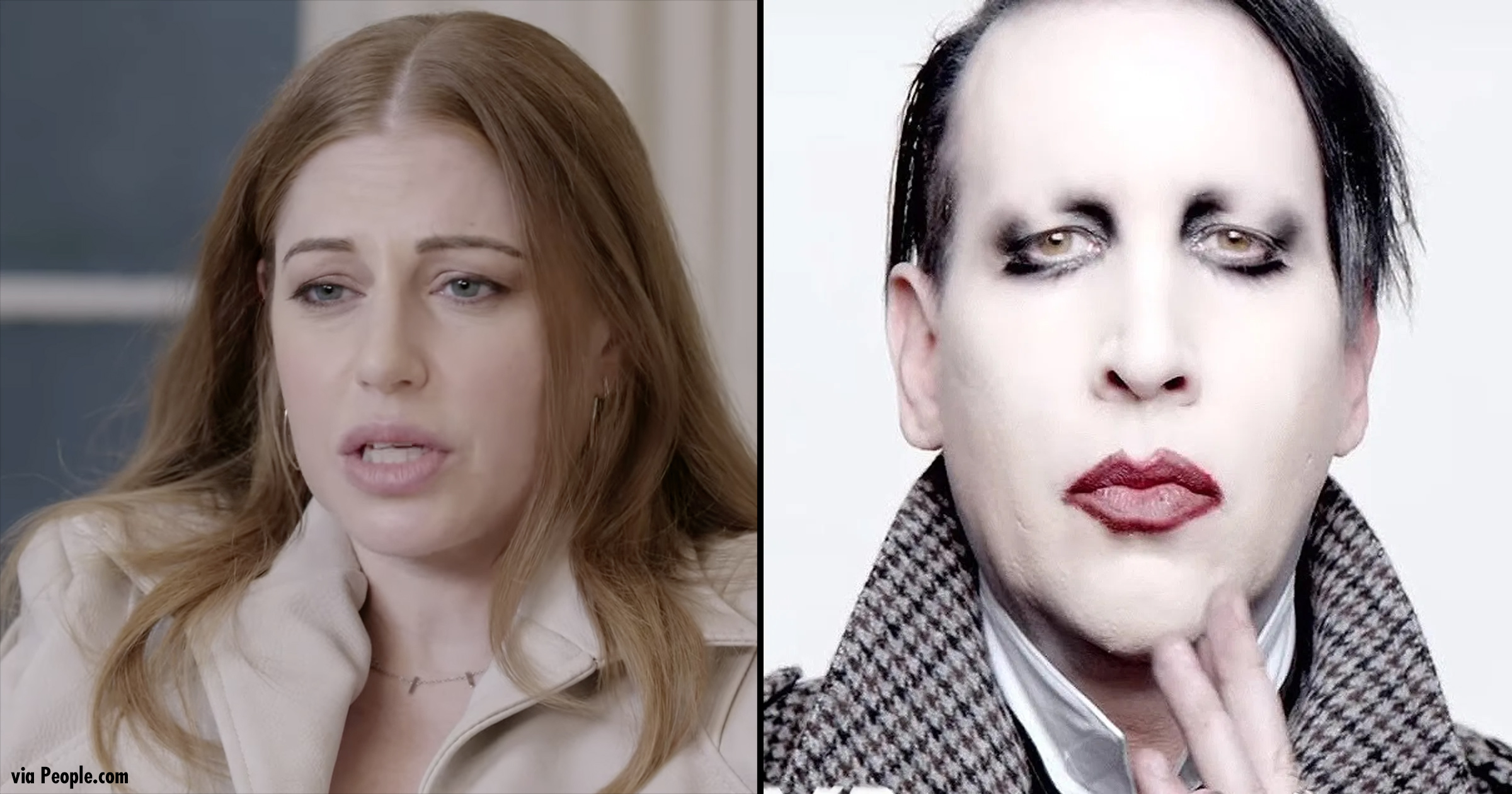 A rep for Marilyn Manson strongly denies the accusations, saying “We strongly deny Ms. Smithline’s claims. There are so many falsehoods within her claims that we wouldn’t know where to begin to answer them. This relationship, to the limited extent it was a relationship, lasted less than a week in 2010. Manson hasn’t seen Ms. Smithline since then.”

Rolling Stone has details of the suit, which match with the story Smithline gave when she first went public with her accusations in a May interview with People. Smithline noted that over the course of their two-year relationship, Manson sexually assaulted her "countless times," with Smithline saying Manson "hit her, whipped her, cut her with a swastika-emblazoned knife and shoved his fist in her mouth during sex."

She said Manson forced her to do a blood pact. "He cut me on my stomach and then drank my blood. Then, he had me drink his," she says. "The more I let him hurt me, the more I loved him and the more I was proving myself to him." When she "pissed him off," he would lock her in something he called "the bad girls' room," which was a glass, soundproof room. Other women have made mention of this room, and Smithline says she was locked in there at least 100 times.

A rep for Manson says he "strongly deny her claims," adding "There are so many falsehoods within her claims that we wouldn't know where to begin to answer them. This relationship, to the limited extent it was a relationship, didn't last one week." People counters by saying that Smithline showed emails purportedly from Manson that span over the course of more than two years.

The two connected in the summer of 2010, when Manson reached out to her over an acting role, and after going back and forth with text messages, Smithline moved in with Manson into his West Hollywood apartment, which she described as a freezing "black refrigerator."

She claims the first abuse happened while filming, when he whipped her bare back and she laid naked on her stomach in his bed. Then, the abuse got sexual. She recalled a time that she woke up, with her hands tied and Manson had been penetrating her while she was sleeping. She was screaming and "He kept telling me, 'You can't rape someone that you're in love with,'" she says.

Smithline lost weight, down to 80 pounds and claims Manson would cut her protruding ribs and once cut his initials into her thigh. She shared photos of her scars with People, where you can see the permanant mark.

During another incident, where she was trying to break free from a rape attempt, Manson broke her nose. She claims another time Manson threw a knife across the room, just barely missing her face.

Eventually, she was able to break free from Manson and began healing last September when she met with Wood, Esmé Bianco and other Manson accusers. She continues to struggel with PTSD and OCD. She hopes speaking out will help stop the "most terrifying monster in the world." She does not refer to herself as a victim, but rather a survivor.

Manson only made one statement on the sea of accusations in February saying "Obviously, my art and my life have long been magnets for controversy, but these recent claims about me are horrible distortions of reality. My intimate relationships have always been entirely consensual with like-minded partners. Regardless of how — and why — others are now choosing to misrepresent the past, that is the truth."