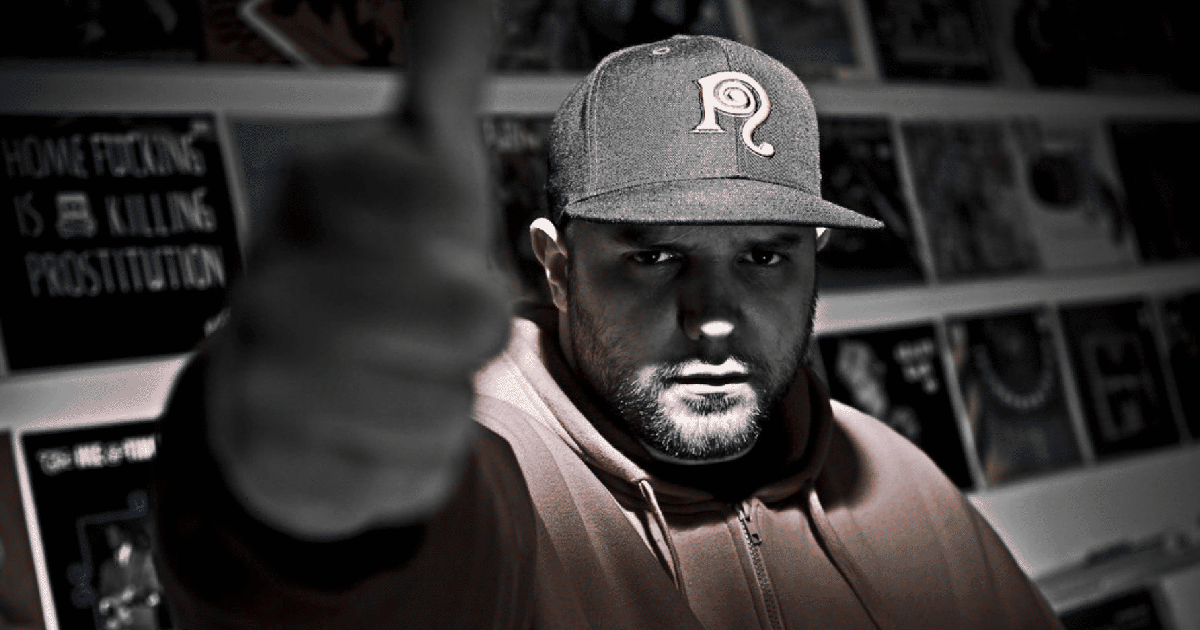 A true grindhouse artist with a love of gritty violence, grizzly imagery and the darkest of pitch black humor, Necro’s work is the stuff of legend in the game. Staying underground till he is under the ground, his albums are rotten, decaying and as grimey as a Brooklyn subway. While a true hip hop head, Necro also has a lethal amount of metal sourcing through his veins, putting out a crossover album (Metal HipHop) in 2012 and his band Injustice opening for Sepultura and Obituary when he was just 12 years of age. With a long legacy of brutality, we asked Necro to share his top 5 Metal albums of all time:

This is just my favorite because it impacted me heavily as a kid, the riffs, everything about this album is perfection, nothing can fuck with it, it still bangs in 2021, and if you think about the genius and how young they were, it's mind boggling how fresh this album is.

This is second to Master Of Puppets because it's just as influential, but this is slightly more brutal, but it lacks the ballads and melodic stuff that Kirk brings to the table, so this is why it's not #1, it could be first, because of the influence it had on everyone, but Metallica come ahead because of their diversity in styles, but besides that this is the most brutal metal record ever made, but Master Of Puppets is just as hard with other topics, so they both covered the HARDCORE spectrum of THRASH, meaning the riffs were very heavy with on point distortion and technical enough to be hard to play for any guitar player.

This album was a huge influence on me during the same time as the first 2, all 3 dropping in 1986, so this record was like the 3rd amigo, to the first 2, and it's Dave competing with both bands, coming in a little behind because his vocals will never be as good as James, and Slayer is just more evil, but Dave is that guy that was there from the start, so to hear him competing with his dope technical riffs, this comes in 3rd for the impact at the time

Sepultura are like a mix of Metallica & Slayer together – they have Andreas covering the Kirk parts but more darker, he is like an evil Kirk, and drum wise Igor has the aggression of Lombardo but brings his own Brazilian style to it with the congas and tom rolls, Max is like a mix of both James & Hanneman because he will have just blunt brutal dark riffs, but you can see they are both influenced by Metallica & Slayer, as he studied them both and came up with his own style – they have many melodic parts and then have those fast Slayer parts, so they are like a child of both bands created in the middle of Brazil, very original and I would choose Schizophrenia as well, even Arise, they are the few bands that have at least 3 in a row that are bangers, very few Metal bands back then brought it 3 times in a row or more – Metallica did, Slayer did, Sepultura did, and I don't even know if Megadeth did, but some might argue they did it too, I don't think Anthrax did, Exodus didn't – Voivod had 3 maybe in a row – definitely 2 – Pestilence had 2 in a row, Kreator had 2 for sure in a row.

Both albums make this list because it would be disrespectful to leave Chuck off, and maybe Slowly We Rot comes in ahead a little because the sound is pure distortion gore, it's perfect for Death Metal, and I don't think this sound was ever duplicated on any other Death Metal album, not even by Obituary again. Cause Of Death sounds very different, less brutal to be honest, Slowly We Rot is Death Metal perfection, and the fact Tardy is not singing any written lyrics and is freestyling the whole album makes it super abstract and serial killerish, like a mystery, I remember as a kid hearing my name RONNY mentioned many times in songs hahahaha! Now RIP CHUCK, Leprosy is super monumental for the riffs and the way he made catchy Death Metal, it's so dark that the entire album feels like the Repka cover art come to life musically, and I saw them live at L'Amours playing most of this album, as a young little kid with hair down to my ass, 12 years old, and it was something I will never forget, live Death Metal perfection – so this album has to be in the top 5. I can list other albums, but these deserve to be in a list, obviously not including Black Sabbath is blasphemous, because they created METAL, without them we might not have this list, but you know, this is what I submit.