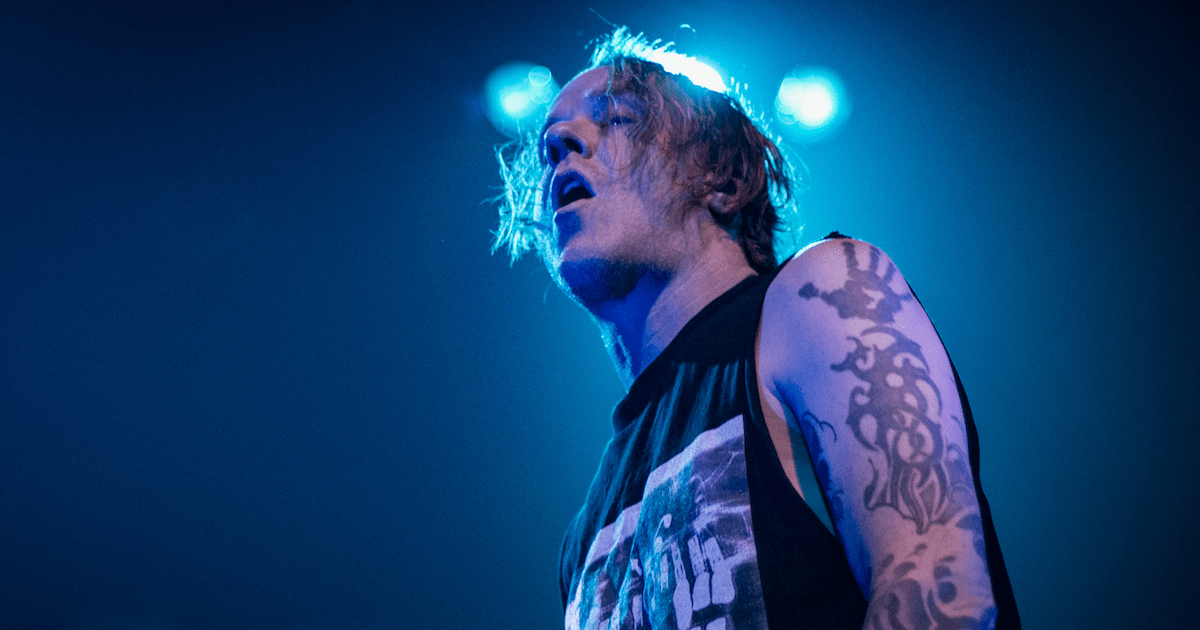 With our ears still soaking up the awesomeness that is Ascension Of The Watchers newly released album Translations –  Apocrypha Remixed, vocalist Burton C Bell stopped by to share with us his favorite heavy releases of all time:

Burton C Bell: For me, heavy music encompasses more than just brutal, sonic intensity, entrenched with lightning BPM, overlaid with unperceptive vocals. I have always been attracted to the more melancholic, dirge-like sounds that help express my personality. Albums that tell a story all the way through. Where every song is integral to the recording. These sounds can be heard in my contributions to music throughout my entire career. Of course, there are a couple of albums that fall into the previous category that differ greatly from the usual. I have a condensed list of albums from my entire collection that will give you a small glimpse of the heavy music I am attracted to. (I am only allowed 5)

Truly, an underrated album from the masters of metal. From start to finish, this album is flawless. Expert songwriting, lyricism, arrangement and production. This album is the story of the times when it was written. My favorite breakdown in music is on this album. 'Symptom Of The Universe' is a song that takes me on a journey. The chugging riff and the Ward-driven beat that introduces the song gets my blood pumping. Then Ozzy drops in with his painfully soaring voice to send me over the top. The breakdown after the Iommi lead at 4:12 changes the course of the journey. A simple, bluesy downbeat, with a Butler-funky bass line, seems to create a new song, but there is cohesion. It’s Ozzy’s intensely passionate statement, “You’re my child of Love’s creation…”, I get chills just thinking about it…. METAL.

They were not the first punk band, but they definitely were the first I heard that truly spoke to me. Punk was a statement of rebellion against the norms of society, fashion, and beliefs. Punk bands had wild energy, adorned in the fashion that was the antithesis of 60’s and 70’s pop bands. Crafted by 2 pioneers; Malcom McLaren and Vivienne Westwood, the Sex Pistols became instant Icons. Not just wild and rebellious music, but also vehemently vicious statements about the degradations of society, dressed with the layers of detritus that had fallen by the wayside. John Lydon’s caustic delivery for his disgusted worldview not only influenced my thought process es and writing style, but an entire generation as well.

In the late 80's, metal was not on my radar. My ear was attuned to heavy, discordant acts like SWANS, and Big Black. Through the latter, and the engineering work of Steve Albini, I was introduced to Head of David. A group from Birmingham, UK. These guys checked off every box of my interests into one powerful album. The songs are aggressive. The beats are simple, tribal, and driving. The guitars are discordant, textured and strong. The vocals are simply haunting chants, but not pretty.  I love this album all the way through. It is a full movement of power. (I later introduced this album to my bandmates in Fear Factory. We eventually reinterpreted 'Dog Day Sunrise'. I still prefer the original.) After a year of immersion into this album, a friend of mine directed me to the drummer’s new band; Godflesh.

This band became my favorite band during the goth /industrial “heyday” of the 80’s, when bands like Bauhaus, The Cure, The Sisters of Mercy, The Mission, Current 93 and Death In June were on my daily stereo spins. When I first heard Fields Of The Nephilim album, Dawnrazor, I was hooked. This band incorporated a western dystopian persona while incorporating the mystical concepts behind the 'Dead Sea Scrolls', and 'The Watchers'. I loved the “spaghetti western” guitar leads, along with the energetic beats. The cinematic videos were also hypnotic. But more so, it was the vocals of Carl McCoy that really captured me. His voice was a hauntingly low, guttural expression of loss and love. Though the deep, monotone vocal sound was popular among a few goth bands, Carl’s became my favorite.

When the album The Nephilim was released, my mind became entrenched in the concepts behind that encapsulate this album. The songs are heavy, but not fast. Most of the songs build up from a simple beat, into a slamming array of sonic intensity. There is one fast song on this album, 'Phobia', that sounds as if it could have been a Motorhead song. My favorite song is 'Last Exit For the Lost'. This song is the journey I had always wanted to take, and it has mostly influenced my writing style for Ascension Of The Watchers. I once told Carl McCoy that Fields Of The Nephilim IS the biggest inspiration for Ascension of The Watchers; musically, lyrically and conceptually.

I purchased this album upon release. (I have the original vinyl on Swordfish, before Earache took over.) This album changed my perspective of what “heavy” music could be.  In ’89, I had just moved across the country. I was alone, a stranger in a strange land.  I was not depressed, but I was in a dark place. I wanted to listen to this album when I could not be distracted by my roommates, while they were not at home, because I knew they would hate it. One night in Hollywood, I dropped acid, lowered the lights, and put the record on the turntable. 'Avalanche Master Song' began with a jackhammer-like drum machine. Then the guitar and bass dropped in… I was enveloped inside the Avalanche, not able to come up for air. The power of this dirge took me over, and I never looked back since. Every song spoke to me. Justin’s vocal delivery was the expression of pain and disappointment that I wanted to express. Ben’s bass was the lower counterpart that supported my disdain for the world. This album is not just Godflesh, but GODLIKE.

Get your copy of Translations –  Apocrypha Remixed here.