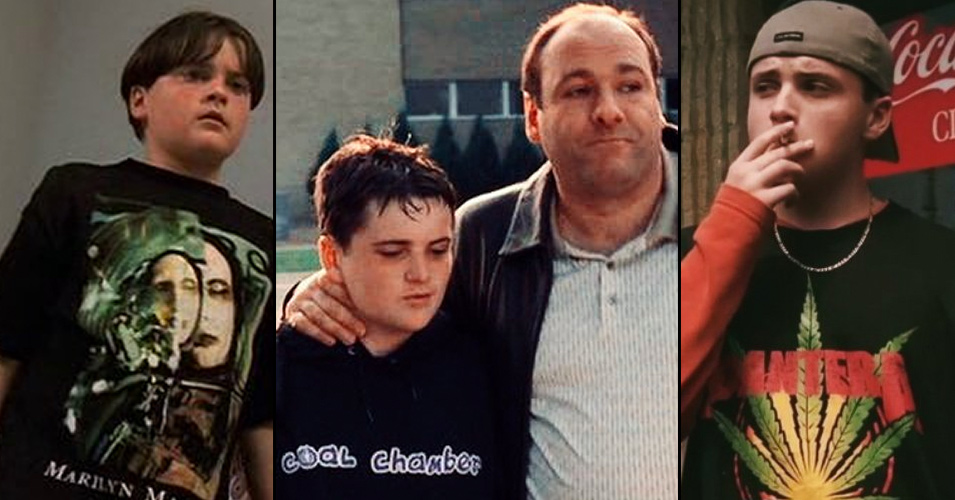 Playing the son of Mob Boss Tony Soprano on HBO’s critically acclaimed series The Sopranos, Rob Iler’s wardrobe featured more vintage nu-metal drip than most people would kill for. Really living that life behind the scenes, Iler was a metal fan and his clothing choices were great exposure for any band in the genre.

Currently doing the Pajama Pants Podcast with Sopranos co star Jamie-Lynn Sigler and Kassem G, we reached out to Rob to give us his metal top 5 list, and like The Sopranos itself – his picks are nothing but classics:

Explaining his Top 5, Iler notes “This was tough. I knew my one and two right away, putting them in order was the hard part. Slipknot is so incredible but Vulgar Display is by far my favorite Pantera album and also has my favorite Pantera song of all time – "Live In A Hole"."

He continued "There are two reasons I picked Aenima. The first is because the album is amazing. The second is because when I was turning 16 my friends and I decided to do shrooms for my birthday. One of my friends hugged a speaker while this album played on repeat for what felt like an eternity. Every time I listen to this album I am transported back to my 16th birthday and I love it.“

Check out the best of AJ Soprano's metal swag at @ajsopranoshirts. To hear more about Rob Iler’s history with metal and The Sopranos, check out his episode on the Meep Meep Podcast. Iler’s Pajama Pants Podcast is available on Youtube and all audio platforms.

In this article: the sopranos