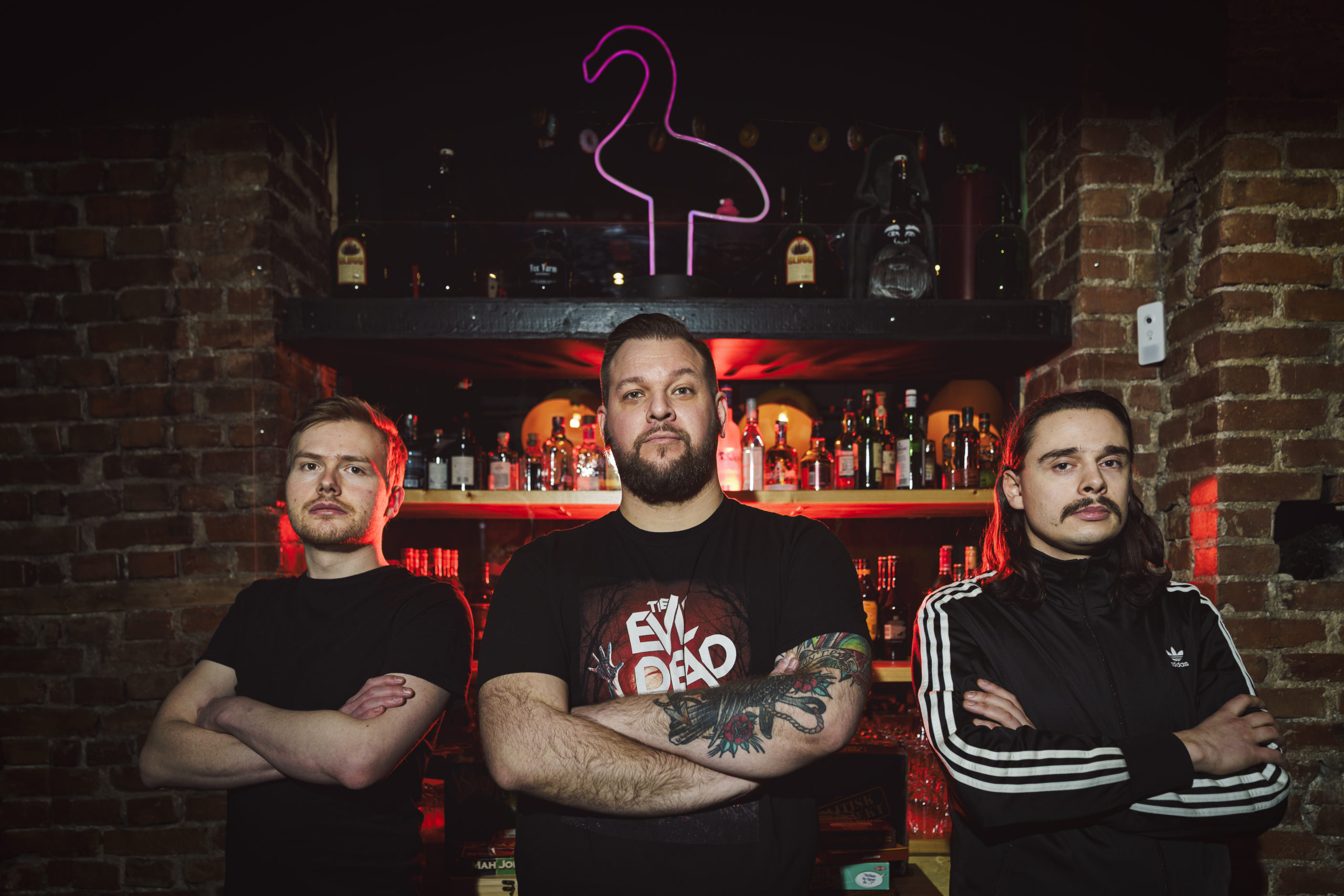 With the release of their new single 'Burn it All (P.T.S.D.E.A.D)' it’s clear Bokassa’s upcoming release Molotov Rocktail will be another batch of stoner grudge brutality. One of Lars Ulrich’s favorite groups, the band got together for Metal Injection and duked it out until they were able to come up with a collective top 5 metal albums of all time. You can find their list below:

Clutch’s Blast Tyrant is not only their best album yet, but might also be one of the best rock albums in the last 20 years. The songs are packed with killer riffs, a rock-solid groove and lyrics that not only draw in the listener but keeps your attention from beginning to end. All this combined with the stellar production of MACHINE, makes this an album that truly stands the test of time. One of the reasons we got Machine to mix/master our new record!

Guns N Roses finest hour and an album all three in the band can agree on. This record has everything from the fast rockers, the grandiose epics, Axl's ranting on 'Get in The Ring' to huge power ballads. And to have both 'Civil War' and 'Estranged' on the same record is just insane! One of the greatest records in rock history!

Olav: This is probably my favorite album of all time, the songs all have a similar sound and theme, and flow effortlessly from one to another. Listening from start ‘to finish feels like you’re listening to a symphony, where each song is like a movement that ties in with the theme of the album as a whole. I never tire of hearing it, and it proves as maybe the band's most important album, as it was the first where Brann picked up vocal duties, which has become a big part of their sound on all following albums.

Bård: Deftones has, in my opinion, the coolest and most unique sound to come out of the late 90s early 00s alt/nu-metal scene. As with most stuff I listened to back then, I found this album in my older brother's music collection when I was about 14-15, and it forever changed the way I perceive melody. The super ethereal take on heavy music they distilled on this record has made it a mainstay in my listening rotation ever since.

Jørn: One of my favorite records, if not my all-time favorite. Had this on minidisc(!) back in the day and it was something completely different than what I had heard before and completely won me over. I still listen to it over 20 years later and it has some of the greatest songs Fat Mike ever wrote. Fast, catchy, explosive and one of the absolute best punk rock albums ever IMO. The bass sound on this album is also fantastic and one we’ve tried to replicate without success.

In this article: Bokassa

Don't you worry, Europe and UK. Metallica did not forget about you when it came to their massive WorldWired tour.