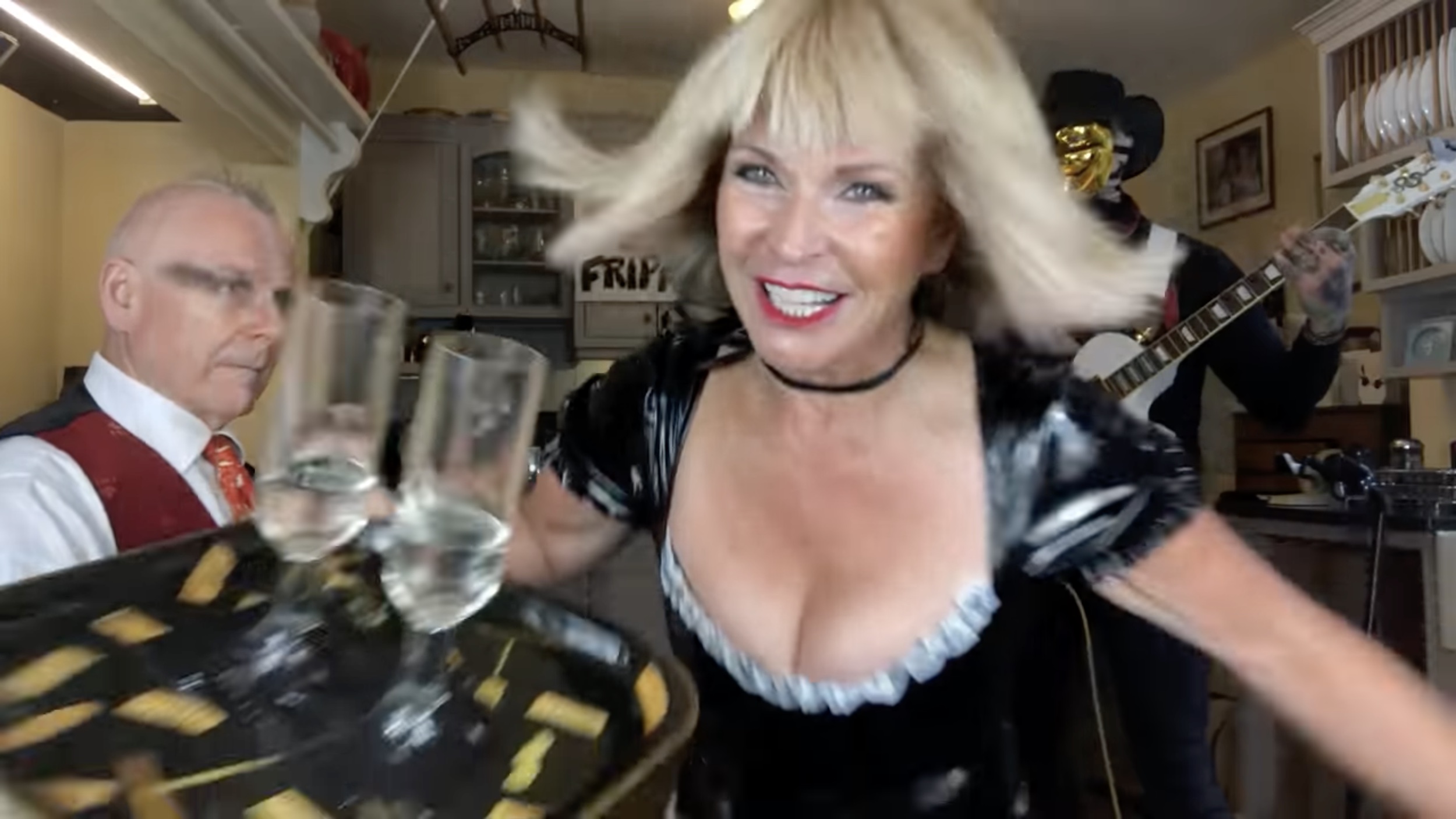 King Crimson's Robert Fripp and his wife, Toyah Willcox, are doing something different this week. After over a year of Sunday Lunch covers, they decided to tack a little something extra onto the end of this week's cover – an original song called "Zoom Zoom."

You can hear the original song as it appears right after they cover the classic The Kinks song "You Really Got Me." Fun fact, guitarist Sidney Jake says in a reaction video (also below) that while Fripp played The Kinks version, Jake tried to mimic the Eddie Van Halen version.

Here are some of the duo's other recent covers:
"Enter Sandman" by Metallica,
"Rebel Yell" by Billy Idol,
"I Love Rock and Roll" by Joan Jett,
"Welcome to the Jungle" by Guns N' Roses,
"Purple Haze" by Jimi Hendrix,
Tainted Love by Soft Cell,
"Poison" by Alice Cooper
"Everlong" by Foo Fighters
"Toxic" by Britney Spears
"Girls, Girls, Girls" by Motley Crue
"Ace of Spades" by Motorhead
"Gimme All Your Lovin'" by ZZ Top
"The Number of the Beast" by Iron Maiden
"Breaking the Law" by Judas Priest
"Satisfaction" by The Rolling Stones
"Silver Machine" by Hawkwind
"Baracuda" by Heart
"Firestarter" by Prodigy
"Born to be Wild" by Steppenwolf
"Rock You Like A Hurricane" by Scorpions
"Paranoid" by Black Sabbath
"Sweet Dreams" by the Eurythmics
"Love in An Elevator" by Aerosmith
"Chop Suey" by System of a Down
"Pretty Vacant" by the Sex Pistols