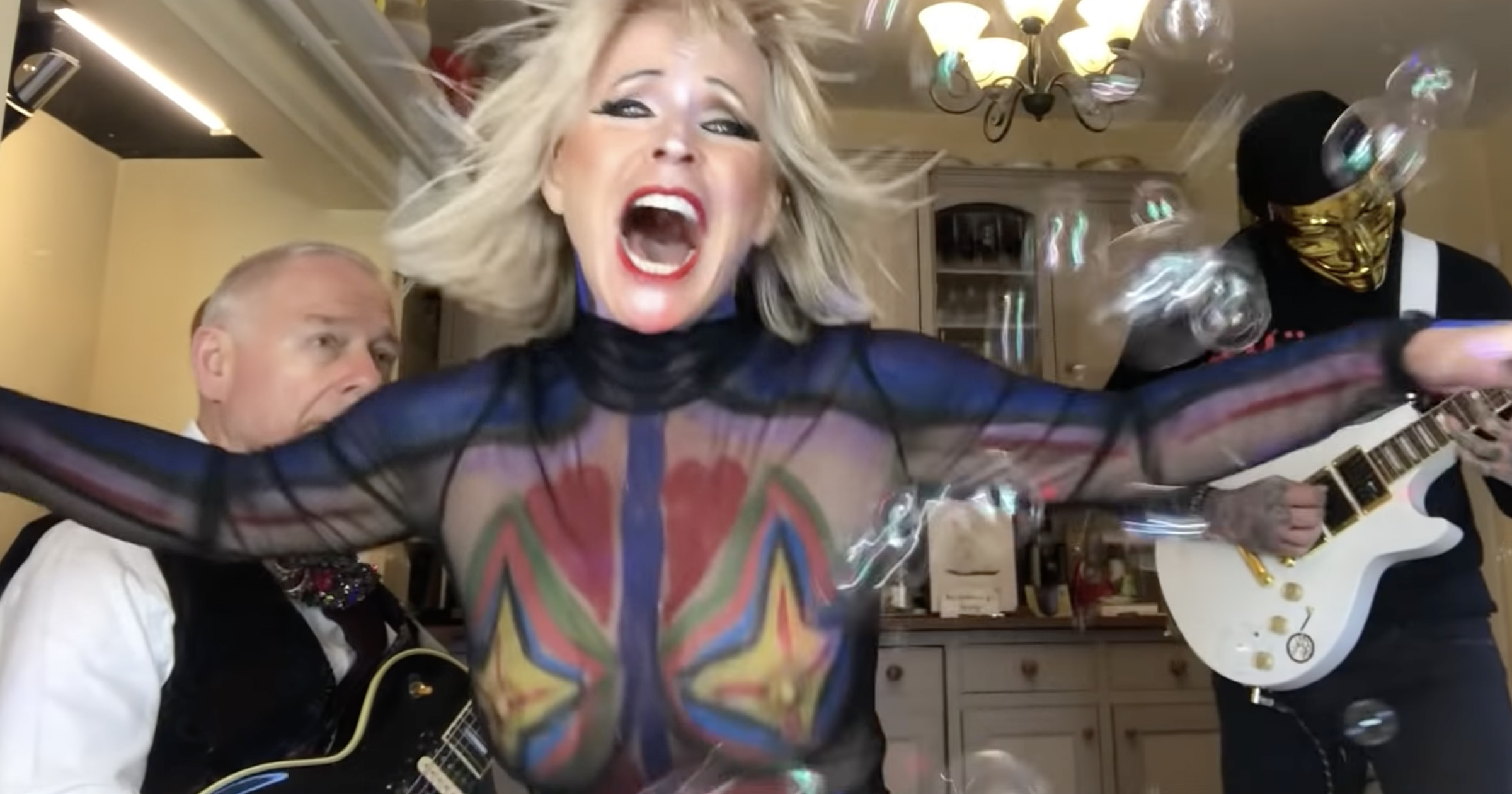 It's Sunday, so you know what that means – Toyah and Robert are back. They are going a bit more obscure this week, as the  King Crimson guitarist, his wife, and a mysterious third tackle a classic from Lemmy's old band, Hawkwind, "Silver Machine."

As alwyas, Toyah is front and center and this week she wears a very vivid outfit, that seems similar to the one she wore last week, but with a different illustration on it. It seems as though she has sheer black shirts that she paints on now? Toyah is always finding new ways to express herself. You can see the cover below.

Here are some of the duo's other recent covers:
"Enter Sandman" by Metallica,
"Rebel Yell" by Billy Idol,
"I Love Rock and Roll" by Joan Jett,
"Welcome to the Jungle" by Guns N' Roses,
"Purple Haze" by Jimi Hendrix,
Tainted Love by Soft Cell,
"Poison" by Alice Cooper
"Everlong" by Foo Fighters
"Toxic" by Britney Spears
"Girls, Girls, Girls" by Motley Crue
"Ace of Spades" by Motorhead
"Gimme All Your Lovin'" by ZZ Top
"The Number of the Beast" by Iron Maiden
"Breaking the Law" by Judas Priest
"Satisfaction" by The Rolling Stones