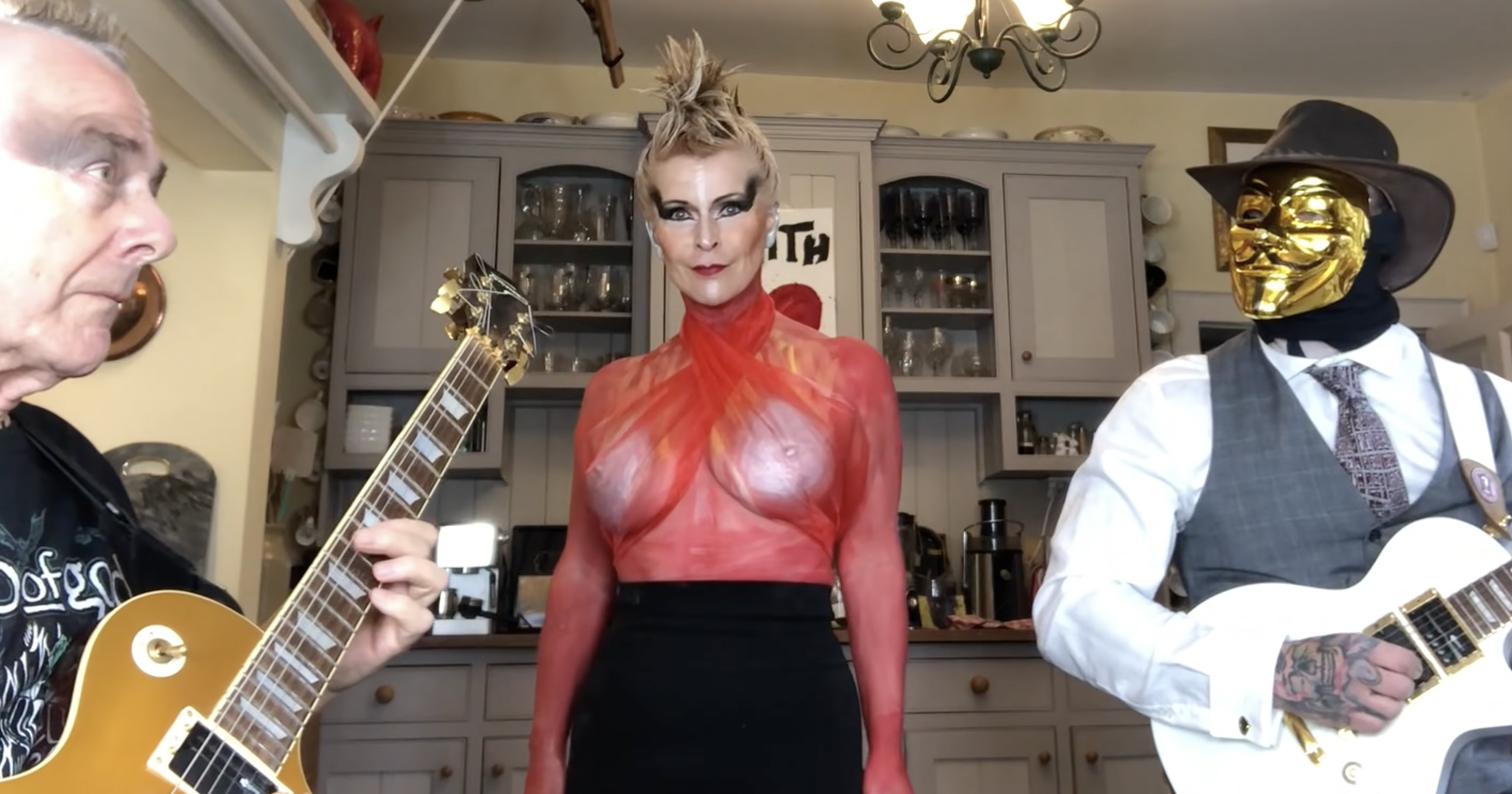 "What will they do next?" is something I find myself asking every Sunday morning for Toyah & Robert's Sunday Lunch series. Today's cover opens with a graphic that warns we would see the duo like we've never seen them before.

Indeed, for their cover of the Prodigy classic "Firestarter," everybody is dressed as if they had just come from a Mad Max shoot. As always, the cover is a fun way to distract yourself for a few minutes.

Here are some of the duo's other recent covers:
"Enter Sandman" by Metallica,
"Rebel Yell" by Billy Idol,
"I Love Rock and Roll" by Joan Jett,
"Welcome to the Jungle" by Guns N' Roses,
"Purple Haze" by Jimi Hendrix,
Tainted Love by Soft Cell,
"Poison" by Alice Cooper
"Everlong" by Foo Fighters
"Toxic" by Britney Spears
"Girls, Girls, Girls" by Motley Crue
"Ace of Spades" by Motorhead
"Gimme All Your Lovin'" by ZZ Top
"The Number of the Beast" by Iron Maiden
"Breaking the Law" by Judas Priest
"Satisfaction" by The Rolling Stones
"Silver Machine" by Hawkwind
"Baracuda" by Heart