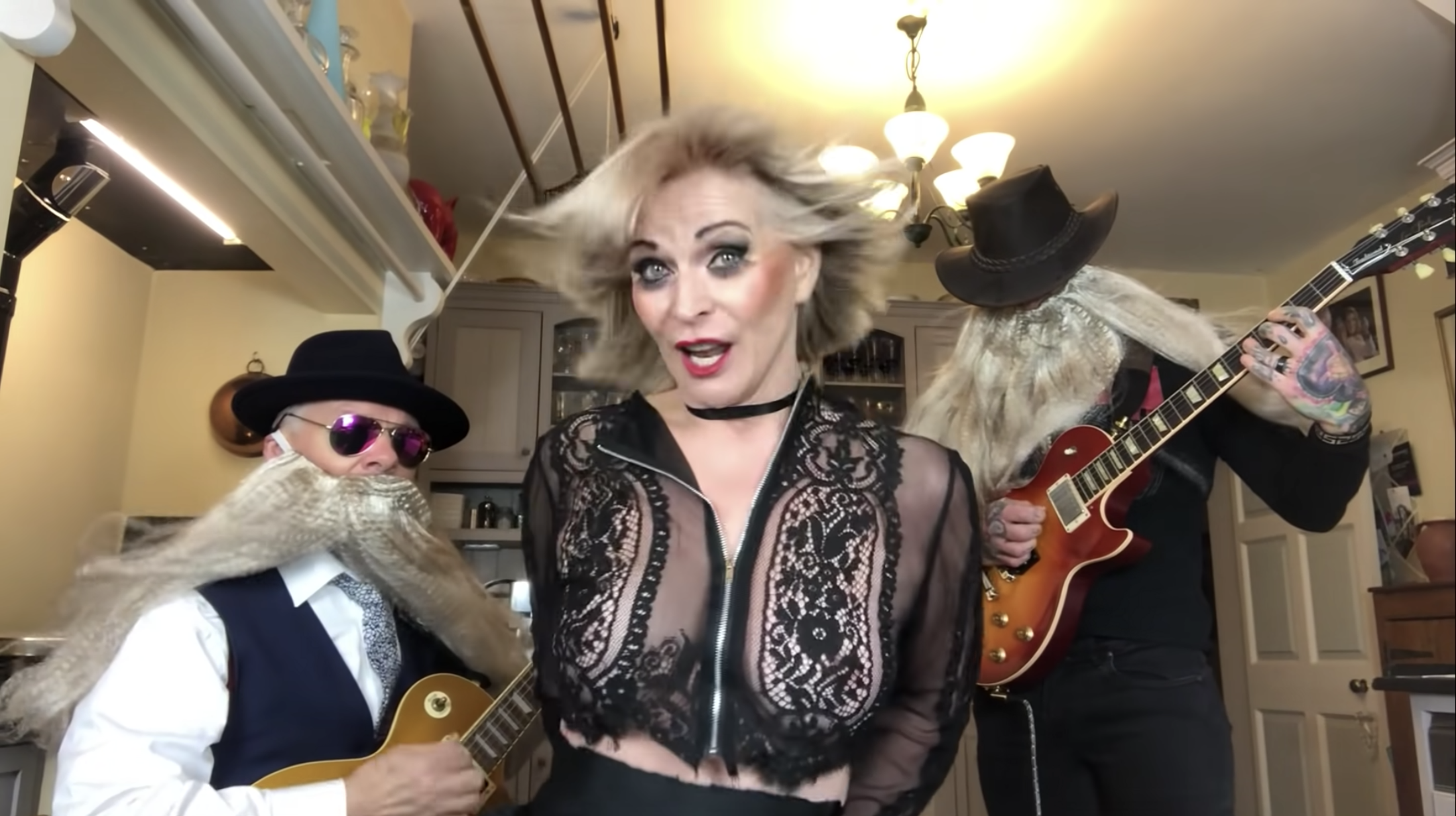 It's Sunday and that means Toyah Willcox and her husband, King Crimson guitarist Robert Fripp, are back with a new cover, this time tackling ZZ Top's "Gimme All Your Lovin'"

The cover features a mysterious second guitarist, who is not identified by the married duo, and it's the biggest mystery since the tortilla man in Slipknot.

Earlier in the week, Toyah and Robert were interviewed by RollingStone, and offered some interesting insight into their creation of this weekly video series. Asked why they started the series, Wilcox responded "This whole thing about being in lockdown was people were stopping moving, and our generation must move."

Here are some of the duo's other recent covers:
"Enter Sandman" by Metallica,
"Rebel Yell" by Billy Idol,
"I Love Rock and Roll" by Joan Jett,
"Welcome to the Jungle" by Guns N' Roses,
"Purple Haze" by Jimi Hendrix,
Tainted Love by Soft Cell,
"Poison" by Alice Cooper
"Everlong" by Foo Fighters
"Toxic" by Britney Spears
"Girls, Girls, Girls" by Motley Crue
"Ace of Spades" by Motorhead