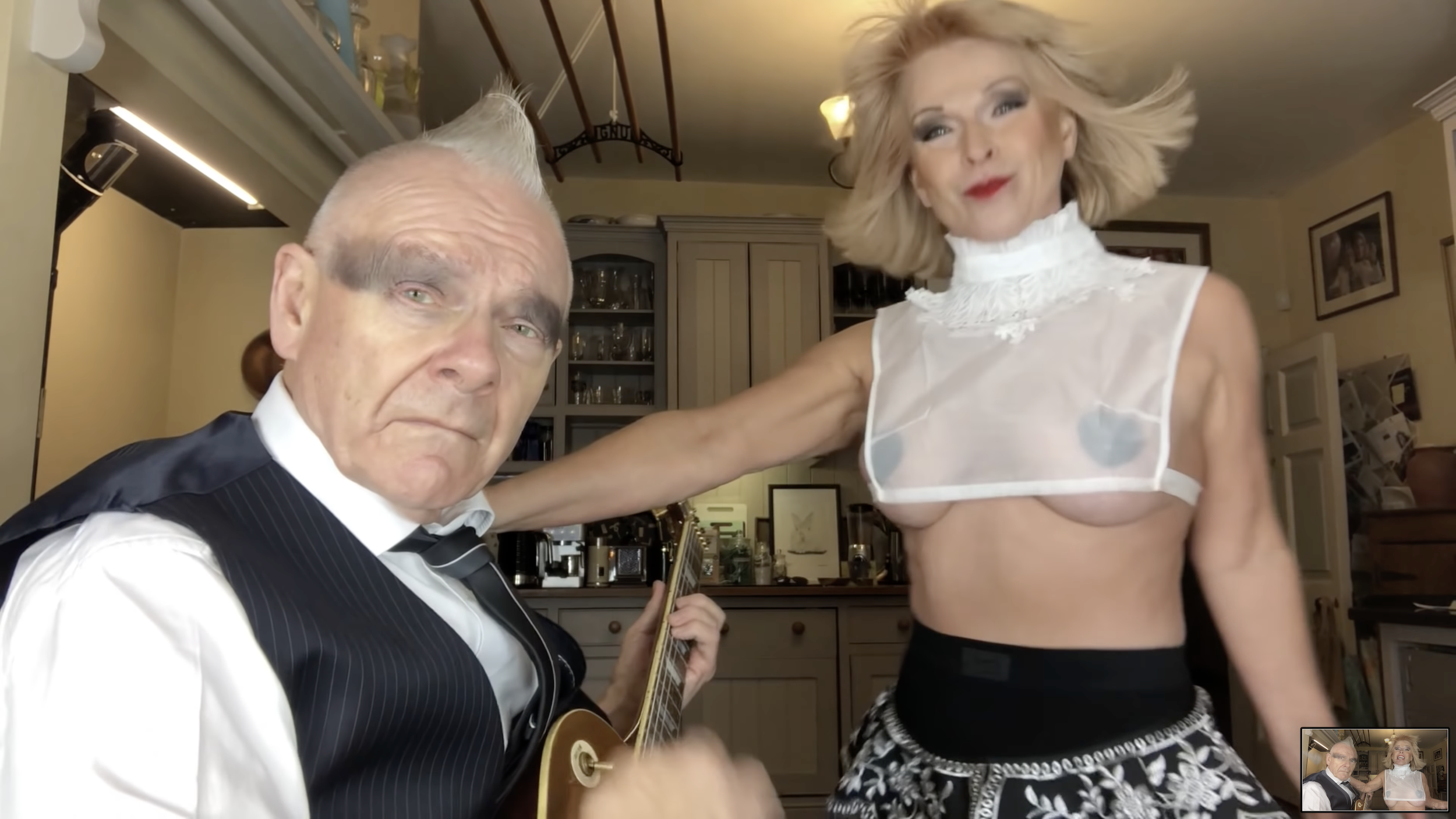 It's been a few months since we've checked in with Toyah & Robert Sunday Lunch cover videos. With the world opening up, King Crimson going out on tour late last year, we looked away for a while, but it looks like the duo is back to their classic hijinx and we can't look away.

This week, they cover The Undertones’ 1978 classic “Teenage Kicks,” and they ham it up as they always do.

Toyah and Robert were interviewed by RollingStone in 2020, and offered some interesting insight into their creation of this weekly video series. Asked why they started the series, Wilcox responded "This whole thing about being in lockdown was people were stopping moving, and our generation must move."

"Enter Sandman" by Metallica,
"Rebel Yell" by Billy Idol,
"I Love Rock and Roll" by Joan Jett,
"Welcome to the Jungle" by Guns N' Roses,
"Purple Haze" by Jimi Hendrix,
Tainted Love by Soft Cell,
"Poison" by Alice Cooper
"Everlong" by Foo Fighters
"Toxic" by Britney Spears
"Girls, Girls, Girls" by Motley Crue
"Ace of Spades" by Motorhead
"Gimme All Your Lovin'" by ZZ Top
"The Number of the Beast" by Iron Maiden
"Breaking the Law" by Judas Priest
"Satisfaction" by The Rolling Stones
"Silver Machine" by Hawkwind
"Baracuda" by Heart
"Firestarter" by Prodigy
"Born to be Wild" by Steppenwolf
"Rock You Like A Hurricane" by Scorpions
"Paranoid" by Black Sabbath
"Sweet Dreams" by the Eurythmics
"Love in An Elevator" by Aerosmith
"Chop Suey" by System of a Down
"Pretty Vacant" by the Sex Pistols
"You Really Got Me" by the Kinks
"My Generation" by the Who