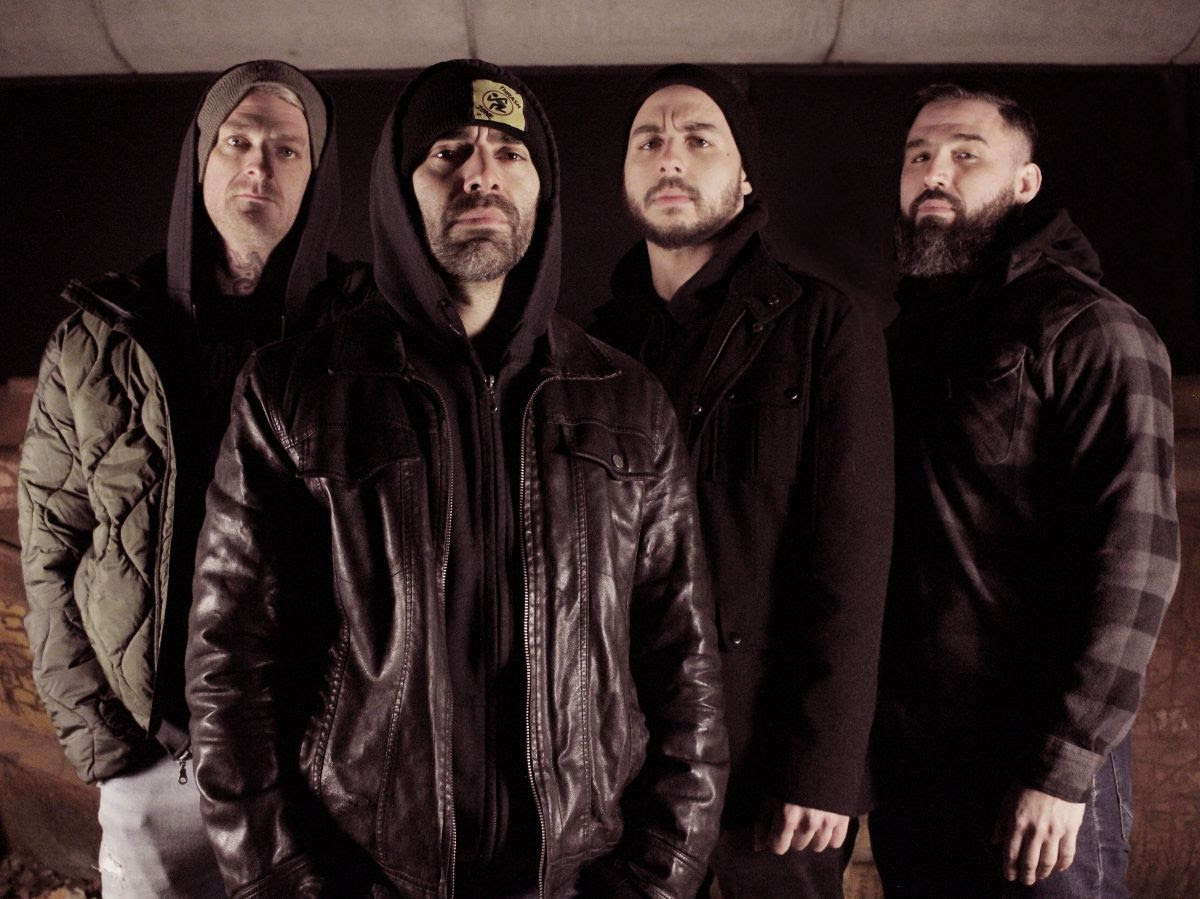 Looking for something new to listen to? Get acquainted with these tracks from some lesser-known bands that came out in February thanks to our monthly Underground Roundup! Check out our cumulative playlists below featuring this month's edition, as well as all the previous months as well.

Absent In Body is the new band featuring Neurosis vocalist and guitarist Scott Kelly, ex-Sepultura drummer Igor Cavalera, and Amenra guitarist Mathieu J. Vandekerckhove and vocalist/bassist Colin H. Van Eeckhout. The band is now streaming their noisy, crushing new single "Sarin" off Plague God. The record is out on March 25 and is available for pre-order here.

Alunah is now streaming their new single "The Earth Spins" featuring Crowbar bassist Shane Wesley on guitar. The song is jam-packed with melodies atop an extra layer of Wesley-provided sludge, making for an one hell of a beefy end product. Alunah will release Strange Machine on April 15. Pre-orders are available here.

Black Map's new single "Super Deluxe" sounds a little like a radio-friendly version of Tool decided to take on the production chunkiness of a band like Karnivool or Soen. Plus with a chorus like this one, it's gonna be a little difficult to get the song out of your head. You've been warned. The new Black Map album Melodoria is out now and is available here

The Devils Of Loudun – "Praise The Eternal Nightmare"

The Devils Of Loudun feels like an extra neo-classical version of The Black Dahlia Murder, and in no way complaining about that. Their riffs are crunchy, the orchestratations are a nice touch, and the whole band is pretty much on fire. The Devils Of Loudun recently released their new record Escaping Eternity, which you can check out here.

Extinction A.D.'s blistering new single "1992" is great if you're mood for neck-breaking riffs and some seriously ass-kicking breakdowns. Which, given that you're here reading this article, seems safe to assume that you absolutely are. Extinction A.D. will release Culture Of Violence on March 18. Pre-orders are available here.

Moon Tooth's new song "Carry Me Home" is groovy as hell and furthers the band's perfect blend of progressive metal and straightforward rock. Maybe this one is a little heavier on the groove, though it certainly doesn't come up even a little short on incredible musicianship. Moon Tooth will release their new record Phototroph on May 13. Pre-orders are available here.

Oceans Of Slumber – "The Waters Rising"

"The Waters Rising" is a great example of what makes Oceans Of Slumber so damn good – it's a really catchy song that does a slow dive into heavier territory without sacrificing all its hooks and melodies. What I'm getting is that this band rules and you need to listen to them. Oceans Of Slumber is expected to announce a new album soon.

Playgrounded is now streaming their very progressive new single "The Swan," which fans of gloomier bands like Katatonia and The Ocean are sure to love (though with a little more atmospheric heft of the latter). The single is off Playgrounded's upcoming record The Death Of Death. The album is out March 18 and is available for pre-order here.

Somali Yacht Club, the band named after the real-life pirates who attack vessels off the Somalian coast, offers a great blend of melancholic, atmospheric post-rock and crunchy stoner-leaning riffs on their new single "Silver." The single is off Somali Yacht Club's coming record The Space due out April 22. Pre-orders are available here.

Tómarúm – "In This Empty Space"

Tómarúm, the progressive black metal duo from Atlanta, GA, is now streaming their fantastically epic single "Where No Warmth Is Found." The single is off the forthcoming record Ash In Realms Of Stone Icons, which if you're not into after hearing this may mean you just hate good progressive black metal. It's that simple. Ash In Realms Of Stone Icons is out May 6. Pre-orders are available here.

Wo Fat – "The Witching Chamber"

Wo Fat is back with nearly 10 minutes of chunky riffs thanks to their new single 'The Witching Chamber." The single is off Wo Fat's coming record The Singularity, which they said explores "existential threats and a dark destiny." You could also just turn on the news for that, but Wo Fat is definitely more fun. The Singularity is out May 6, and pre-orders are available here.