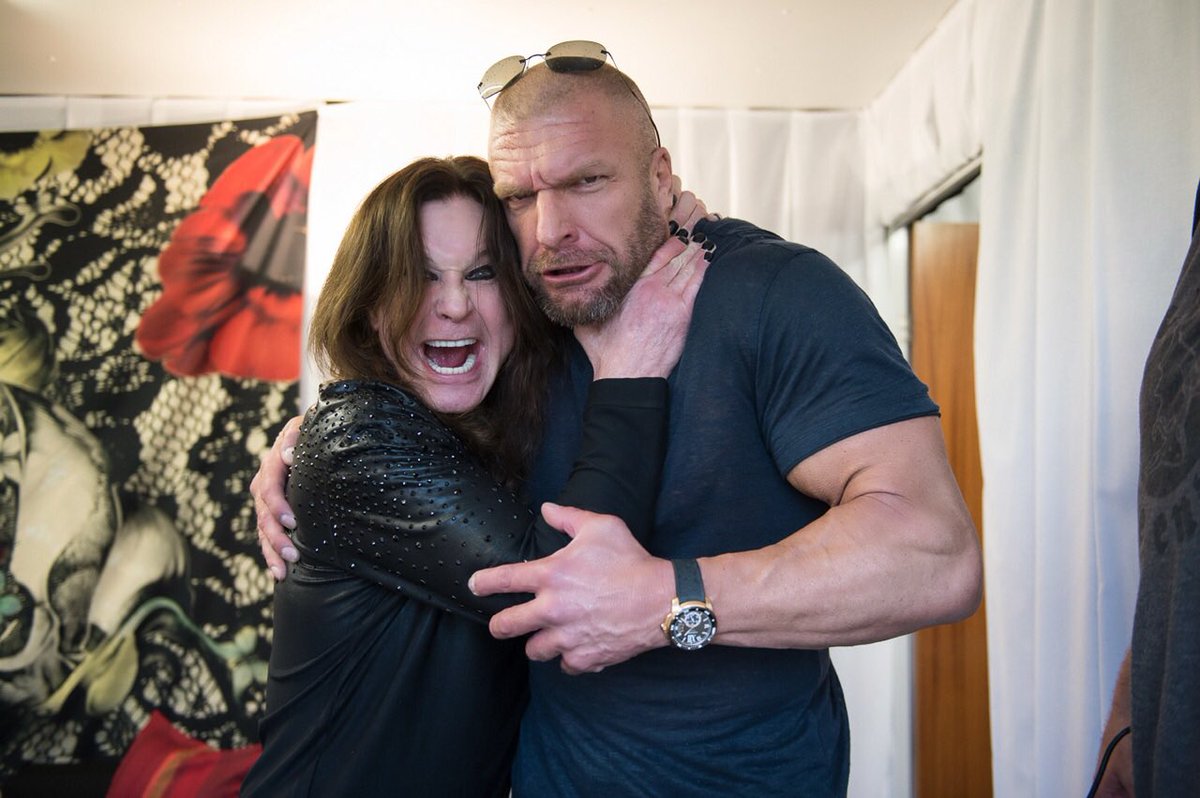 Did you hear the news? Probably not… but Ozzy Osbourne is being inducted into the WWE Hall of Fame tonight. For some reason, neither party has really promoted what should be a momentus occasion.

Now, you might be saying – wait a minute Rob, Ozzy isn't a wrestler! And you're correct. There is a "celebrity" wing of the WWE Hall of Fame, which has such luminaries as Mr. T, Snoop Dogg, Drew Carey, Kid Rock and the 45th president of the United States, Donald Trump.

Ozzy is being inducted based on his previous appearances, including appearing in the corner of the British Bulldogs at WrestleMania 2 when they captured the (then) WWF tag team championships from the Dream Team. Ozzy also performed on an edition of Smackdown in May 2007 and guest hosted Monday Night Raw in November of 2009.

Update: Here is the video of his induction.

But, yet, there was no big hoopla about Osbourne's induction. There was no official announcement, and the news was actually broken yesterday by Wrestling Observer. The only evidence was a brief graphic that aired on Raw last night, and blink and you would've missed that Ozzy is even among the inductees.

The WWE Hall of Fame ceremony airs tonight at 8pm on the WWE Network on PeacockTV and of course WrestleMania is this weekend. If you'd like to know my predictions, check out the new episode of Squared Circle Pit, which also features a Rhea Ripley interview.