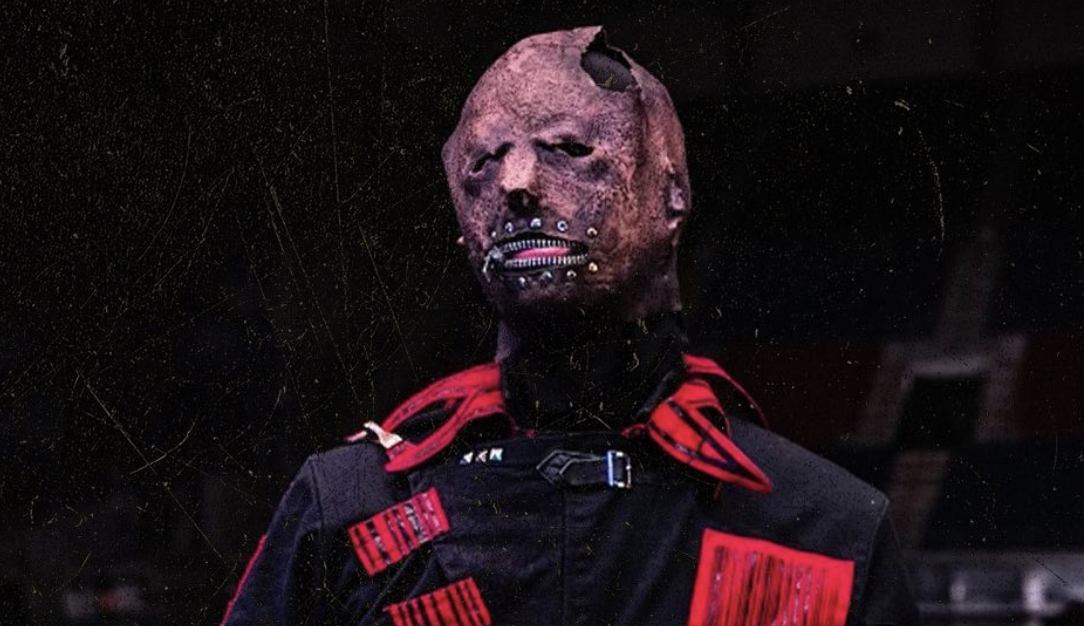 Could the long-awaited new Slipknot album be coming soon? That's certainly what it seems percussionist Michael "Tortilla Man" Pfaff is teasing. Pfaff took to Instagram yesterday to post a clip from West Side Story where the lead character Tony sings the song "Something's Coming." For those unfamiliar or impatient, the lyrics to the clip are "Could it be? Yes, it could / Somethin's comin,' somethin' good, if I can wait / Somethin's comin,' I don't know what it is / But it is gonna be great." Then right as the song hits the fourth line, Pfaff pans over to a Slipknot hat.

This could of course just be Pfaff voicing his excitement about Slipknot's upcoming tour next week, but given the hype around a new album who knows. This would also be the perfect time to drop a single – the tour kicks of on July 20 in Bucharest, and what better way to promote a coming new album than with a tour?

On their previous tour, vocalist Corey Taylor told the crowd at the TaxSlayer Center in Moline, IL on June 5 that the new stuff is coming within the next month-ish. "I'm gonna start some shit by telling you that probably within the next month, you will probably hear some new fuckin' Slipknot shit," said Taylor before the band launched into "The Chapeltown Rag." Given we're about a month-ish out from June 5 now, it could very well be time!

"I would say we kind of turned up the dials on experimentation," said Weinberg. "And there's some new things happening that are really exciting, really interesting, stuff that maybe I wouldn't have even expected us to pull out of our hat. We've got a song that's like the heaviest blues song on earth, and stuff like that that's super exciting to hear what the guys are doing. Then, once we're working on the instrumental for a while, then we get to hear what Corey brings to the table and how that elevates things and turns things into newer and better and whatever… It's very exciting to hear that kind of taking shape."

Weinberg later added that the new album is certainly classic Slipknot, noting that "'The Chapeltown Rag' is a great example of that. I think that's a song that's us kind of at peak energy and chaos."

"But what also really excites me is the way that we push things in experimental ways without questioning it. It's just kind of, like, 'This is what we wanna do. And people can take it or leave it. We don't really care.' Like on our last record, 'Spiders' was a great example of a song that is totally out of no playbook of Slipknot's, but we make it Slipknot. I think now that we're kind of in this final stage of mixing this album, I think I'm confident in saying that we just kind of turned up the dials on all that experimentation. And there's some really, really new stuff that's super exciting. And I hope it makes its way onto the stage soon. It's gonna be exciting to share."