DREDG Is Aiming To Hit The Studio This Winter

Dredg has been diligently working on the follow-up to their 2011 album Chuckles And Mr. Squeezy for the past few years, and it seems like we might finally get to hear it in 2023. Dredg bassist Drew Roulette said in an interview with the Vulgar Display of Podcast show that the band is hoping to hit the studio either late this year or early next year. Roulette added that Dredg quietly postponed plans for an international tour in order to make time to finish the record.

"We've been obviously writing for the last five-plus years, and we get together every week to do that. It's been awesome, but it's getting to the point where we just have too many songs. It's like, every time we get in there we wanna write something new, you know? But actually working on the songs is actually work, right? None of us wanna work. We just wanna get in there and jam because it sounds good and it's easy."

"So you know, working on that. We're supposed to do an international tour next year but we kinda had to postpone that. We made the decision recently, just because we don't want it to get in the way of the record. Which is good news for me because that's what I'm most interested in. I'm thinking we'll write until the end of the year and maybe get in the studio this winter, or maybe early next year."

In an interview conducted in 2020, Roulette said some ideas for the new album date all the way back to El Cielo.

"The last record we did, Chuckles And Mr. Squeezy with Dan The Automator, was more electronically focused. And it didn’t seem as much of the full potential of our rock personality. So no matter, what the record sounds like—the new one—it’s gonna feel like it’s more Dredg again because of that dichotomy, that opposition. But at the same time, one thing that we’re also doing which has been really exciting is taking some old songs that we never finished, even from the El Cielo era.

"Or, the other day I found this video clip of Dino playing this awesome beat in Studio 880 in Oakland in 1999, and I brought that to the jam room and just played it and Mark and I jammed to him. He wasn’t even there, but we’re just jamming to this beat that was written 20 years ago. So it’s this weird amalgamation of the past and the present that’s creating this new music. So that’s unique."

"It's exciting to get in there and just fuckin' slam on the drums and make loud fuckin' music and we love it and we've been doing that. So it's gonna be a lot of that, more aggression."

In this article: DREDG 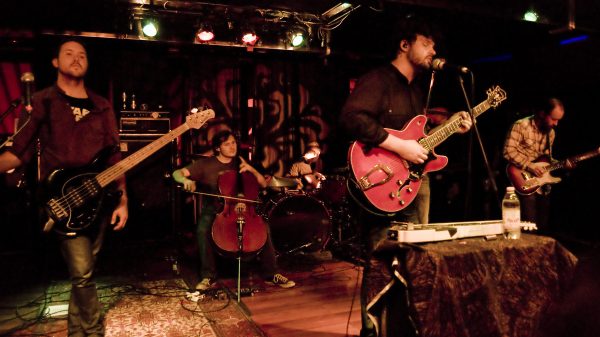 It's gonna be a good year for Dredg fans.

DREDG Has "Probably Two Albums Worth" Of New Material