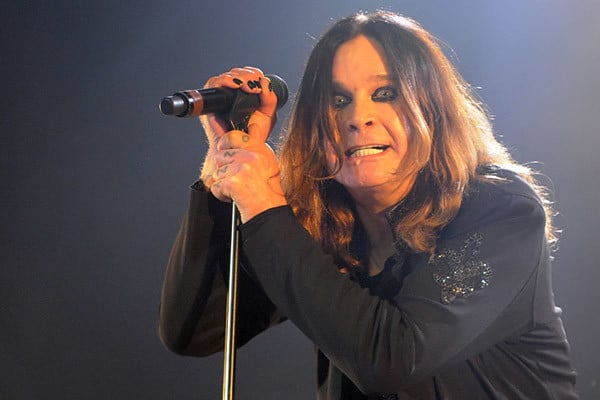 The New Year didn't kick off quite nicely for the Osbourne clan as they woke up to some troubling news on gossip site Radar Online. The report said that Ozzy Osbourne was bedridden and in agonizing pain.

It also noted that Ozzy was "is in such dire straits he didn’t even realize his wife, Sharon, missed the holidays with him for the first time in 40 years." Sharon was in the UK doing promo work, and Ozzy, not allowed to travel, stayed at their Los Angeles home.  “Ozzy is in chronic pain and begging to be put out of his misery!” an alleged source told the gossip site.

"Today I had a wonderful start to 2020. I went out to lunch with my family. Then I spent the rest of the day laughing and hanging out with my dad. I come home to read sickening articles about my dad supposedly being on his 'death bed' sometimes the media makes me sick!!

"It's no secret that my dad has had a rough year when it comes to his health but come the F*CK on this is utter bullshit."

Ozzy looked to be in better shape in November, when he made his first public appearances since his accident, performing with Post Malone at the American Music Awards. It should be noted that in both performances, Ozzy was performing near a throne. He would sing his parts and then sit down occasionally.

We are rooting for the Prince of Darkness. It looks like he has a busy 2020 lined up, as he has rescheduled tours in North American with Marilyn Manson and Europe with Judas Priest. Here are those tour dates: 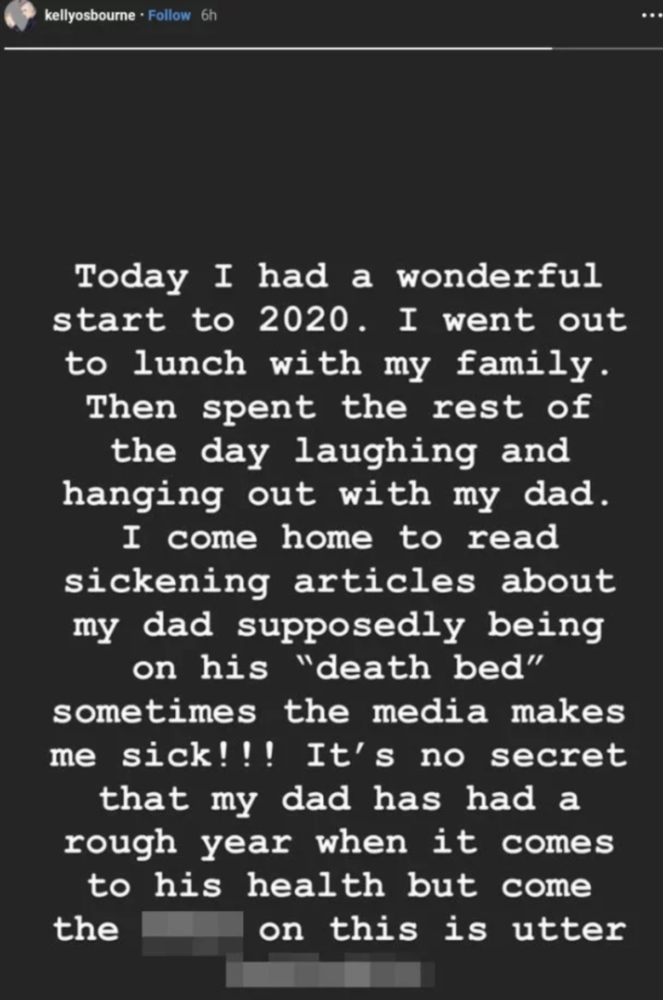