OZZY OSBOURNE On The U.S. Election: I'm Sure DONALD TRUMP Is Going To Win Now 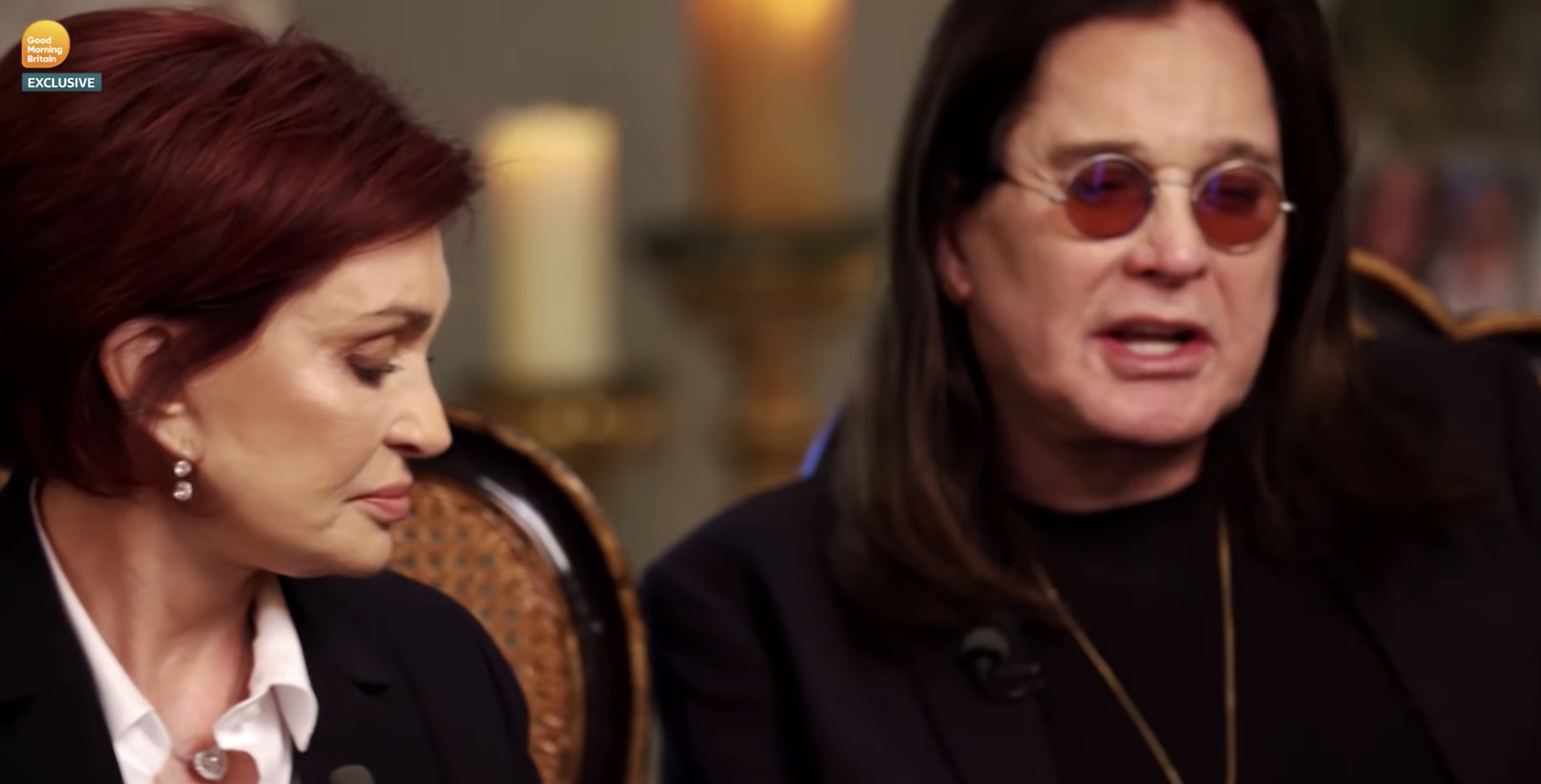 We all love to know what the political opinions of folks like Ozzy Osbourne and Sharon Osbourne are, right? No? Then perhaps this is for you. Otherwise, one of rock's biggest power couples appeared on UK's Good Morning Britain's Piers Morgan last week (March 3rd) and the fine folks at Ultimate Guitar pulled some quotes. I thought I would focus on the more political-in-nature quotes.

First, they started with British politics, where Sharon gave an equal opportunity trashing to both the left and right wings of government:

Jeremy Corbyn, he wanted to be family…
Sharon: "I loathe Jeremy Corbyn. I think that Jeremy is the devil, and I think his party… I loathe him."

What do you make of Boris Johnson?
Sharon: "He's an eccentric. I don't like what he's trying to do with the press, doing the Trump thing, 'You can come in, you can't, you can.' If he starts that, oh, it's over."

The interview then transitioned to American politics, with Ozzy chiming in thinking that Trump has already basically won reelection.

This country, America, can it take four more years of Trump?
Ozzy: "When he wins – I'm sure he's gonna win now, I don't think there's anybody else to get there."

Sharon: "All I know is that he's taken politics down to a level that I don't think it should be at. I think that you should be able to debate on the subject, not take personal shots. He shoots from the hip, and the thing is he has done some good things, but as far as a representative, I would rather have Obama."

Ozzy: "He gets things, he gets everybody moving, whether you agree with him or not. I don't understand politicians, they all should form one big huge rock band and see how they play."

Sharon: "Oh, he'd try anything, Trump, if there is an audience."

The topic turned to teen activist Greta Thunberg and while Sharon supports Thunberg's efforts, Ozzy is somewhat skeptical of her intentions.

What do you make of Greta Thunberg?
Sharon: "She's amazing."

Ozzy: "She's cool, but why do we have to go, 'Oh, we're listening now,' when all the adults for ages have been going…"

Sharon: "I think because what she states is: 'You're all gonna die, but it's affecting my generation,' and I think the world needed that from somebody of her age because you know that she must have a huge army of people behind her."

Ozzy: "She didn't sound like it comes from her. It's too well put together for a young kid."

Ozzy's new album, Ordinary Man is out now. Watch the full interview below: