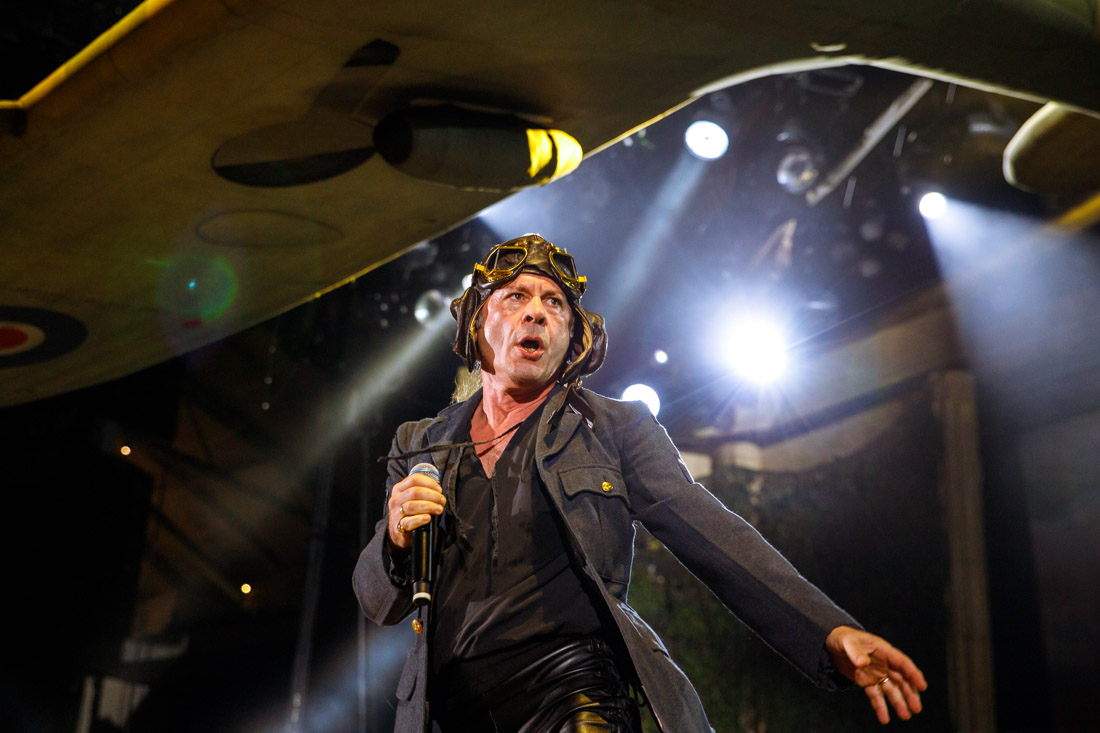 Brexit, or the United Kingdom's exit from the European Union was a hot topic before it was passed in 2018. At the time, some were surprised that Iron Maiden frontman Bruce Dickinson was for the move. Now, he's complaining about it.

Let's go back to a 2018 interview with Bruce, in a video interview for France’s L’Obs, he explained why he was for it and how it wouldn't really affect bands: “If musicians were running Europe, Europe would run a lot better because we’d all get on with each other and say, ‘Yeah.’

“Interesting thing about Brexit was that I was one of the people that voted for it. I’m quite relaxed about the idea.

“There’s a lot of nonsense and scare stories being made up by both sides, actually, which I think is pretty immature. Brexit will enable us to be more flexible and I think that people in Europe will get an advantage from that."

You can read his full quote here, but this part at the end will come in handy in a moment: “Brexit actually opens our borders, Brexit opens the United Kingdom to the whole of the world.

“Whatever deal is going to be done on Brexit will not change the status of the UK by very much, but I think it will enhance our economic capabilities. And that’s good for us and that’s actually, in the long run, good for Europe as well. Because as the fifth largest economy in the world, Europe would like access to our market.

“And rapidly after that people will forget about all this nonsense about Brexit and just say there is new relationship with the uk, that’s it, end of story. And we can all get on with doing what we should be doing, which is getting on with each other, trading with each other, making music, making love, and making sure that Vladimir Putin doesn’t come and end up ruling our country.”

Okay, now let's fast forward to present-day. Dickinson was interviewed by Sky News and his answer is a smidge different.

“Don’t get me started on the government’s attitude to the entertainment industry. We are probably one of the U.K.’s major exports. I mean … come on. And yet we’re sitting here, we can’t do anything.

“It’s very well known that I voted for Brexit. But, you know, the idea is after you’ve done it, you then go in and be sensible about the relationship you have with people. So, at the moment, all this guff about not being able to play in Europe, and the Europeans not being able to play over here and work permits and all the rest of the rubbish — come on! You know, get your act together.”

It seems as though the two comments are contradictory, no?