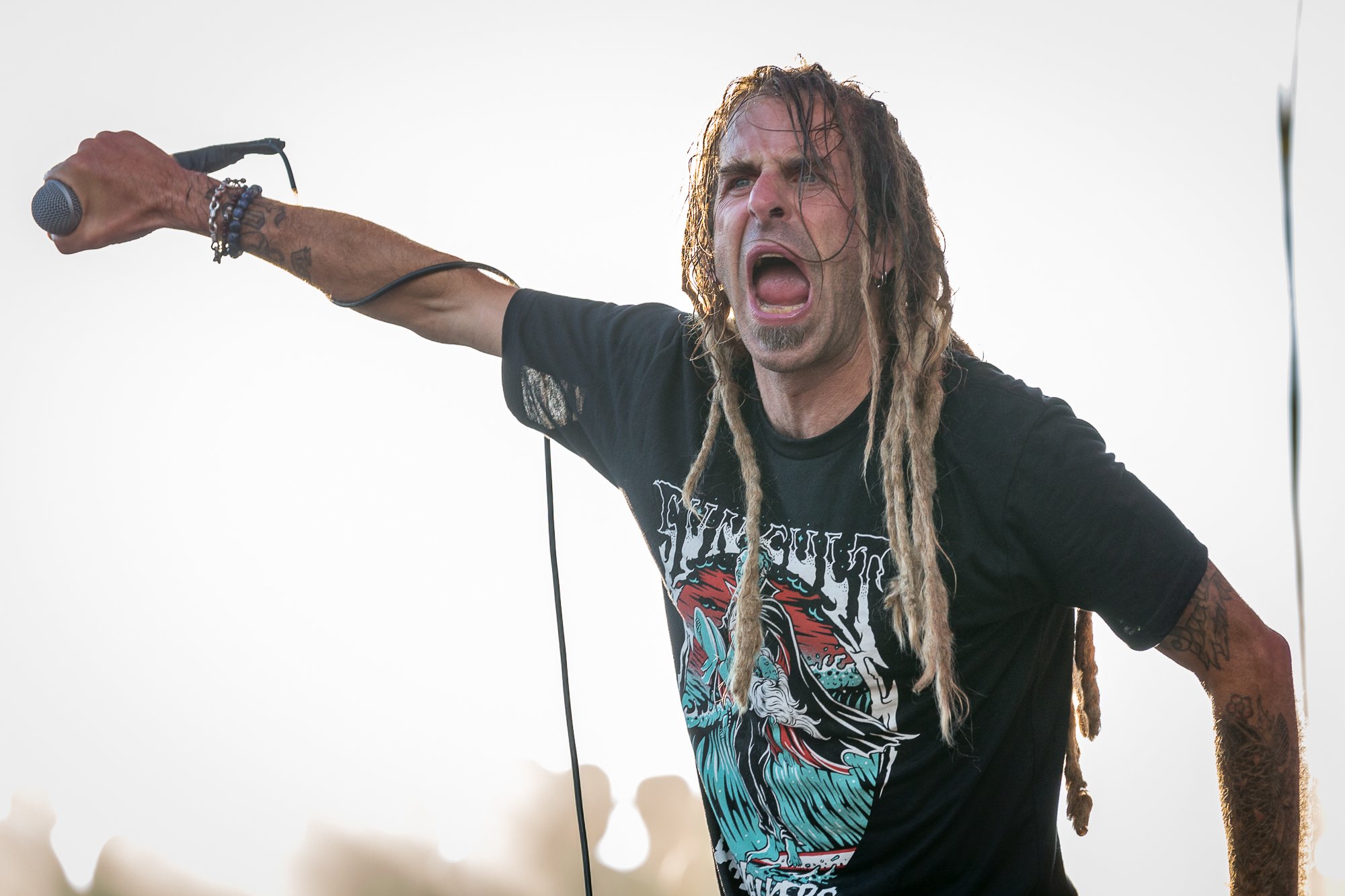 Lamb Of God vocalist Randy Blythe has taken to Instagram to express his approval of Virginia removing statues of both Confederate generals Robert E. Lee and Stonewall Jackson. Blythe said he believes the removal of the statues is not intended to erase history, but instead frame things more accurately.

"Yesterday morning I went to Charlottesville, VA with a friend to shoot photos of the removal of the statues of Robert E. Lee & Stonewall Jackson, but when we got there Lee was already gone, & we just barely caught Jackson being wheeled away. I stood there looking at the empty plinth Lee stood on & thought back to 2017, when a 20 year old neo-Nazi came all the way here from Ohio to join a bunch of other hate-filled people, people who marched with torches through this sleepy town chanting 'Jews will not replace us!' shouting the language of the Reich, of fascism, of the Führer, of the mechanized killing machines of Auschwitz. This deluded young man was so filled with hatred that he drove his car full speed into a crowd of people, injuring 35 people & killing a 32 year old Virginia girl. That man will never leave prison, sentenced to life + 419 years. Heather Heyer is dead & gone, & she will never feel the sunshine on her face again. For what? A stupid hunk of metal & stone? Because other people don't have the same skin color? I will never understand that way of thinking.

"People say 'You can't erase history by taking those statues down.' They are right, but that's not the point of those statues coming down- no one is trying to forget history at all- they are striving for an accurate recounting of it. And a much better instructional source than statues are actual letters from the time period we are studying. We can & should learn from those writings, so here's a couple of quotes from the letters of a man who was very much opposed such monuments, categorically refusing to have anything to do with them after the Civil War ended:

"'As regards the erection of such a monument as is contemplated, my conviction is, that however grateful it would be to the feelings of the South, the attempt … would have the effect of … continuing, if not adding to, the difficulties under which the Southern people labour.' – Robert E. Lee

"'I think it wiser not to keep open the sores of war but to follow the examples of those nations who endeavored to obliterate the marks of civil strife, to commit to oblivion the feelings engendered.' – Robert E. Lee