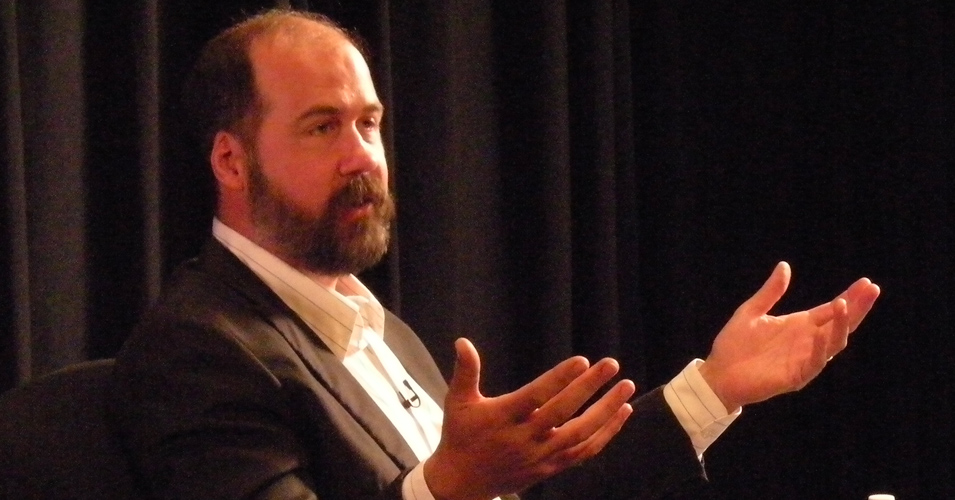 Nirvana bassist Krist Novoselic caused quite a stir yesterday after commenting on U.S. President Donald Trump's controversial address to the nation on Monday night, June 1st. Trump called for "law and order" and said he would send the national guard to quell protests that launched in the wake of murder of George Floyd by a police officer. As Trump was making his speech, the completely peaceful protest begin to be pepper sprayed by law enforcement, with intense aggression, all so that Trump could have a photo op at a nearby church which started burning the night before during protests.

Here is real-time video as Trump was making this speech:

Krist Novoselic saw all of this and thought that Trump was doing a good job. He offered these comments:

“Wow!!! I know many of you can’t stand him, however, Trump knocked it out of the park with this speech.

“I drove from Wahkiakum to Seattle and back today and have seen countless fellow Washingtonians on the road. I did not see any violence—but a Tesla supercharging station at an Auburn mall was closed off by police. Driving, I passed by regular folks who are already stressed by the Covid situation. Now, social media and television are looping images of societal breakdown.

“I agree, the president should not be sending troops into states — and he legally might not be able to anyway — nevertheless, his tone in this speech is strong and direct.

“I have been watching the images in the media and thinking about how polarised our country is. I mean, even wearing medical masks in public can be seen as a political statement! The violence, (and not the protests) appear as a leftist insurrection. Most Americans want peace in their communities and President Trump spoke to this desire. Never mind the legal details that few understand – Trump said he would stop the violence and this speaks to many.”

Novoselic noted in the comments that he voted for libertarian candidate Gary Johnson in 2016, and previously supported Barack Obama way back in 2008. He has been an outspoken libertarian for years.

Feeling heat from his initial comments, Novoselic felt the need to clarify, before deleting his Twitter and setting his Facebook to private.

“To clarify a few things: As an avowed independent, I don’t endorse a major party or candidate. And it feels insane to have to say this, but I don’t support fascism, and I don’t support an authoritarian state. I believe in a civilized society and that we all have to work toward that. Love and thanks to anyone who cares to read this.”

So yeah, that happened. We discussed this very topic on this week's episode of the RIP a Livecast. Hear our thoughts on the matter below: