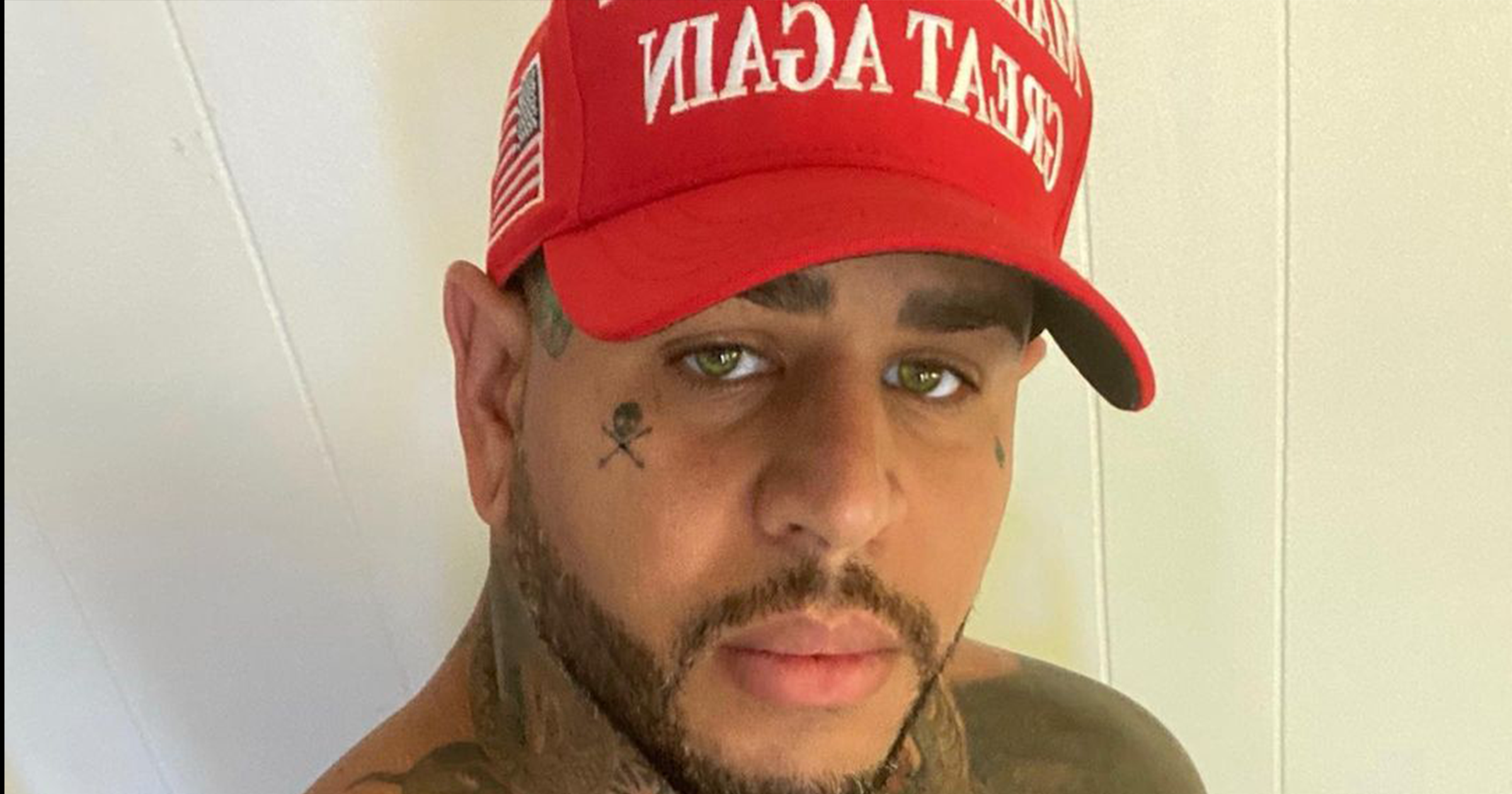 A lot of musicians take digs at current U.S. President Donald Trump, but Bad Wolves frontman Tommy Vext is not among those taking digs at the president. In fact, late last night, Vext publicly endorsed Trump for president.

Vext posted a shirtless photos onto his Instagram, wearing a "Make America Great Again" hat and he offered a long statement making a few claims, some of which we were wondering about. Much like with Five Finger Death Punch guitarist Zoltan Bathory's recent statement on that band's controversial new anti-mask video, I have some questions.

Ok, so after months of research, debate, observations and praying I have made a decision. It was not easy, many times I thought I might be going the way of Libertarian electorate. But at the end of the day it is clear that there is only one choice that means saving our country from the tyranny, censorship & subjugation
of the far left.

First off, the post has over 27,000 likes as of this writing, so people definitely saw it. Secondly, what is this "tyranny, censorship & subjugation of the far left," that you speak of? The country is currently being run by a Republican. Republicans are the majority in the Senate. Where does the far left have power? Also, how do you define far left? Personally, I'm curious where you've done your research. Who have you been debating with? Have you discussed these topics with people who you consider on the "far-left" or was it just a discussion with people with similar views or perhaps even views that could be considered further to the right of you?

I know this means I’ll be shadow banned.
I know some fans will boycott the band. More them likely the Rock media will have a field day telling its readers how a black man should vote. Some will unfollow me. Maybe I will loose money, business deals & credibility with the gate keepers in my industry.
But I will not cower under the shadow of cancel culture and digital bullying.

When did anybody in the rock media tell you how to vote? Who canceled you? If people disagree with your opinion, and then choose not to give you their money, isn't that called freedom? Isn't that using your voice?

We are living in a time where we have allowed professional pretenders to dictate our morals and values. And now because of big tech censorship, Antifa, mainstream media, Hollywood elitists and BLM’s outright hypocritical barbarism & a complete lack of trust in sleepy joe I am publicly endorsing @realdonaldtrump for president of the United States Of America

To quote Linda Hamilton in Terminator 2
“Of all the would-be fathers who came and went over the years, this thing, this machine was the only one who measured up. In an insane world, it was the sanest choice.”

Who are these "professional pretenders" that "dictate our morals and values" and who should be dictating those?

It's a very bold move for Vext to take such a strong stance. Will it have an effect on his band's business?

Vext caused quite a stir when he said back in June "I have not experienced actual racism" and said that it was all manufactured. You can watch the entire video here, which ran the gamut from talking about The Clinton Foundation and billionaire George Soros funding the protests (this has been debunked), to saying he personally never experienced racism. In a follow-up posted, he claimed his comments were widely misunderstood. Shortly after, Vext's bandmate, Doc Coyle, released his own statement saying he wholeheartedly disagrees with Vext.