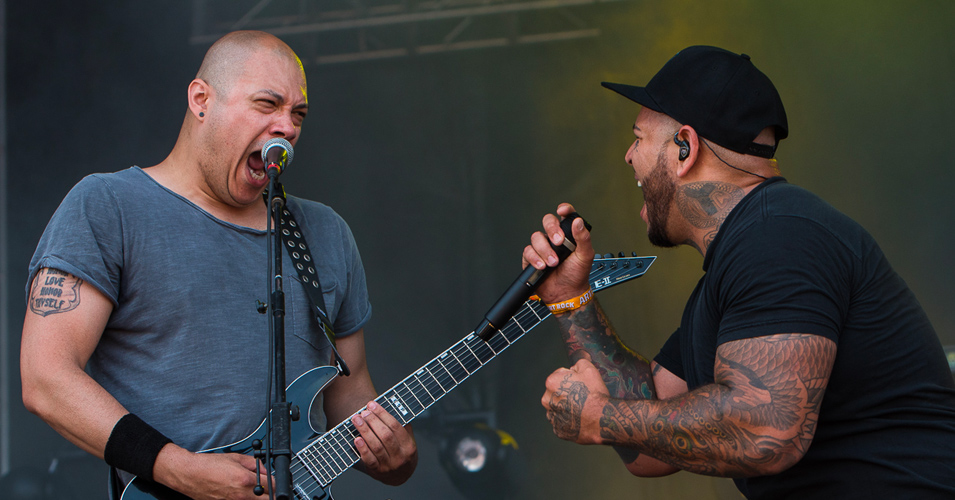 After Bad Wolves frontman Tommy Vext posted a video earlier this week, sharing a theory about the current Black Lives Matter movement, many fans of the band wondered what the band's guitarist, Doc Coyle, who is also black, thought of the statements.

Vext said earlier this week in a now deleted video, "I have not experienced actual racism" and said that it was all manufactured. You can watch the entire video here, which ran the gamut from talking about The Clinton Foundation and billionaire George Soros funding the protests (this has been debunked), to saying he personally never experienced racism. "I’m 38-years-old. I’ve grown up in this country and I have not experienced actual racism. I’ve spent twenty years traveling through 48 states and, how many countries? I don’t know, lets say 50 countries all over the world. We don’t have a problem with race here. It’s all manufactured." Vext has since issued a second statement saying his intentions were "widely misunderstood".

While so far, Coyle only responded to a fan tweet by saying "Let's just say we don't see eye to eye on this one," he has since released a longer statement.

Doc wrote "I have been uncharacteristically quiet with regard to the Instagram video & backlash to said video about Black Lives Matter recently released by BAD WOLVES singer, Tommy Vext. While it should be noted that I advocate for free speech & don't want to censor anyone, I wholeheartedly disagree with the content of this video. I speak for & represent myself. Thankfully, today Tommy offered a retraction/clarification on his thoughts on the matter & the video has been deleted. That means a lot to me. Some people agree & that's ok. Some people disagree & that's ok. But I apologize to anyone who was hurt.

"Some in the media will exploit this as a flashy band-feud, but Tommy & I have spoken. We've heard each other, & that's what this time should be about. Listening to one another. If he & I can disagree & be in a band together, then we as a count, or society can find a way to find common ground despite ideological differences. But we can't do that if we are talking past each other.

"I'm not an activist. I'm not a civil rights leader. But I offer solidarity to those addressing historical and systemic racial inequities in this country.

"Public band squabbles are bad for business, but if I didn't make my voice heard about an issue pertaining to my own band, then I have no credibility to speak on other social issues that are important to me. I would be letting fear get the best of me.

"I want to put the focus back on music, not politics. This is a distraction from what we are here to do — create, perform, & engage. It may sound corny, but I want our message to be one of inclusion & positivity because that's what I truly believe in."

Coyle will be appearing on Will Putney's livestreaming event, We Can Do Better this weekend.

My statement regarding the recent backlash to my singer, Tommy Vext's, video on race. pic.twitter.com/D4TTpr5q5P