OZZY OSBOURNE Got His First Vaccine Shot For COVID-19 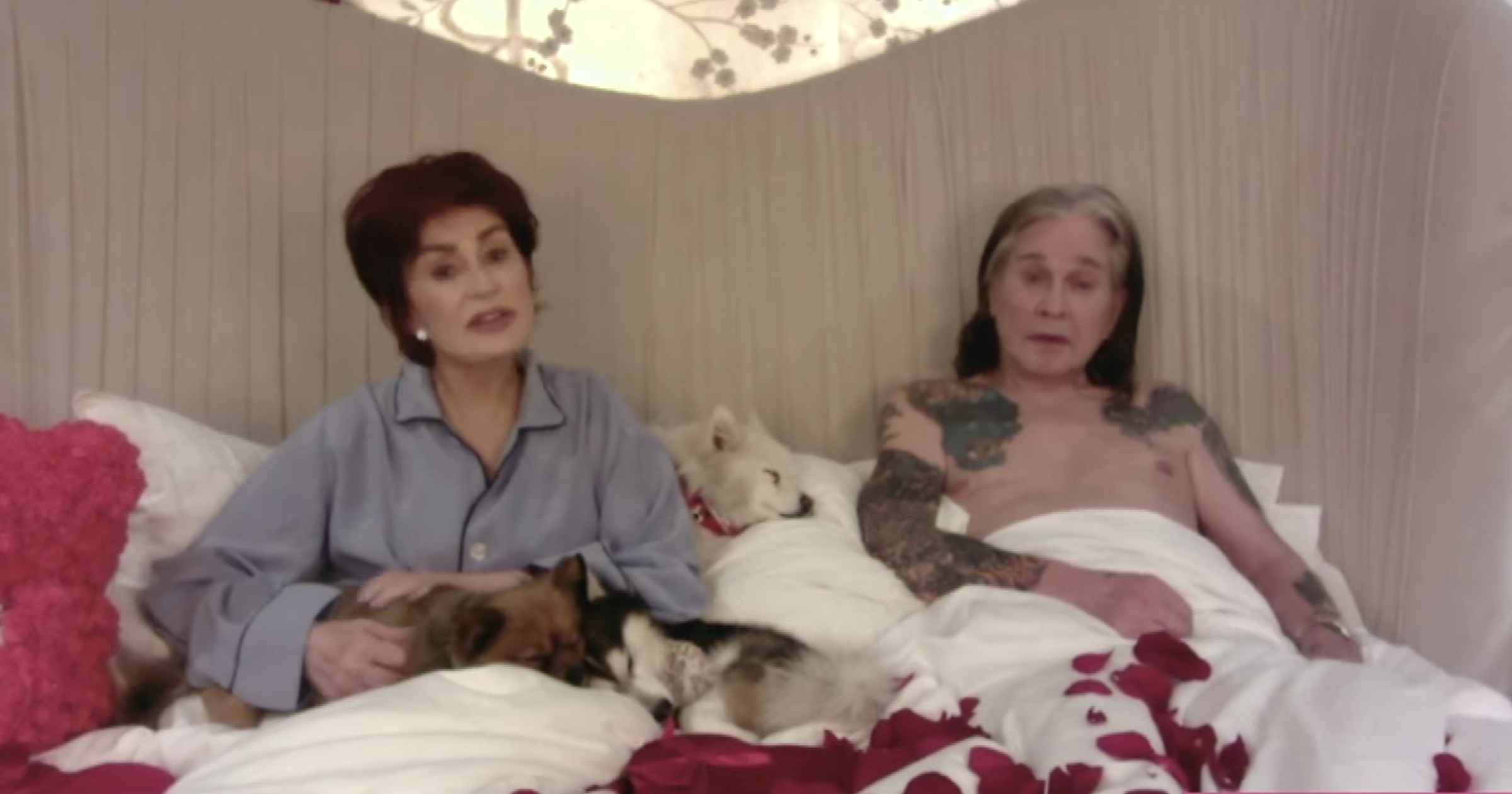 “Of course,” to which Sharon added, “He says of course – he only had it yesterday!”

“It felt like I was being stabbed,” Ozzy continued, describing the vaccination shot. “My arm was hurting yesterday but I’m glad I got it, you know?”

Ozzy's family has been dealing with coronavirus in recent months. His wife Sharon tested positive in December. Thankfully, Ozzy tested negative. In September, Sharon came in contact with somebody who ended up positive and quarantined. The couple's two granddaughters ended up testing positive, but thankfully made a full recovery.

Ozzy Osbourne: I want to get the shot, but –

Billy Morrison: You do? ‘Cause you know, the conspiracy theories, right?

Billy Morrison: Well, there's a mutual friend of ours, who I'm not going to name, who is convinced there's a microchip in it. Convinced!

Ozzy Osbourne: When you think about that, what you just said, all these different conspiracies about the f***ing vaccine. I look at it like this. If I don't get the shot and I get the virus, there's a good chance I ain't going to be here.

Billy Morrison: Absolutely. Between us, I mean, I've injected brick dust in the past, and you've snorted pretty much anything that’s snortable. You think about what we've done. Right?

Ozzy Osbourne: I mean, come on.

Billy Morrison: Think about the shit we’ve put in our bodies, and then we go, “Oh yeah, but… Ooh, I don’t know about that.”

Billy Morrison: The greatest thing is the next junkie that cleans up and goes, “is it organic?”