OZZY OSBOURNE Would Make Music With His Former Bandmates, Just Not As BLACK SABBATH 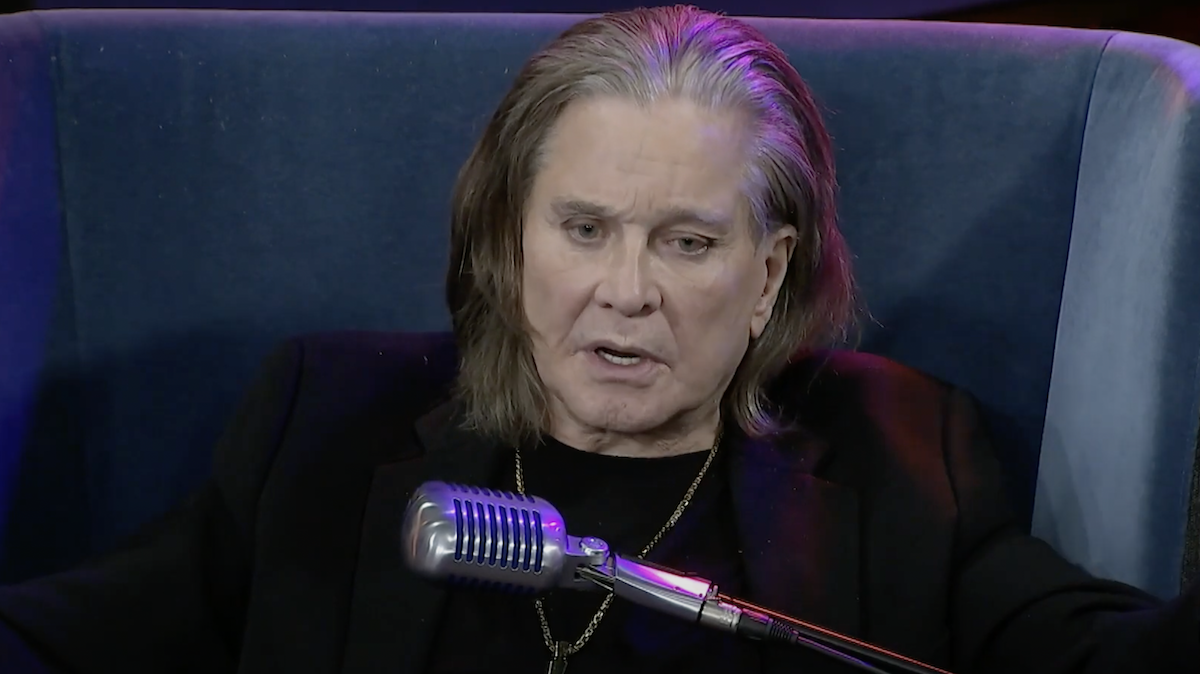 Tony Iommi and Ozzy Osbourne seem to be in agreement that their two collaborations on Osbourne's Patient Number 9 record would've fit right in on Black Sabbath's final album 13. Iommi said in a previous interview he "only wish[es] we had these songs for Black Sabbath's 13 album," while Osbourne voiced a similar opinion in an interview with Billy Morrison of Sirus XM. "That track I did on Patient Number 9 album would've been a great Black Sabbath track on the 13 album," he said. "I wasn't really in love with that 13 album."

So could there potentially be one more Black Sabbath to close out the band on a better note, and with Bill Ward on drums? In short, nope. At least not all together and not under the Black Sabbath name. Osbourne said he's bummed Ward didn't get to participate in the tour, but that he doesn't feel anything they'd do now could top what they've done. Which is a respectable way to approach a reunion – if it's not gonna be awesome, why bother?

"It was very successful for a lot of years and people wanted to see us and you know, I did that farewell tour," said Osbourne. "And the only thing about that that was, which was sad, I did, Bill Ward wasn't there."

He added: "But I've spoken to Bill since. He's all right. I would work with any of them individually. But as Black Sabbath, I think it's time. We couldn't really be what we've already done."

As for the legacy of 13, it's not great. Geezer Butler and Iommi have both expressed their distaste for the album's sessions in the past, mostly citing how they didn't like the job producer Rick Rubin did. Osbourne has also stated he simply doesn't feel good about how 13 went or how it closed the book on the band.

"Not really, because, to be perfectly honest, I didn't really get a charge from the album," said Ozzy. "Although Rick Rubin is a good friend of mine, I wasn't really… I was just singing. It was like stepping back in time, but it wasn't a glorious period. Though Geezer did a lot of lyric writing for me, which he's very, very good at. It wasn't an earth-shattering experience for me."