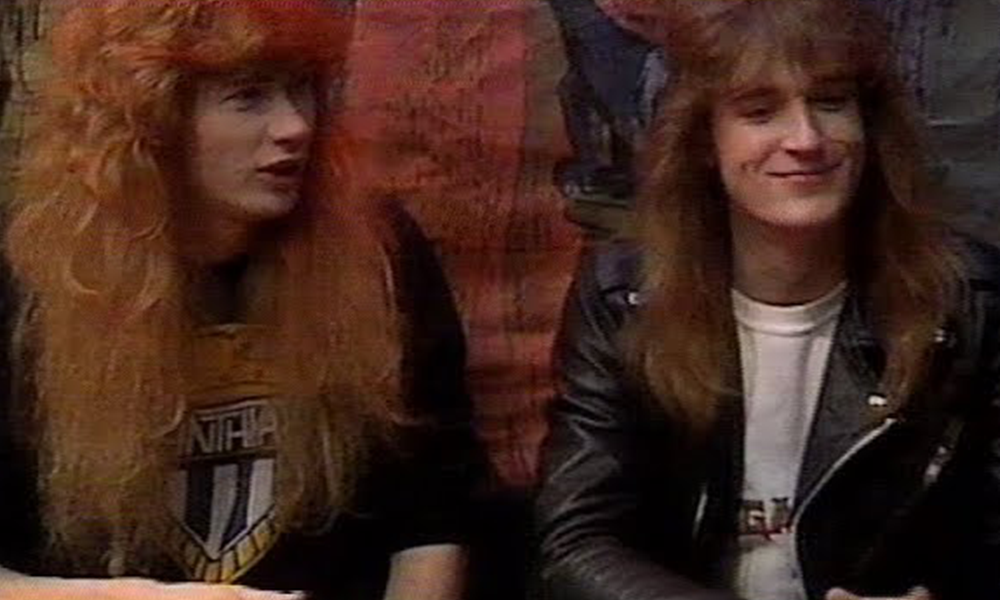 "It's widely known that the [Killing Is My Business] album is one of the fastest Thrash albums ever to descend upon mankind. However, rapid fire tempos in the band was not always the case. When we formed the group and first batch of songs were being composed in mid to late 1983, the tempos were much, much slower. In fact, almost at a Black Sabbath tempo. I recall 'The Skull Beneath the Skin' being almost half the tempo as it was finally recorded, which gave it this monstrous groove and weight. The same was true with 'Chosen Ones' which allowed me to play the bass lines with my fingers in a more Geezer-esque manner.

"However, one day a fan letter showed up to our mailbox addressed to Dave which pleaded, 'I hope your new band is faster than Metallica' and BOOM that was it…game over! That night at rehearsal, all the tempos were increased dramatically (20-40 beats per minute minimum!) and thus the [Killing Is My Business] LP represents a true turning point in the trajectory of speed being the primary calling card of cool factor with the founding fathers of the Thrash genre. Exodus was already fast as hell and once Kerry King had seen them live, Slayer would follow suit."

Ellefson said he hopes to highlight the "finer details" of Killing Is My Business on the upcoming Kings Of Thrash tour. The tour features ex-Megadeth members David Ellefson, Jeff Young, and Chris Poland alongside drummer Fred Aching, and guitarist and vocalist Chaz Leon. Get those dates below.