Gary Holt on Any Possible SLAYER Reunion Shows – "To My Knowledge, It's Done" 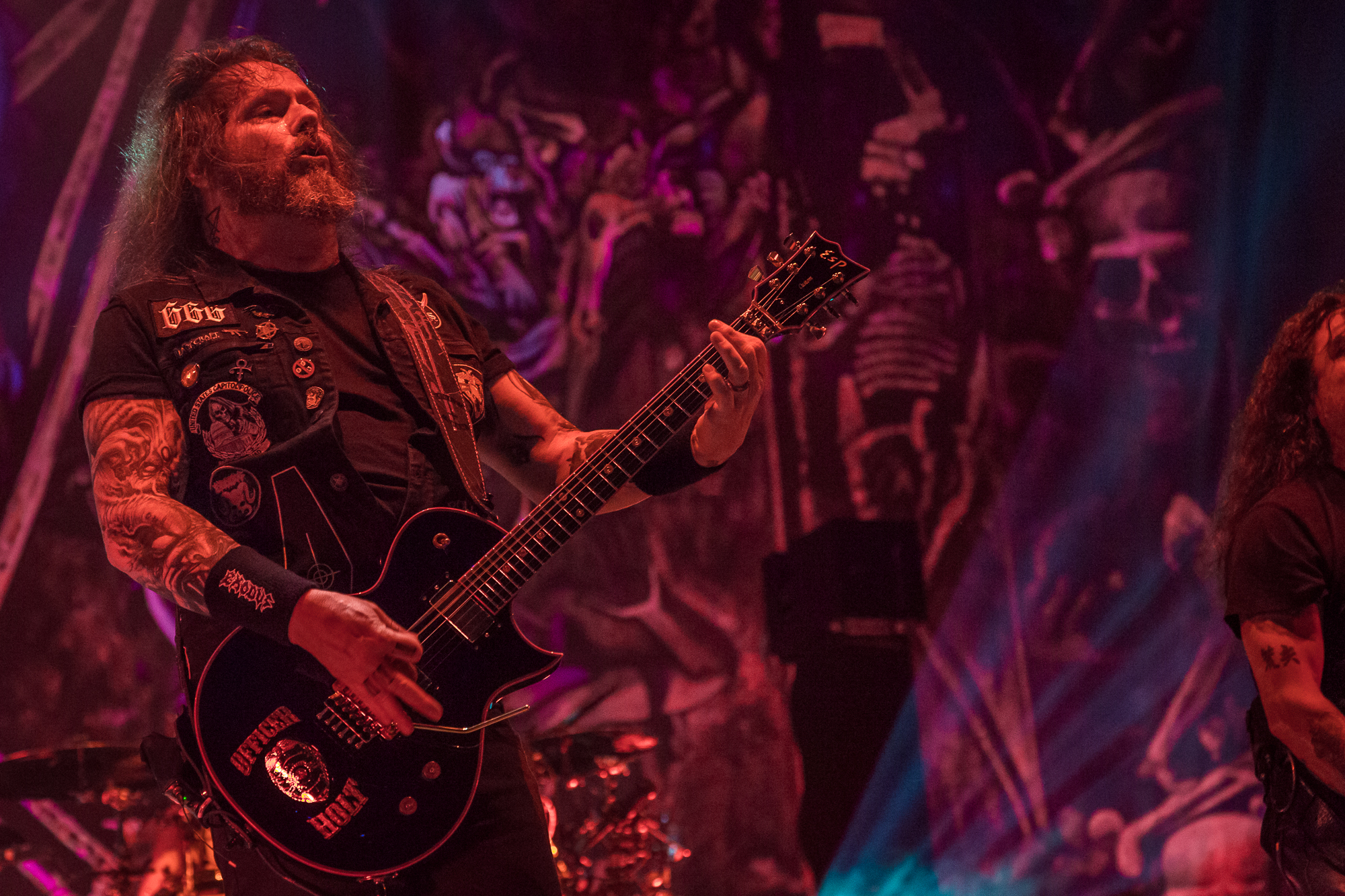 Slayer played their final show on November 30, 2019 in Los Angeles, though "final" is always in question when it comes to major acts. Black Sabbath has gone on more than one farewell tour, Motley Crue made a huge deal out of theirs in 2015 before reuniting last year, and even non-metal bands like The Eagles have said bye more than once. So it's not surprising that fans remain skeptical about the final Slayer show actually being the final Slayer show.

Though as far as live guitarist Gary Holt knows, that November 2019 show was the last one. Holt recently told the Let There Be Talk podcast that he knows nothing of a reunion and hopes the band stays done.

"To my knowledge, to what I know, it [was the final show]. People say, 'Oh, maybe they'll come back in a few years.' I don't know. If it does, if it ever happens, it has nothing to do with me. Someone else would call and say, 'We wanna [do this].' To my knowledge, it's done. And I think it should be that way. The band went out fucking on a bang, went out on Slayer's terms, and how many people get to say they did that?"

As far as post-Slayer things go right now, information remains scarce. The band's manager Rick Sales was quoted as saying "I've got a couple of ideas [for future projects], but we haven't made any decisions" in an interview, while guitarist Kerry King's wife Ayesha said "don't hold your breath" regarding new Slayer music. Though King himself just might have a new band cooking with some of his former bandmates.