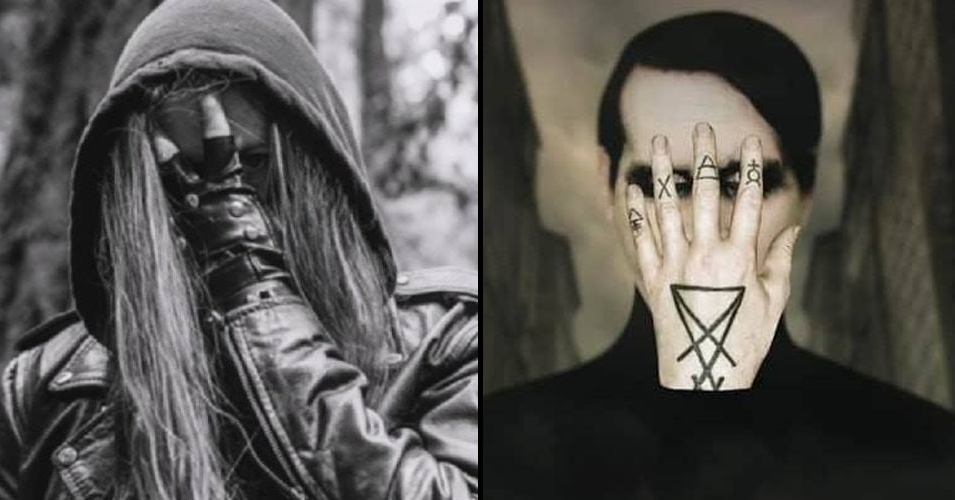 This all started when Ihsahn and Telemark artist David Thiérrée accused Taylor Swift of stealing their art. The art in question was a black and white photo of some foggy woods with a person standing in it. So not exactly an original idea that warrants accusations of theft, especially considering the "gloomy woods" thing is all over the black metal genre. While it seemed to us like Ihsahn was being tongue-in-cheek with his criticism, we're not so sure about Uada, who offer an even stranger accusation.

Uada took to Facebook to accuse Marilyn Manson of potentially stealing their "one hand over the face" look. Uada called the look their "'Left Hand Path' presence" and suggested mainstream artists are looking toward smaller musicians for new ideas. Much like a photo in the woods, having your hand over your face is not exactly an original idea that warrants accusations of theft. There are a lot of pictures of people with their hand over their faces.

"Recently we have seen claims of similarities found between Ihsahn and Taylor Swift's new album artworks," said Uada. "Yesterday we were made aware of a resemblance between our signature 'Left Hand Path' presence and the new Marilyn Manson promo photo. Coincidence or do you think mainstream artists are paying attention to the underground?"

Honestly, I don't think Uada or Ihsahn are mad about people doing something similar to them. I think they're both mad because they feel like a major artist took what they did from the "underground" and used it as part of their art. Which to an extent I get, but putting your hand over your face or having a photo in the woods isn't really some highly original idea being stolen. They're both pretty commonplace things that are bound to show up in multiple places. 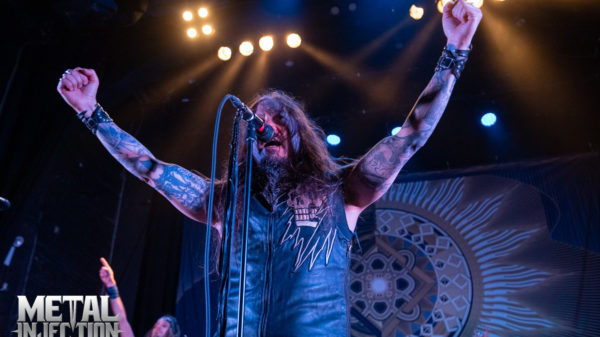