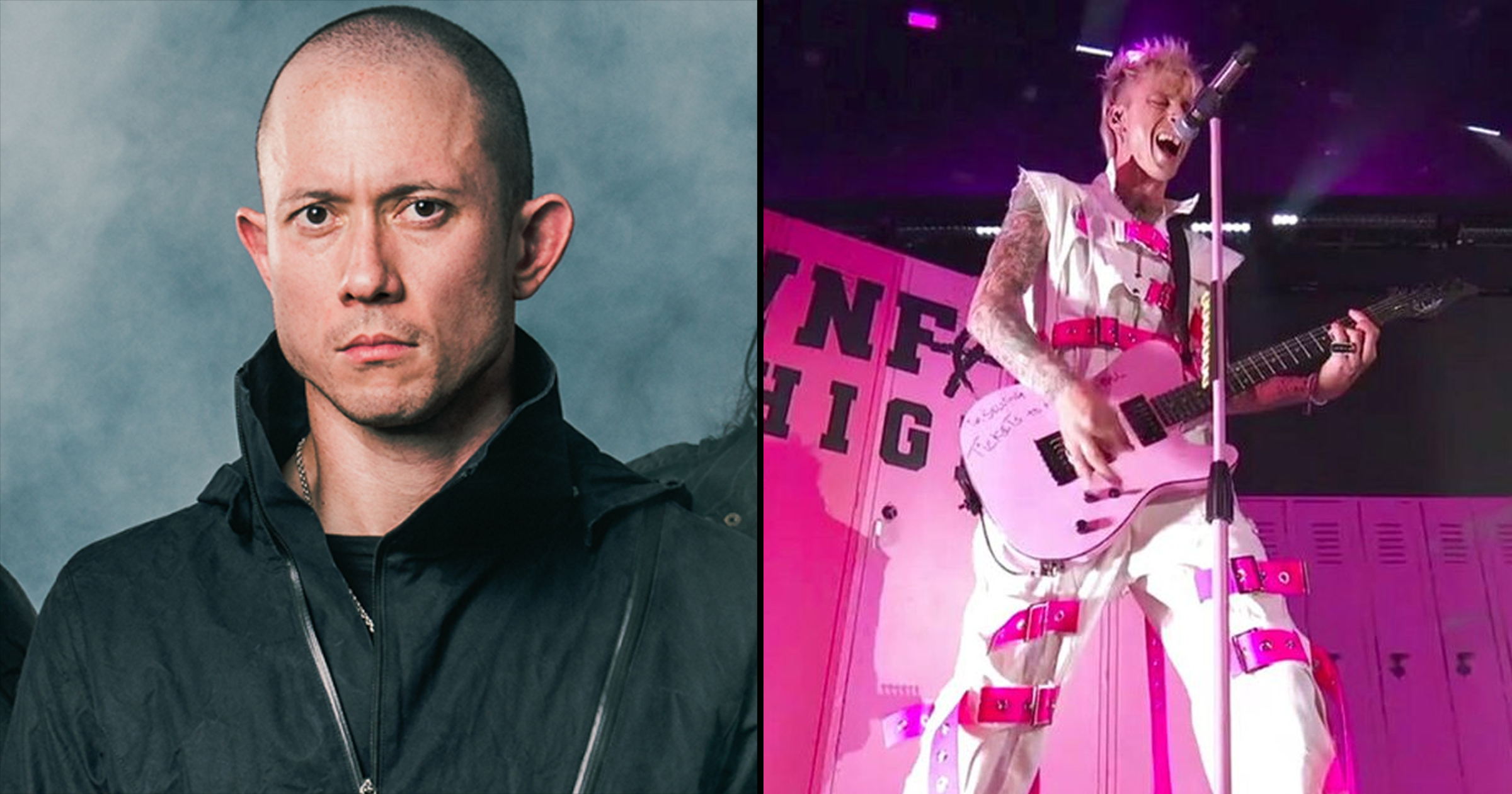 It all started in February when Slipknot vocalist Corey Taylor seemingly called Machine Gun Kelly out, when he said that he's really annoyed by young bands that jack their sound from older bands.

"You know the band they're ripping off — they're not even trying to rip off a bunch of bands; they're ripping off one band. But the younger generation picks them up and says, 'This is our blah blah blah,' because they're tired of old people telling them that the music that came before them was better. And I don't know who's right, but I know both are wrong, because we should be encouraging everything

Machine Gun Kelly responded while on stage at Riot Fest earlier this month, saying "Hey, you all know what I’m really happy that I’m not doing? Being 50 years old, wearing a fuckin’ weird mask on a fuckin’ stage. Fuckin’ shit." He then added "Turn the lights up. Let me see who chose to be here instead of with all the old weird dudes with masks," referencing that Slipknot was also playing.

Machine Gun Kelly then tried to call Taylor out on Twitter, saying that Taylor "did a verse for a song on Tickets To My Downfall album, it was fucking terrible, so I didn’t use it." Taylor provided screenshots of emails between himself and Travis Barker, the producer of Tickets To My Downfall, showing that he actually turned the spot down instead of being denied. To make things worse, Machine Gun Kelly was then booed during his set by Slipknot fans at the Louder Than Life festival on September 25.

All this has led us to Trivium vocalist and guitarist Matt Heafy getting in on the fun. Heafy took to Twitter to let Machine Gun Kelly know that he's basically a grown man cosplaying as a teenage pop punk artist. So yeah, metal isn't stoked on Machine Gun Kelly right now.

Heafy responded to a fan as to why he was addressing MGK "I never thought about him till he took a shot at Slipknot – who are a band who’s paved the way for bands like mine. Thousands of bands like mine. Squirt Gun is a clout chaser. And even though it’s all a PR stunt, a shot at SK needs an addressing."