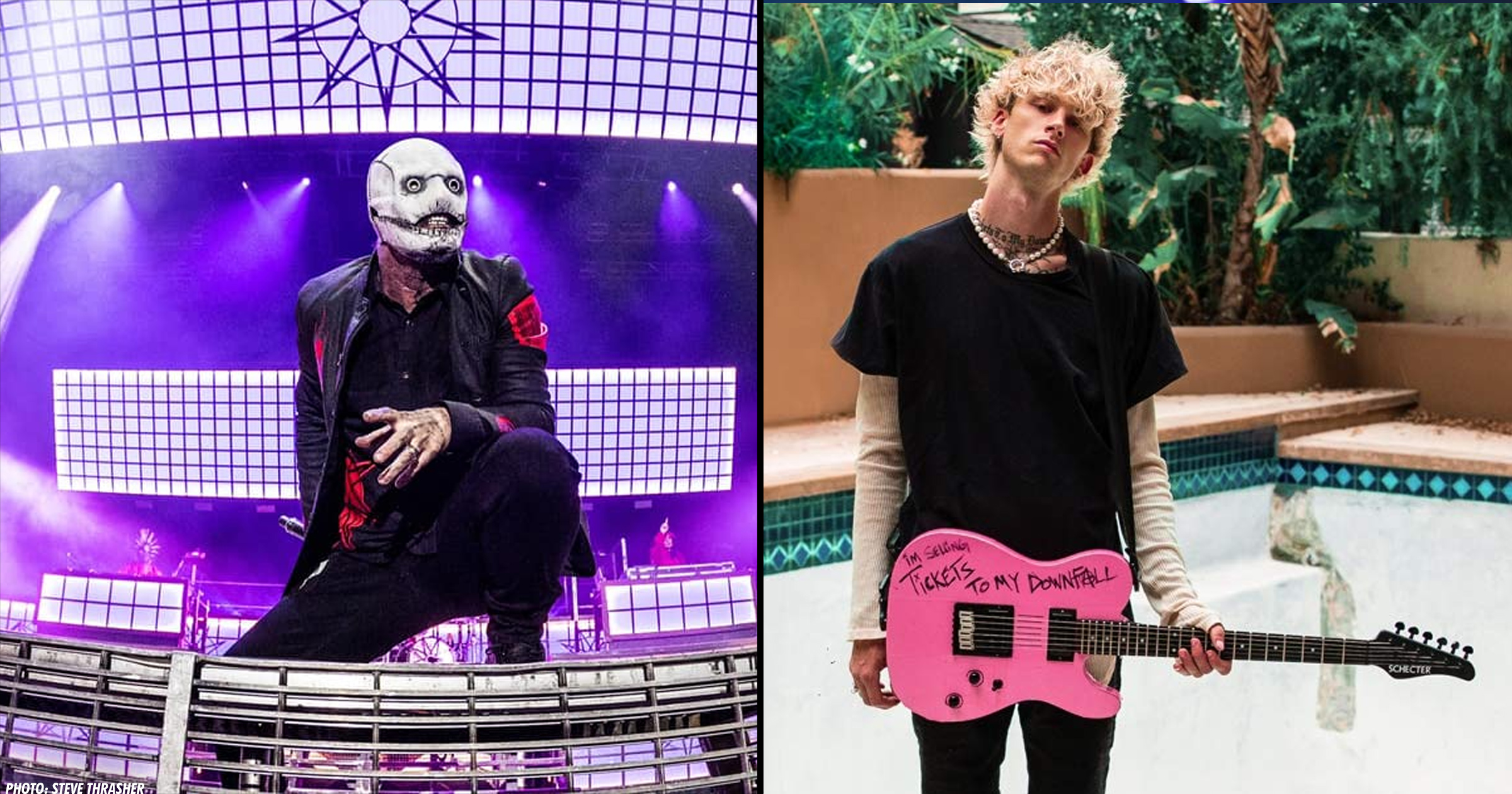 Hot new feud alert: Rapper-turned-pop-star-turned-Megan-Fox-shoulder-dressing Machine Gun Kelly had to get something off his chest at the final night of Riot Fest in Chicago last night. Kelly was closing out one stage, while on another stage, Slipknot was also closing out the event. I guess playing at the same time as the masked rockers didn't sit well with MGK, so he decided to tell his fans about it.

At one point in his set, Kelly states “Hey, you all know what I’m really happy that I’m not doing? Being 50 years old, wearing a fuckin’ weird mask on a fuckin’ stage. Fuckin’ shit. So anyway, what’s every’s favorite candy? Reese’s Pieces?”

Chicago Sun-Times reported that MGK wasn't done and shortly after added “Turn the lights up. Let me see who chose to be here instead of with all the old weird dudes with masks.” Update: Corey Taylor has responded with some receipts after MGK called him bitter. Read the update here.

The original video had been posted on Twitter, but made private, likely due to a barrage of messages. Here is the video reposted to Youtube:

Why the harsh words from MGK? It could be because Slipknot vocalist and solo artist Corey Taylor wasn't too kind to him in the press a few months ago. In a February 2021 interview with Cutter's Rockcast, Taylor said that he's really annoyed by young bands that straight up jack their sound from older bands.

"You know the band they're ripping off — they're not even trying to rip off a bunch of bands; they're ripping off one band. But the younger generation picks them up and says, 'This is our blah blah blah,' because they're tired of old people telling them that the music that came before them was better. And I don't know who's right, but I know both are wrong, because we should be encouraging everything."

Taylor went on to acknowledge he's just a big ol' grumpy grandpa, and added "I hate all new rock for the most part. I [hate] the artists who failed in one genre and decided to go rock — and I think he knows who he is," most likely referring to Machine Gun Kelly, who started his career doing pop-rap and has recently released a pop-punk type album.

"I'm just as bad. I'm the worst old fogey dude shaking his cane ever. And I hate everything. I hate all new rock for the most part. I [hate] the artists who failed in one genre and decided to go rock — and I think he knows who he is. But that's another story.

"I'm the worst. And I hate everything. And people are used to that with me, though. But I have also encouraged the younger generation to think past the boundaries of what we listen to. Do something that feels fresh; it may not have to sound fresh, but it's gotta feel fresh. If it's dead, then people are gonna treat it as dead, man."