DAVID LEE ROTH Doesn't Seem To Be Retiring After All

The retirement of Van Halen vocalist David Lee Roth has been a complicated one. Roth originally announced his retirement in October 2021, saying his Las Vegas shows scheduled for January 2022 would be his last. Then Roth named the tour The Last Tour (Unless It Isn’t), making fans wonder if he was actually retiring, and finally just cancelled all of 'em without saying why.

Then a few days ago, Roth was asked if he's actually retiring in a brief interview with FOX News, to which he replied "There's always a tomorrow for a singer, not so much for a trombone player these days." Roth then added that he's "only in the middle of my first retirement" and that he would definitely participate in a Van Halen tribute tour: "Ya, I wrote the songs… I was the one who named the band."

He also posed the question to the interviewer of how many times other famous figures have retired, saying "How many times did Rocky retire? Seven. I think No. 3 was my favorite? How many times did Rambo have to come out of retirement in order to make the sequel?" Y'know, real mysterious Roth-isms.

This isn't the first time that Roth has brought up the potential Van Halen tribute tour either. In a recent statement posted in all-caps, Roth said "IN MY MIND VAN HALEN 4r, IN THE AGE OF COVID IS GOING TO REQUIRE TWO OF US FOR EVERY POSITION. SATRIANI AND LUKATHER, ANTHONY AND NEWSTED, AL OR TOMMY LEE. PROBABLY THE ONLY ONE WHO COULD DO MY JOB TODAY WOULD BE PINK."

Anyway, welcome back to David Lee Roth… unless he retires again? I guess we'll see. Dude can still bring it live, so coming out of non-retirement is certainly welcome.

In this article: David Lee Roth 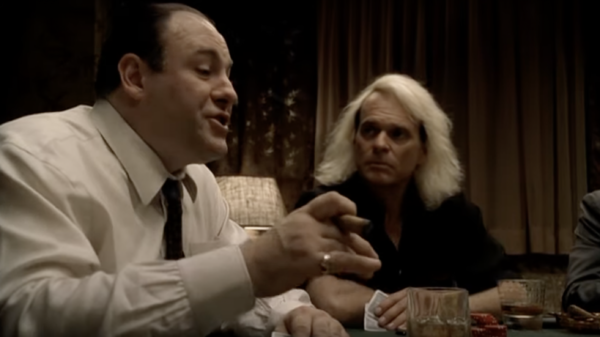 Seated at Fat Tony's right hand at the poker table.

Nothing has been rescheduled yet.