DAVE MUSTAINE Is Now A Certified Brown Belt in Jiu-Jitsu 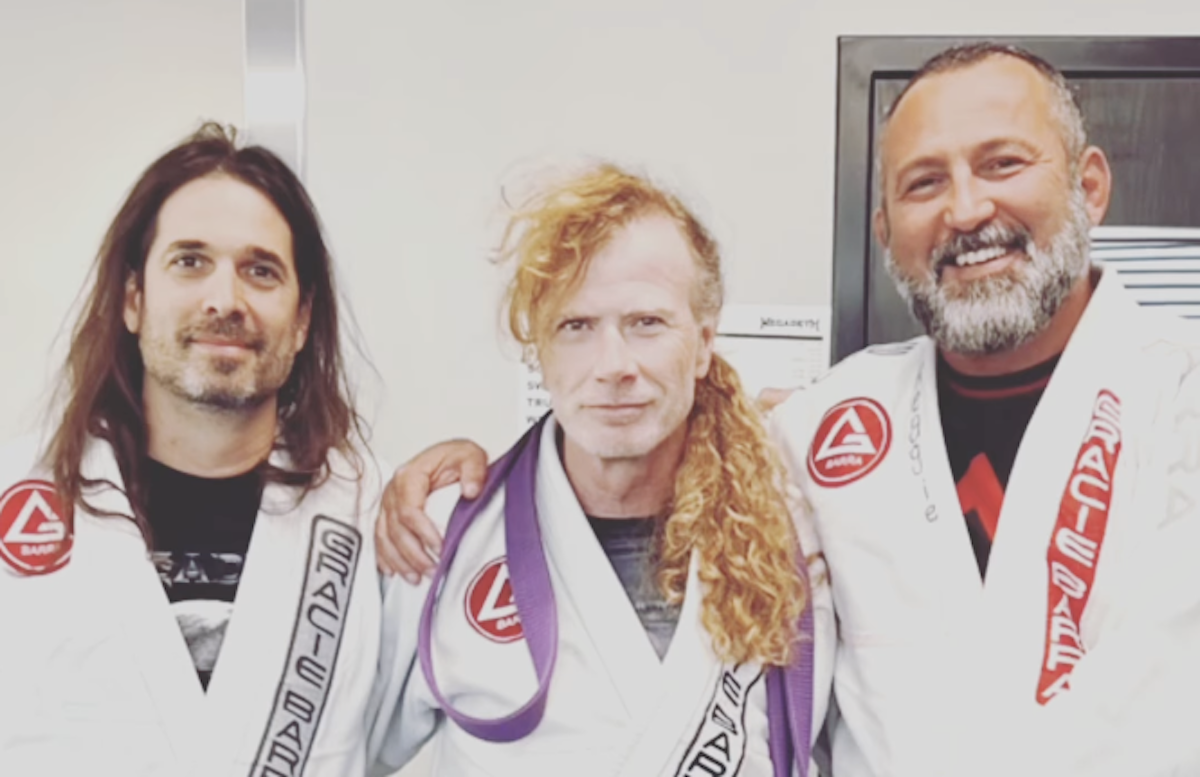 Dave Mustaine is now a brown belt in jiu-jitsu. The 61-year-old Megadeth frontman was awarded the honor by Reggie Almeida, who leads Gracie Barra Spring Hill Brazilian Jiu-Jitsu & Self-Defense, just outside of Nashville, where Mustaine's has lived since 2014.

Almeida celebrated the occasion on his Instagram account with a video of Mustaine being awarded his belt in the traditional custom set to the first single and closing track to Megadeth's recent LP, The Sick! The Dead! And The Dying!, "We'll Be Back."

"Congratulations [Dave Mustaine]. All of us know how hard is to stay focused and work towards our goals. But with small and steady paces we will get there! One step closer!"

Mustaine has spoken at length about his interest in the martial arts. In a 2010 interview with The Quietus, Mustaine said he had "a first degree in Ukidokan karate.

"My sensei — Benny 'The Jet' Urquidez — has the style of karate, kung-fu, aikido, judo, jiu-jitsu, taekwondo, Greco-Roman wrestling, Muay Thai boxing and American boxing," Mustaine explained. "So it's all those things rolled into one. It's a nine-style discipline. My second black belt is in Songham taekwondo and I was an assistant instructor in that style, and then I taught it privately for a while." [As transcribed by Blabbermouth]

Of course, we want to congratulate Dave on his latest success. The dude has gone through a lot with his health of late, and to see anybody fight back and win like that is a beautiful thing.

In other Megadeth news, a documentary of the life of former drummer, the late Nick Menza is currently in production. Menza was a member of Megadeth from 1989 until 1998, and is considered part of the "classic" Megadeth line-up, along with leader Dave Mustaine, former bassist David Ellefson, and guitarist Marty Friedman. Together, that line-up recoded the band's most successful material, including 1990's Rust in Peace and 1992's Countdown to Extinction. Menza passed away tragically in 2016 of heart failure.