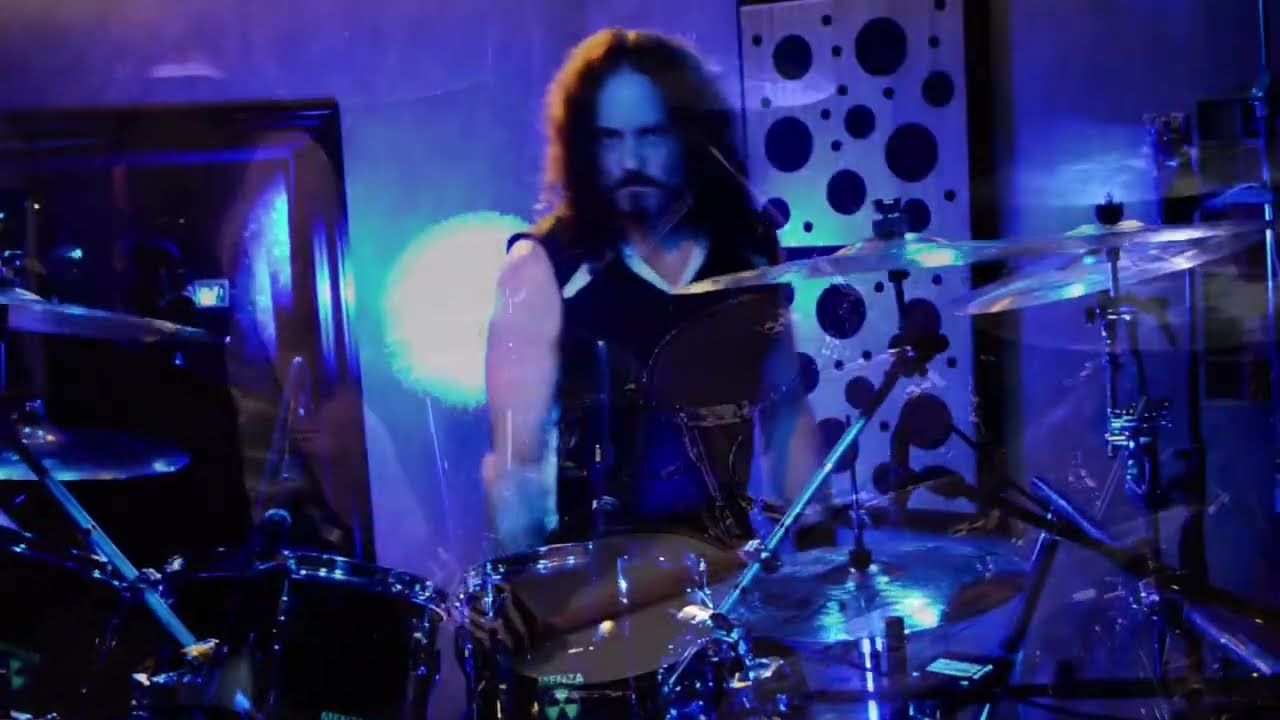 A documentary of the late drummer Nick Menza's life will be ready for lift off next year, according to the film's director. This Was My Life: The Story of Nick Menza was announced last year, and is a celebration of the famed former Megadeth drummer's life through interviews with friends and family.

The film's executive producer, director and editor, Holly Mollohan of Screaming Butterfly Entertainment, said in a video statement, "We've been working really hard, traveling across the country, getting interviews out in L. A., Seattle and Florida, collecting all the awesome stories about Nick that I can't wait to share with all of you. Right now, we're in the post-production phase, editing interviews and putting all the topics together."

"I'm trying to make a complete film and it's going along very well," Mollohan continued. "There's a lot of footage and a lot of great stories that will be very interesting to hear. I'm excited to make this film for the Menza family and all the fans, look for the complete film at the beginning of next year sometime."

You can watch Mollohan's video statement below.

The documentary is a co-production between Screaming Butterfly and Ellefson Films, the production company belonging to former Megadeth bassist David Ellefson. Last year, we reported that Ellefson would be involved with the project, with the bassist saying at the time, "I am proud to announce I will narrate/co-produce the upcoming documentary film This Was My Life: The Story Of Nick Menza and I look forward to sharing together with you the life story of one of music's most celebrated rock star drummers of all time, Nick Menza." A sizzle reel featuring Ellefson—along with commentary from former Lamb of God drummer Chris Adler, former Megadeth guitarist Chris Poland, and many more—was then released in February of this year.

In a statement, Menza's family said, "We are excited for the fans to see the life Nick lived before, during and after Megadeth. It was quite the journey. Stay tuned for an epic documentary. As Nick would say, 'It's gonna be RAD!"

Menza was a member of Megadeth from 1989 until 1998, and is considered part of the "classic" Megadeth line-up, along with leader Dave Mustaine, Ellefson, and guitarist Marty Friedman. Together, that line-up recoded the band's most successful material, including 1990's Rust in Peace and 1992's Countdown to Extinction. Menza passed away tragically in 2016 of heart failure. He was 51 years old.