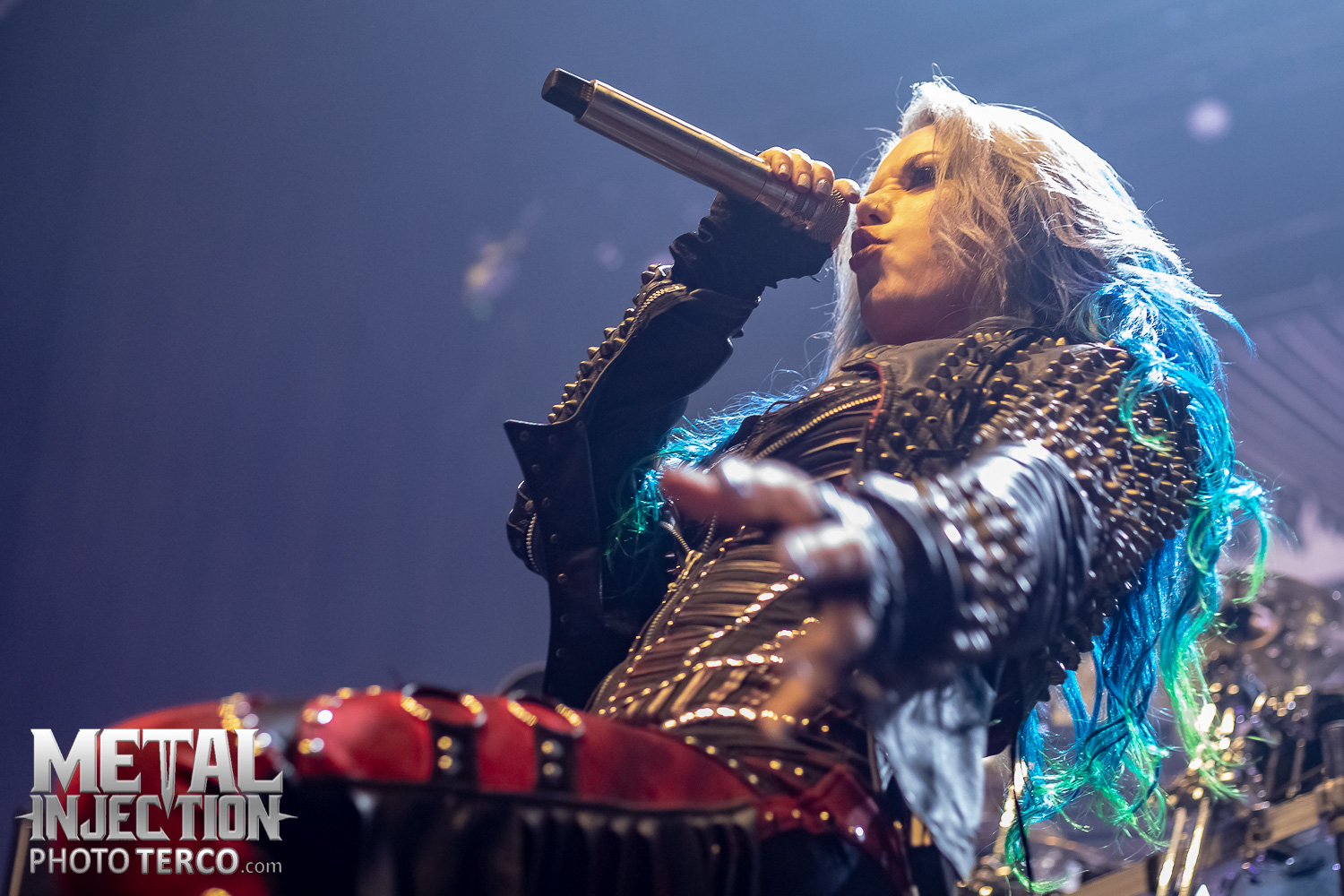 Arch Enemy vocalist Alissa White-Gluz is concerned about the future of songwriting and music consumption. In an interview with Mike McMahan of San Antonio Current, White-Gluz said she was recently talking with Arch Enemy guitarist Michael Amott and Behemoth frontman Nergal about the future of metal. White-Gluz said she's not sure who would take the place of bands like Metallica and Iron Maiden, and has some reservations about music being more of a viral content thing than a craft.

"I was just talking about that yesterday, because I was with Nergal and Michael at the The Bay Strikes Back tour, which is Testament, Exodus, and Death Angel. We were talking about it, and there's a little bit of concern, actually, for what is going to step in as fantastic music. Even if you go a little bit beyond metal, Aerosmith, let's say. Once these bands have to stop for whatever reason, Arch Enemy is right there waiting to step in [laughs].

"But there is a little bit of concern on my end. Not to say that modern music isn't fantastic, because it is. It's more that the consumption of music is less focused on the quality of the songwriting and the musicianship and the lyrics, and it's a little bit more focused on the virality of the song and made for a very short attention span. And that's not the fault of musicians. That's just the way world is. So, I'm a little concerned about maybe not having really excellent music in — let's say — 50 years."

White-Gluz continued, saying that the era of bands might be wrapping up.

"I'm a little worried that the era of bands might actually come to a close, because even the era of touring bands is not very old. If you read the Keith Richards biography, he talks about The Rolling Stones being one of the first touring bands, and I would hate to see that go away. I hope that there will be a renewed enthusiasm for live metal music. When I was watching the audience in that sold-out House Of Blues Anaheim show with The Bay Strikes Back, I was seeing everyone in the audience just loving it and having this spiritual moment in the crowd while Exodus was playing.

Arch Enemy is now out on the road with Behemoth, Napalm Death, and Unto Others this week. get those dates below.