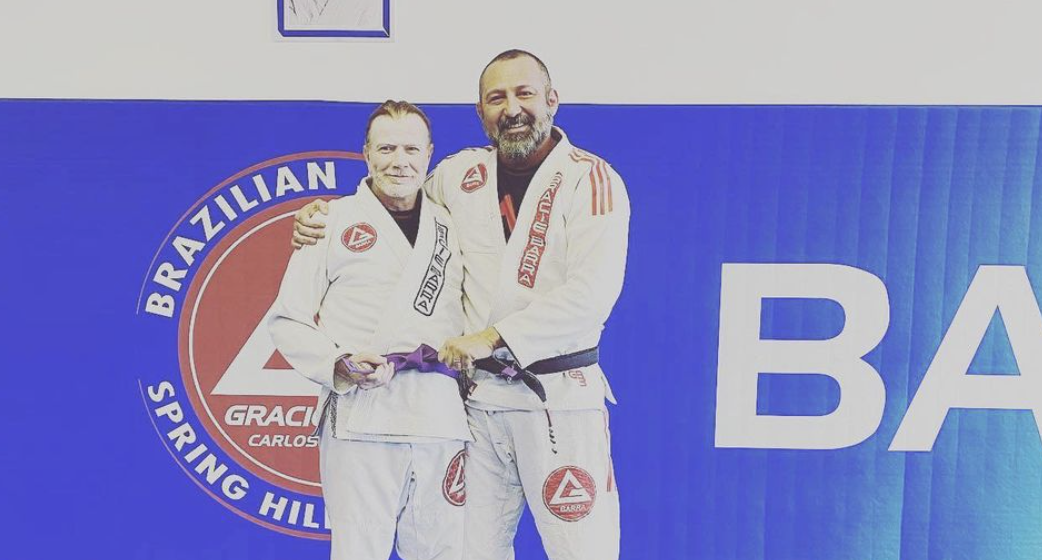 When vocalist and guitarist Dave Mustaine isn't working on the new Megadeth album, he's dilligently practicing jiu-jitsu. According to the Jiu-Jitsu Times, Mustaine recently achieved the purple belt rank in the Brazilian jiu-jitsu ranking system, which is above both the white and blue belt ranks.

According to the North American Brazilian Jiu Jitsu Federation, promotion between belts is decided by the student's master after a certain time at each rank has been achieved. Congrats to Dave Mustaine!

As far as the new album foes Megadeth recently said they have a due date for the new album, meaning things probably have to be wrapped up pretty soon.