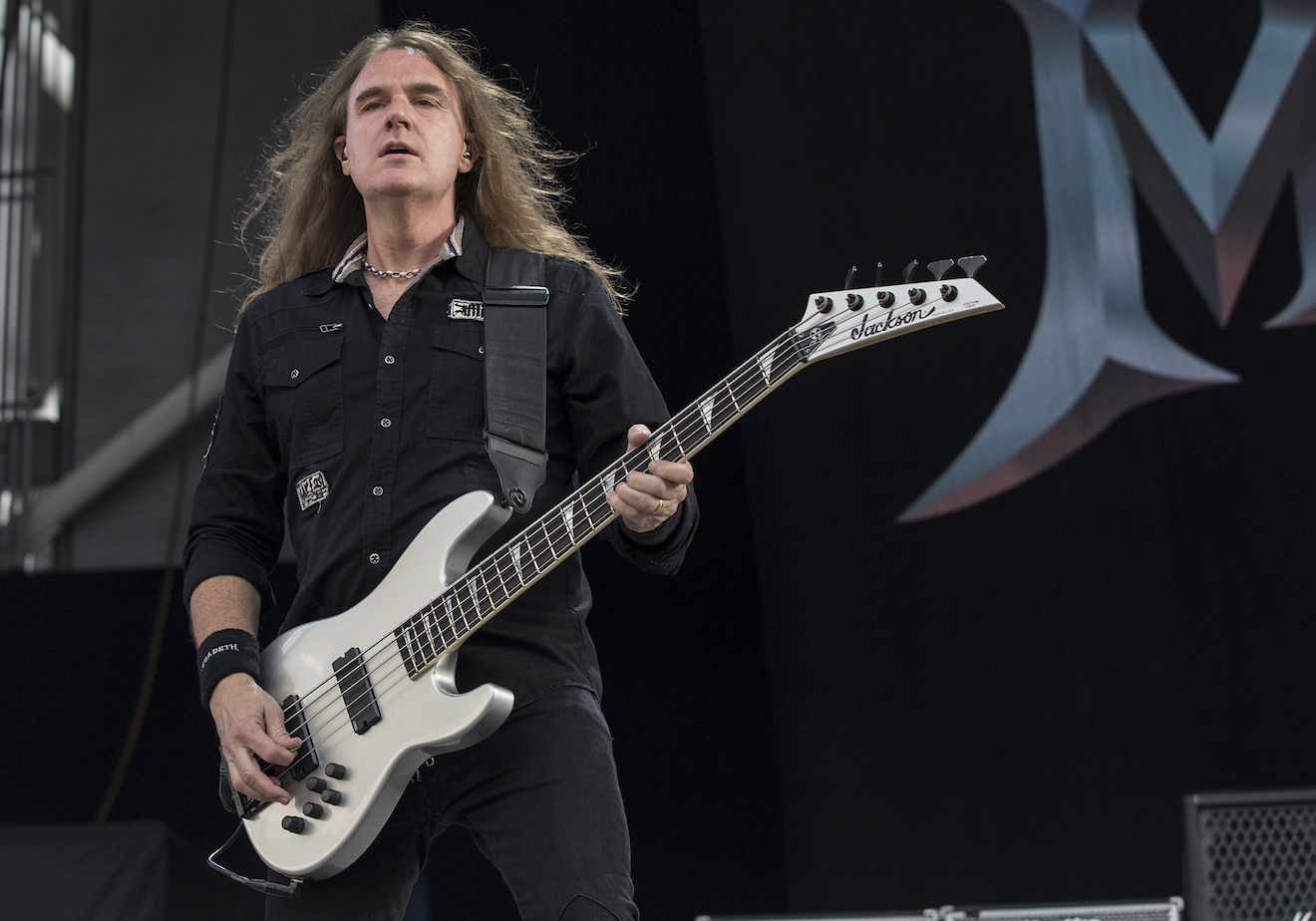 Megadeth is currently in the studio recording their new album. Vocalist and guitarist Dave Mustaine said the new material is up there with Countdown to Extinction and Rust in Peace, and what we've heard the band tease in the past has been super heavy. Now we've got yet another interesting revelation, this time courtesy of bassist David Ellefson; the new record is tough as hell to play!

Ellefson told Metal Rules the new record has riffs way harder to play than anything off Rust in Peace, and called the record "insanely progressive." He also said it's definitely not another Super Collider.

"It's definitely not in the Super Collider vein. I think it's Dystopia, and even way past that. It is a very technically challenging record. Dave and I agree that there are riffs on this record that are way harder to play than any of the stuff on 'Rust In Peace'. It is an insanely progressive record.

"I remember when I was a kid and heard Geddy Lee and Neil Peart play something inhumanly impossible. I had that same feeling now on our record with Dirk Verbeuren. It lit me up. I was, like, 'Holy shit! This is a moment that I have never felt or experienced until now.' Who knows? Maybe I needed to be 55 years old to experience and accomplished it with a seasoned guy like Dirk. That's the emotion, fucking fire, and spirit that I have around this new record."

The new Megadeth record will be their first with drummer Dirk Verbeuren (ex-Soilwork).