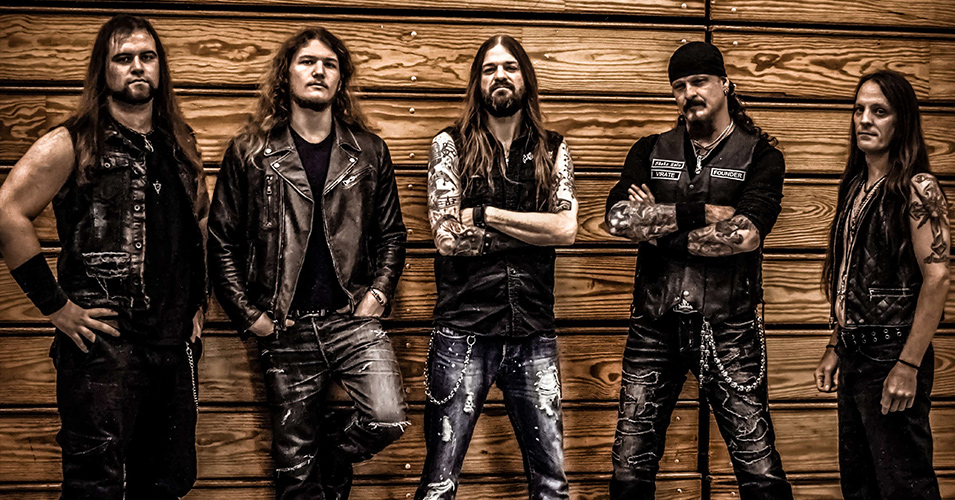 While Iced Earth's record label, Century Media, has yet to offer any official comment on one of their artists being involved in the Capitol insurrection, their actions seemingly speak louder than their words. They have removed Iced Earth and Demons & Wizards from the official listing on their website.

Iced Earth guitarist Jon Schaffer turned himself into law enforcement and was arrested, charged for his role in the Capitol insurrection on January 6. The rest of the band released a statement last week, denouncing the violence at the Capitol without directly addressing Schaffer. Similarly, Schaffer's Demons & Wizards collaborator Hansi Kürsch said he was "shocked" by the violence at the Capitol without directly referencing Schaffer's role.

However, if you were to visit their website this afternoon, you would notice that both of Schaffer's bands that were affiliated with the label have been scrubbed from the site. Centuiry Media declined to comment on the move, according to MetalSucks.

Here is what their artist page looks like now:

A quick peak at the Internet Archive shows the bands were listed on the site last month. The deep links to both the Iced Earth page and the Demons & Wizards page have also been disabled.

The FBI charges against Schaffer claim that the Iced Earth guitarist had a can of bear mace with him and used it to spray Capitol officers. Bear mace is considered a higher grade form of pepper spray, typically used to ward off bears.

Schaffer is dealing with the following charges:

Two local Indiana news outlets, WISH-8 and WTHR-13 have since reported on the story, spotlighting new photos of security footage that purport to show Schaffer holding the bear mace. You can view those videos here.

Fans of Schaffer recently began demanding refunds for his Kickstarter campaign for Wicked Words & Epic Tales, which is "a collection of Jon Schaffer’s lyrics, interviews and a chronicle of the artwork that they inspired."